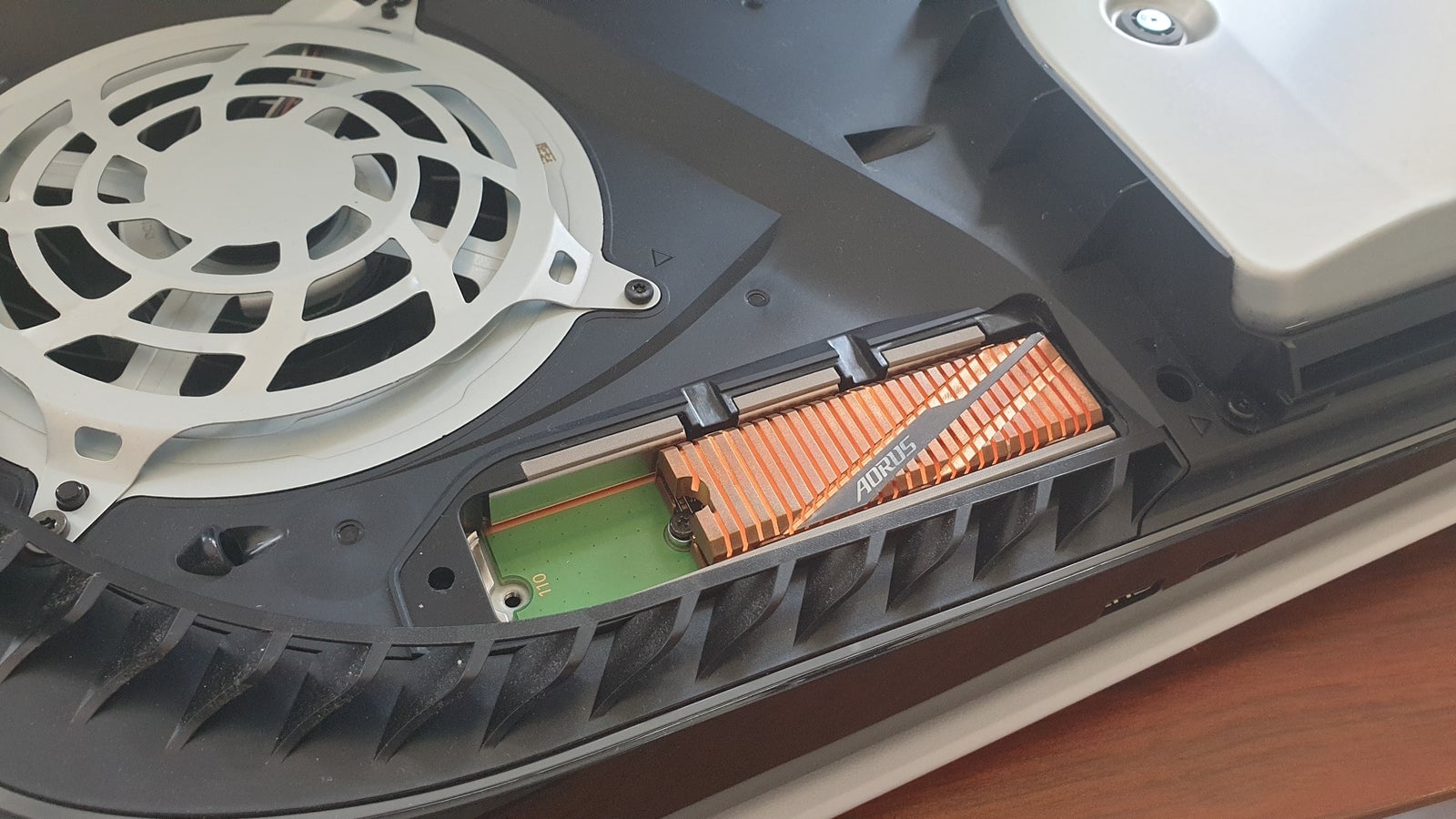 Warzone 2.0 is here, and just like its predecessor its huge size and frequent updates mean that PS5 storage space is at a premium. Rather than deleting your other games though, consider picking up an SSD upgrade – it takes only a minute to install a high-speed SSD and costs less than you might expect. To help out, we’ve rounded up some of the best PS5 SSD deals in the US and UK.

Before jumping into the deals themselves, it’s worth exploring why we’ve done this for PS5 storage, as opposed to Xbox storage. The fact is that PS5 drives are way cheaper than Microsoft’s proprietary storage card system, which, for a 1TB option, is double the price of some of the top-performing PS5-compatible SSDs. These PS5 SSDs are also just as fast as the internal drive, so you’ll be able to play games off of them no problem at all, and their installation is easy too.

So, that’s our selection of some of the best UK deals on PS5 SSDs right now. The Adata XPG Gammix S70 Blade is the best bet overall, with blazing-fast read and write speeds and a preinstalled heatsink that helps keep speeds high during sustained play sessions. Alternatively, the WD Black SN850x offers the fastest speeds we’ve ever seen on a SSD at a slightly higher price, and also comes with a heatsink in 1TB or 2TB sizes.

Meanwhile the Crucial P5 Plus is one of the best value options out there, with slower speeds that still easily transcend Sony’s requirements. Note that Sony recommends picking up a heatsink (which are cheap as chips) but this isn’t strictly necessary – you may just see slightly slower speeds over longer play sessions that are unlikely to affect game load times. Note that a 2TB model is also available for £187.49.

And to go with them, there are some of the best US deals on PS5 SSDs we can find at the moment. Any of them will be solid choices to pair with your console, but the WD Black SN850 and the Samsung 980 Pro both come with heatsinks, as well as the option for a larger 2TB capacity, which will be best if you want to properly future-proof your console for more new games. Meanwhile, the Adata Premium is the cheapest 1TB option right now, and also comes with a heatsink making it a strong choice.

If none of the SSDs above tickle your fancy, then feel free to check our list of the best PS5 SSDs which also has more information on the installation procedure and Sony’s requirements for compatible SSDs.

If you have any questions, or you find a better deal we should be recommending, do let us know in the comments below! You can also find us on twitter @dealsfoundry and @dealsfoundryusa, where we share console and PC tech deals as we find them. Good luck out there!

In Loving Memory: Obituaries Of The Week February 20, 2022

Elon Musk Vs. Jack Dorsey: Here’s Who Wins This Fight

What is Taylor Hale’s net worth? ‘Big Brother’ Season 24 star...