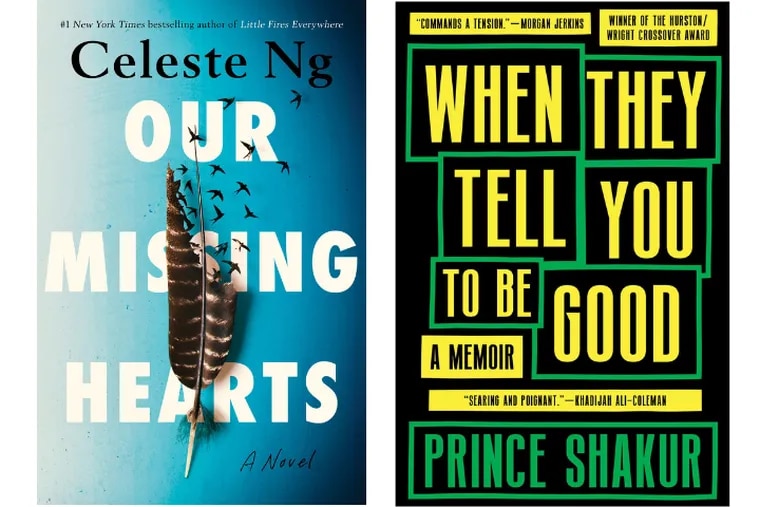 I’ve got space on the brain, partly because I keep re-watching the stop-motion gif of a NASA satellite slamming into a bumpy little asteroid in the hopes of bopping it off its orbit.

It’s the science-fact version of a science-fiction idea dreamt up long ago, and I just love that kind of stuff. I’ve got bookmarks in several old pulp novels with comets and spaceships and aliens on the cover. I watch as many rocket launch livestreams as I can. (An app called Next Spaceflight sends me alerts. Recommended.)

I’m also dreaming of starry skies thanks to a nifty new novel called Singer Distance by Ethan Chatagnier. It’s set in an alternate history in which humanity’s smartest scientists dig canals in the desert, fill them with gasoline and light them on fire in an attempt to communicate with Mars. In a startling turn of events, the Martians write back. And so a centuries-long conversation begins with the unseen denizens of the Red Planet scrawling complicated math questions across their planet and the best minds on Earth struggling to work out the solution to send back.

Avid readers of niche-y, atmospheric, weapons-free sci-fi — there are dozens of us! — may recognize this business of sending messages to Mars via fiery trenches in the desert. It’s pretty much the crux of Equilateral, Philly author Ken Kalfus’ lovely 2013 novel about a Victorian scientist’s obsessive attempts to construct such a site despite harsh conditions and a great personal sacrifice.

Singer Distance feels like a recent, character-driven indie film in the vein of Safety Not Guaranteed or Seeking a Friend for the End of the World. Equilateral has more of a Fitzcarraldo via Merchant Ivory vibe.

Pretty much the only thing the books have in common is the whole fiery text message to Mars conceit. I have no idea whether some previous book or movie test-drove this premise before, and I have no idea whether this method of communication would actually work. I don’t want to know. I’m smitten with the low-tech Jules Verne-iness of the concept.

And I’m very much into the tradition of sci-fi authors building on each other’s ideas, remixing them, and putting them in new contexts. Both books have made their desired impact on me.

And now here are a few more books that could knock you off your orbit.

We live in a golden age of dystopias (see: the last decade of books, TV shows, the news), so it’s understandable if you’re getting tired of all these inventive iterations of the world at its worst. But don’t skip this one. Celeste Ng, who scored a runaway hit with 2017′s Little Fires Everywhere, returns with an intense and stirring coming of age story set in a near-future where the United States is terrified of losing its economic edge to China. In order to raise upstanding little patriots and rein in troublemakers, Congress passes a shrewd piece of legislation called the PACT (Preserving American Culture and Traditions) Act. That’s what a young Chinese-American boy named Bird is up against when he starts asking questions about his mom, a fugitive poet whose books have long since been recycled into toilet paper. (Ng will be at the Parkway Central Library on October 7.) (Penguin Press, $29, October 4)

Youth is rarely an upside when it comes to memoirs, but Prince Shakur — a queer twenty-something Jamaican-American Youtuber/podcaster/writer/activist — uses his tender age to his advantage, emphasizing the emotional landmarks along his journey. Shakur recounts it all in vivid prose: investigating the murder of his father, coming out to his mother, losing friends, nurturing his political mind, finding joy and confusion and heartbreak in the Philippines, Paris, Standing Rock, Ferguson, etc. Edited by Hanif Abdurraqib and released by respected indie publisher Tin House, When They Tell You To Be Good is moving, illuminating, occasionally gorgeous and often powerful. (Tin House, $27.95, October 4)

Two things stuck with me after the AWP writers conference last April: One was covid, and the other was the thought “I cannot wait for Stephanie Feldman’s Saturnalia.” Those lucky enough to attend a sold-out reading by members of the famed Claw authors enclave came back buzzing about this wild novel set in a shadowy, fantastical Philadelphia. I’m happy to say Saturnalia was worth the wait. Feldman spins a web of intrigue and wonder across a city beset by dark powerbrokers, climate upheaval, deadly mosquitos and lavishly costumed pagan social clubs marching down Broad Street in celebration of the winter solstice — and somehow never uses the M word. (Unnamed Press, $28, October 11)

➡️ Buy it now on bookshop.org

Sure, he won the Booker prize for his 2017 “experimental novel” Lincoln in the Bardo, and breathed nerdy vitality into classic Russian literature in last year’s non-fiction masterclass A Swim in a Pond in the Rain, but any George Saunders stan can tell you: Short fiction is his wheelhouse. Hilarious and doomy but rarely gloomy, the stories in Liberation Day (many of which were road-tested in the New Yorker over the last several years) are set in worlds just a few multiverses away from our own, where our fears and foibles can be observed with clear eyes and deadpan wit. In “Love Letter,” a grandfather reminds his grandson to keep his head down in a next-gen Trump dystopia. In “Ghoul,” actors in a subterranean haunted house attraction try to navigate a pedantic, bureaucratic hell. Everything is terrible; you’ll love it. (Random House, $28, October 18)

You could read this slim story collection in a day, no problem, but its images of domestic discomfort will stick with you: white cheese, low calorie marmalade, a deflated soccer ball, tire tracks on a lush green lawn, clothing strewn on geometric bushes. Argentinian author Samanta Schweblin (Fever Dream, Mouthful of Birds) has an eye for smudges in the manicure, those people and moments polite society doesn’t know what to do with — a grieving mother, naked grandparents, an unhinged thief burying a stolen sugar bowl in her backyard — all described with care and grace. (Riverhead, $25, October 18)

A grieving writer looks back on her relationship with her charismatic, enigmatic mother in this highly anticipated novel by the author of Bowlaway and A Giant’s House. When it comes to blending humor and heartache, Elizabeth McCracken is the best in the biz. P.S. She’ll be at the Parkway Central Library with Yiyun Li October 6. (Ecco, $26.99, October 4)

The Nobel-prize winning author of My Name Is Red, Snow, etc., delivers a mischievous historical novel set on a fictional island between Greece and Turkey during the fall of the Ottoman empire. (Knopf, $34, October 4)

A lonely man walks from New York to Arizona in an attempt to reset his life after a bad breakup in this oddly uplifting new novel by the author of A Children’s Bible. (W.W. Norton, $26.95, October 11)

In this hilarious, eye-opening memoir, an American TV producer recounts her adventures in bringing Bert, Ernie, Oscar and friends, to post-Soviet Russian television in the mid-’90s. (Rowman & Littlefield, $26.95, October 17)

➡️ Buy it now on bookshop.org

Ruben Randall - July 17, 2022 0
TV/Movies
If there's only one film that could accurately claim to be the "greatest action movie of all time" with little to no debate, it...

How to watch the new Great American Family Christmas movies this...