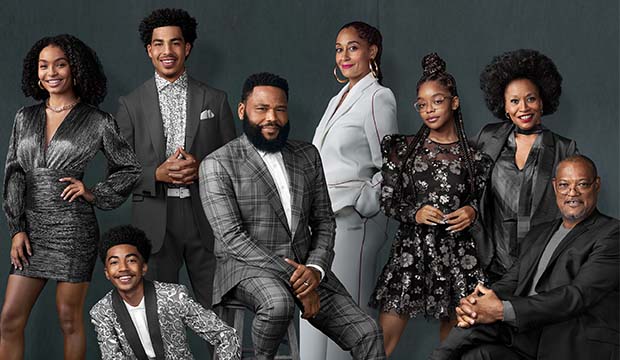 The series finale of “Black-ish” will air Tuesday, April 19 on ABC. After eight seasons and 175 episodes, the Johnson family will say farewell in the “Homegoing” episode, which is sure to be emotional for fans of the influential comedy series.

As part of their homegoing celebration, the cast of “Black-ish” participated in PaleyFest earlier this month to discuss their groundbreaking sitcom as well as some of their favorite episodes. Below you can read which episodes Anthony Anderson, Tracee Ellis Ross, Yara Shahidi, Marcus Scribner, Marsai Martin, Miles Brown and Jenifer Lewis loved most. The conversation was opened up following a screening of the series’ penultimate episode from Season 8, “If a Black Man Cries in the Woods…”

“It’s something I don’t think we’ve seen on television in quite some time,” Anderson stated. “Generations of Black men expressing themselves in the way that we did on that man trip. Just being vocal about the love that we share for one another, and just being vulnerable, especially in a world in which we live in today where we have to keep up this front of nothing ever affecting us. Just keeping that stone face and that wall up. It’s okay to have people peek inside, especially your loved ones.”

“To be honest it was one of my favorite episodes we’ve ever done on the show,” Sribner added. “Getting to see Dre and Pops and Junior all connect and share their feelings for each other, and be vocal about how they’re truly doing in this difficult world in these difficult times, is a beautiful thing. As an actor, it was nice to be vulnerable. We were filming in the woods and I felt like I was able to take the time to bring the performance that I wanted. I had the castmates that I’ve shared so many memories and years with. It was a beautiful experience and I’m really thankful to be part of the show and part of that moment.”

“The Pilot” (Season 1, Episode 1)
Advertising exec Dre looks forward to a promotion that would make him the first African American senior vice president at his firm in the premiere of this family sitcom, but he worries that there is a price to pay for his success when his son Andre Jr. announces that for his 13th birthday he’s converting to Judaism in order to have a Bar Mitzvah like all his friends.

“That’s what set everything up and that’s the foundation,” Anderson said.

“The Talk” (Season 1, Episode 2)
Dre insists on giving Andre Jr. “the talk,” a decision he soon comes to regret when he’s inundated with nonstop questions about sex from his curious son.

“The Nod” (Season 1, Episode 3)
Dre is on a mission to get Andre Jr. to become friends with more black kids after learning his son is clueless about “the nod.” Meanwhile, Rainbow wants to inspire little Diane to become a doctor, and so she takes her to work at the hospital on what ends up being a really bad day.

“It’s what we do as Black people,” Anderson explained. “It’s a universal, ‘I see you,’ if no one else does. And also to recognize that if some shit goes down you got my back!” Ellis Ross added, “When I was in my teens my sister Rhonda nodded at someone and I was like, ‘Oh, do you know them?’ And she was like, ‘No, but that’s what you do,’ and I didn’t understand. I was young, she explained it. My white side was confused!”

Lewis brought it full circle stating, “You know that nod really is, I love you. It is. It’s I love you, I see you and I respect you. Sometimes you can’t get across the room to touch somebody, but you see them over there.”

“Crime and Punishment” (Season 1, Episode 5)
The kids fear that an act of disobedience by Jack could lead to Dre and Rainbow going back on their word and reinstating spanking.

“The Dozens” (Season 1, Episode 15)
Dre teaches Andre Jr. how to trash-talk a school bully; Diane is afraid of the dark. In the last trash-talk of the episode, Dre calls Junior “Raven Symone with a fade”; Raven-Symoné would go on to guest star as Dre’s sister in episode 22.

“Those were real life experiences I was going through, going into high school,” Scribner revealed. “That was my freshman year and having those experiences and those conversations with my parents. Seeing life imitate art was exciting to me.”

“THE Word” (Season 2, Episode 1)
After Jack, performing Kanye West’s “Gold Digger” at his school talent show, raps the N-word, he is threatened with expulsion from the school.

“Hope” (Season 2, Episode 16)
After watching breaking news coverage regarding the indictment of a police officer, Andre and Rainbow teach Jack and Diane the history of discriminatory brutality. Junior tries to sneak down to the protests, but Zoey convinces him to change his mind.

“I knew we were a good comedy and I knew that we had good chemistry as a sitcom,” Brown said. “But that was the first time I really understood that this show has a way deeper meaning than just telling jokes. I was about 10 years old and I didn’t understand everything we were talking about. My parents watched that episode and that was what made them think, maybe we should have this conversation with Miles, now that we’ve seen this episode. I think this show has a lot of ice-breakers for families.”

“Being Bow-racial” (Season 3, Episode 8)
Bow deals with feelings about her own biracial identity when Junior brings home a white girlfriend. Dre counts on Charlie to teach him how to relate to the white point-woman for a big work presentation. Zoey wants to remodel Jack and Diane’s room.

“Lemons” (Season 3, Episode 12)
Two months after the 2016 presidential election, the Johnsons are still sad that Donald Trump won. No one at Dre’s work is happy, either, and they have a fit when Lucy admits that she voted for Trump. After much discussion, Dre suggests that it’s time for the entire nation to come together.

“Juneteenth” (Season 4, Episode 1)
The Johnsons go to Jack and Diane’s school play about Columbus Day and Dre is dismayed by the historically inaccurate way that the holiday is portrayed. He feels like there aren’t enough black holidays, so he enlists Aloe Blacc at work to help him create a catchy song to raise awareness for a holiday worth celebrating: Juneteenth.

“The experience with our cast was really special,” Ellis Ross stated. “We had a week of rehearsal in advance and doing choreography with everybody. The safety of our cast and being able to try something new with a group of people you feel so safe with. You guys don’t know this, but I’m not great at certain things. They helped me along (with the choreography).”

“Mother Nature” (Season 4, Episode 2)
Bow feels overwhelmed after Devante’s birth and learns that she is suffering from postpartum depression. Dre urges her to get help and stands by her side while she works through it. Meanwhile, the kids try to help their parents by baby-proofing the house.

“I thought that was particularly well written,” said Ellis Ross.

Why Does the God of War Ragnarok Jotnar Edition Have No Disc?

Ruben Randall - August 17, 2022 0
Actor
A virtual production of Kenneth Lonergan’s This Is Our Youth streams October 20 at 8 PM ET as part of Broadway’s Best Shows’...

Kris Jenner Responds to Question About Daughters Having Kids with “Men...

Reynolds And Lively Visit Santa At The North Pole Express