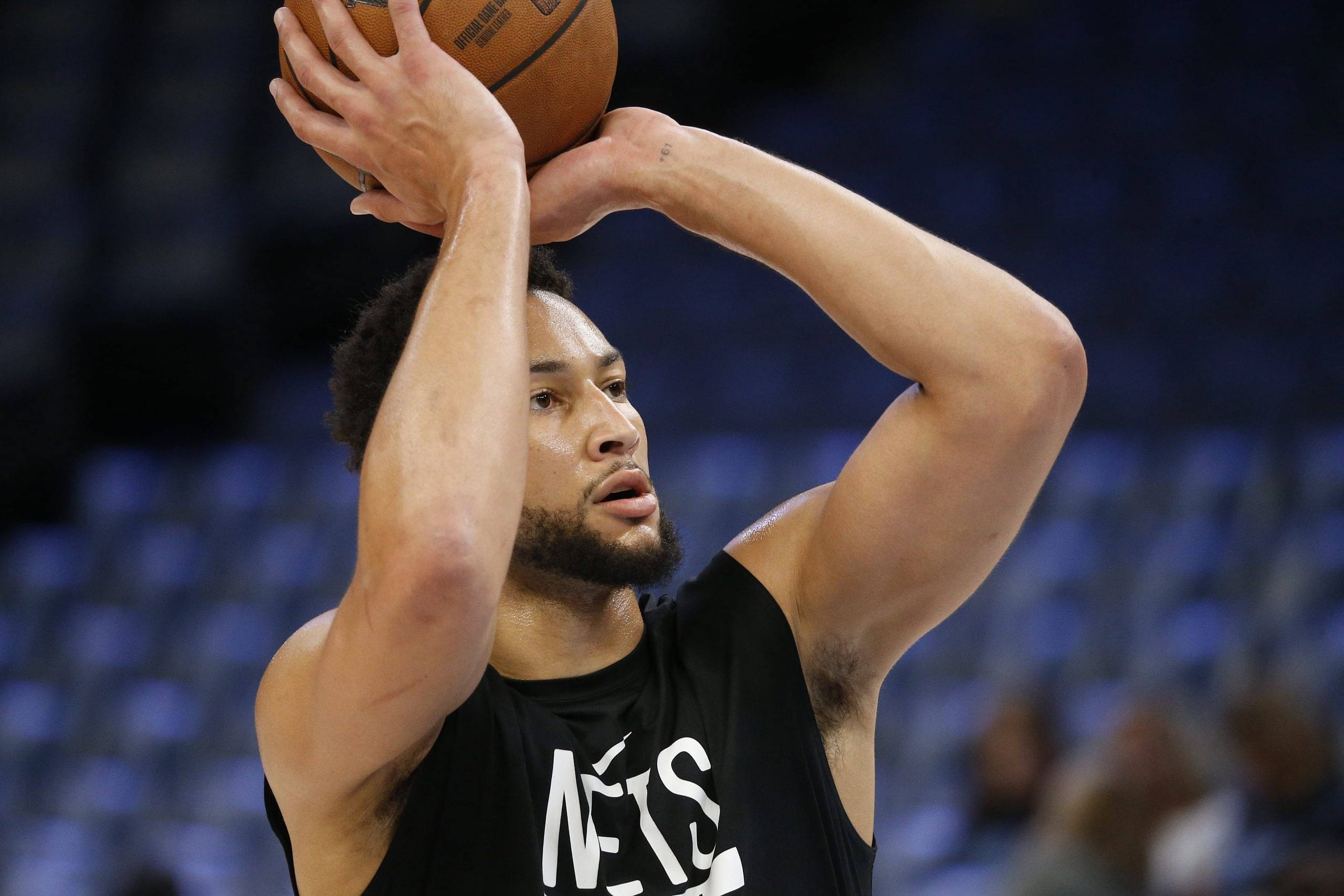 The Brooklyn Nets should have become one of the best teams in the NBA after the return of their superstar duo, Kevin Durant and Kyrie Irving, and the addition of Royce O’Neale and Ben Simmons to their starting line-up.

But instead, they are struggling to find their feet and lost three of their four matches to start the 2022-23 season. And their 6’10 point guard hasn’t been much of a help in most of those games.

We know what the #1 pick of the 2016 Draft is capable of. Yet, he has disappointed us year after year, just dwindling on his confidence. But now as he was on the best roster he could be in, fans gave the 3x All-Star another chance to prove his worth.

Simmons is at a weird crossroads in life and needs to stop but that’s not happening when he has a fear of shooting free throws.

When you’re a 2x All-Defensive first team member, and you land in a team that has two of the NBA’s most prolific scorers in your team, half your problem should have been solved.

See also  “Bodybuilding Saved My Life”: WWE Legend Turned Actor Revealed How Bodybuilding Transformed Him From a “Fu**ed Up Kid” to a Multimillionaire Superstar

Whether he is right or wrong, you decide for yourself. Ben has just 9 free throw attempts in the last four games only 3 of which found the bottom of the net. Yikes!

Also read: “I Was Right! LeBron James should’ve Been Traded!”: Stephen A Smith Lets Out A Victory Speech After Lakers’ 0-4 Start Confirms Suspicions

Simmons continued his typical performance against the Mavericks

Luka Doncic snatched the win away from the Nets putting up numbers that make Simmons’ scorecard look like a role players’ bracket.

Much like all the games he has played this season and the numbers he put up in the Sixers’ 2021 Playoffs run which led to his departure from the club, Ben had his joint-season high 7-point performance.

He wasn’t much effective in making plays either, dishing out just 4 dimes in 37 minutes. A game that went to overtime expects at least a bit more from a #1 pick whom they dealt James Harden for.

Man is averaging well under 6 points, 7 assists, and 7 rebounds in 5 games thus far, he has got to step it up, at least on one front.

Also read: Luka Doncic Breaks a Tie With Wilt Chamberlain for the 5th Most Triple-Doubles in NBA History

Ruben Randall - May 22, 2022 0
TV/Movies
Warning: This post contains mild spoilers for Men All three Alex Garland films ranked from worst to best. The filmmaker made his screenwriting debut with...