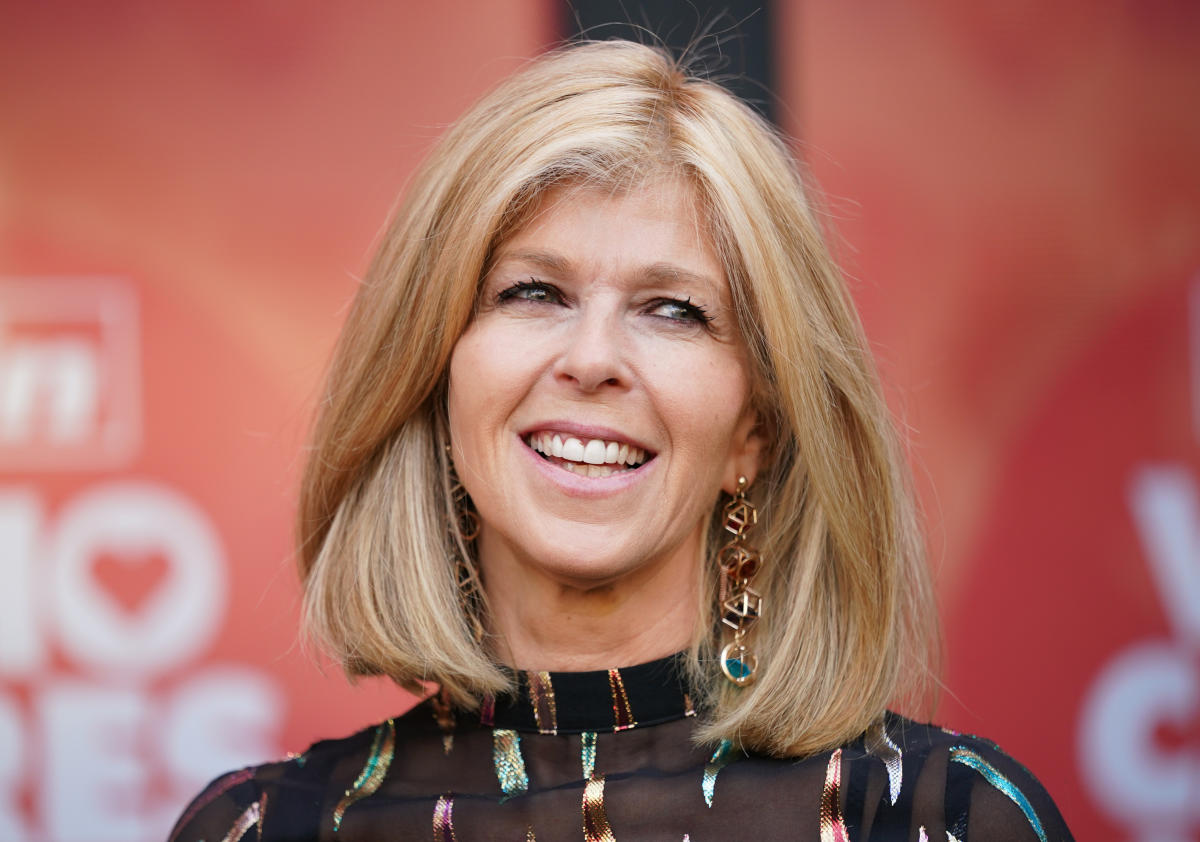 Garraway wore a floral print dress, with a statement bright yellow and pink collar, which made an impression on both Shephard and viewers, described by one as looking like ‘pizza slices’.

Amid many laughs, Shephard made it clear that “everyone was all a quiver because of Kate’s collar”.

However, before indulging in some teasing, he said, “Before anybody gets antagonised of my enjoyment of the outfit, I think she looks fabulous, as ever, that is my disclaimer.”

But he then went on to read out comments from viewers, saying one had said, “the 1970s has called, they want their dress back Kate.” 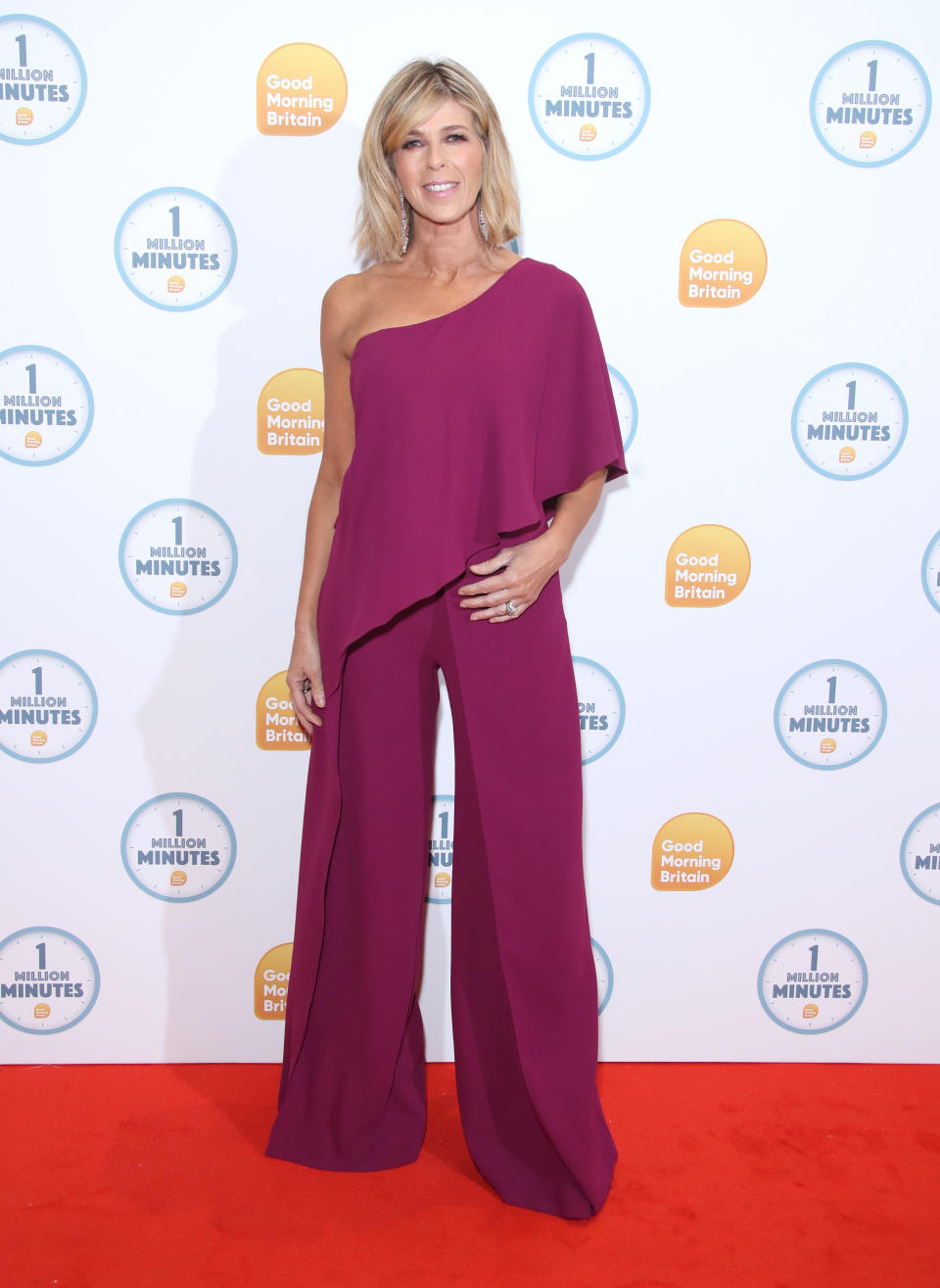 Kate interjected with, “It’s very fashionable…I feel bad because the designer is brilliant and I feel like i’m not doing it justice.”

But Shephard continued, saying another viewer “thought that Kate genuinely had some children’s artwork around her neck for some reason”, at which point Garraway joined in the joke saying, “it does remind me of when kids make cards out of pasta”. Shephard then added, “…or liquorice all sorts.”

Shephard continued with more ‘feedback’ from viewers, adding another had said, “Kate is certainly brightening up this morning with her collar”, making reference to the brightly coloured detail around her neck.

He continued, adding another said, “Loving the pizza slices around Kate’s neck” with Garraway defending the collar with, “handy for a snack!”

Read more: Coleen Rooney hopes Wayne has ‘learnt’ from his past mistakes 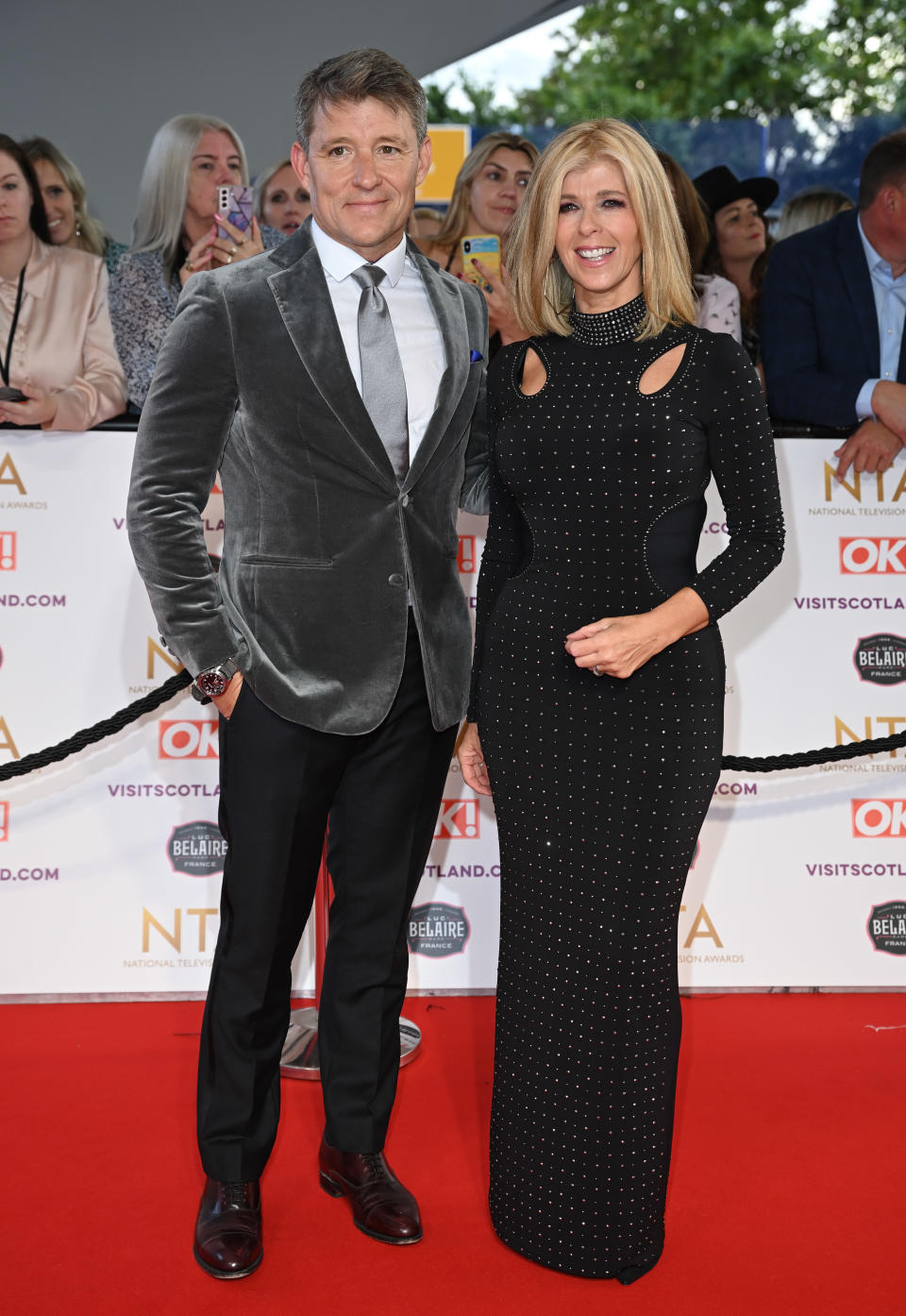 Another slightly harsh jibe that came through was “I thought Mrs Tumble was presenting GMB this morning” at which point presenter Richard Arnold joined in with, “Does SpongeBob want them back?” in reference to the collar.

With someone else making reference to her looking like 70s stars, Garraway insisted, “That is my goal!”

Other viewers haven’t held back with their comments on Kates dress on Twitter, with one writing, “Can someone tell Kate that Margot Leadbetter from the Good Life called – and wants her dress back.”

Another joked, “Triggered off a headache”, while another said, “I keep expecting the collar to flutter round the studio lights”, and another wrote “I thought it was the circus to be fair when I switched the TV on”.

Many others have jokingly urged the presenter to just disconnect the much-talked about collar, for the dress to be “lovely”.

Ben Shephard and Kate Garraway have a long history, having been close friends for more than 20 years. They have worked together as anchors and co-hosted GMB since its launch in 2014, having worked together previously.

With Garraway’s collar diving the nation on whether they love or loathe it – which camp are you in?

Roots Rapper Blazes A Trail Forward, From ‘The Tonight Show’ To Venture Capital

Ruben Randall - February 3, 2022 0
TV/Movies
Genshin Impact’s Version 2.4 update brings the return of the Lantern Rite event. In addition to receiving one of the free characters in Genshin...