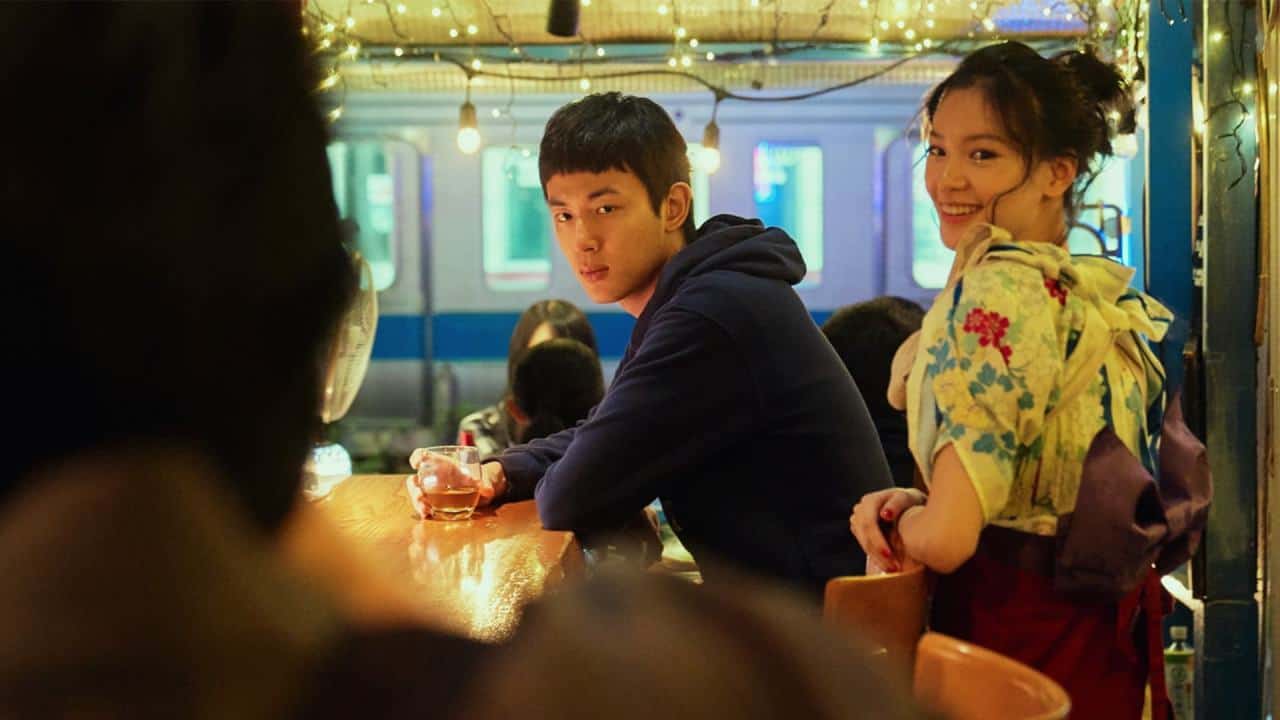 “That’s not loneliness. That’s standing out.”

Connections made in strange lands have an inimitable character. There is that unique shared sense of not belonging and trying to find one’s place at the same time in a country that could be a newfound home or just a temporary escape. Knowing that you’re not alone in this kind of peculiar quandary, however, is the simple but indispensable truth that one reaffirms from Li Gen’s debut feature “Before Next Spring,” an entry to this year’s New York Asian Film Festival.

The movie is based on Li’s experience as a foreign exchange student in Japan. It is this lived experience which gives the film an authentic feel, stripped of overwrought drama or any contrived pull-and-push of emotions. It is simply an unadorned, heartfelt unfolding of the everyday interactions of Li Xiaoli, who plays a Chinese student, with the rest of the workers in the quaint restaurant of Nankokute. These include Guan Wei, a manager who gives Xiaoli a chance because she sees herself in him, Zhao Aoki, a fellow waiter who initially seems hostile to Xiaoli because of his closeness with Qiu Qiu, a girl that he likes and the rest of the staff and patrons whose stories turn the restaurant into a silent witness of meaning and humanity.

Li, who also wrote the film, entwines depth to these moments by laying bare the pains and predicaments that hound migrants, of people who had to leave because they didn’t have the luxury of choice. He covered the long wait for that much-coveted permanent residency, the struggle of seeing threads that bound families once unwind, of having different racial backgrounds but not having a complete sense of identity.

He maximizes the milieu not just of Nankokute, but of the other workplaces and environs that the characters are present in, such as grocery stores and hospitals to present these circumstances. He makes a tight, small backroom the de facto hiding place for illegal immigrants and uses the panorama of Tokyo not just for aesthetics, but to tell the viewers that each spot, each corner, is a marker for memories, both good and bad.

The ensemble cast feels like a family.  Xie Cheng-Ze, who plays Xiaoli, gives a performance full of heart. Qi Xi, the empathetic manager, shows how rife a migrant’s life is with uncertainty with the right mix of humor and vulnerability. Veteran actress Sylvia Chang, who plays a professor, is quirky, but proves to be more than that as the story unfolds. Niu Chao is a revelation as Zhao Aoki as he breaks that smug, devil-may-care veneer with so much honest, raw emotion that one cannot help but be drawn to him.

The film has no explicit commentary on the relations between China and Japan, two countries that have a complex history. It is the vignettes of the lives of the Chinese migrant workers and their intimate circle of Japanese friends which unveil the truth that people tend to stay still with their tribe when placed in a different society. It is not always by choice, however, but still serves as a very realistic take on how people from multifarious backgrounds are compelled to connect and coalesce due to the demands of the daily grind, more than anything else. The opportunities to form friendships from there are both boundless and precious, however. Belonging is not a linear process and “Before Next Spring” shows this not in maudlin, overbearing takes, but in snippets of lives that say more in their quiet harmony.

Best of Pixar: our writers’ favourite movies from Toy Story to Turning Red |...

Ruben Randall - December 23, 2022 0
Actress
Olivia Cooke has opened up about the media attention from House of the Dragon, explaining that reading reviews of the show on social media...