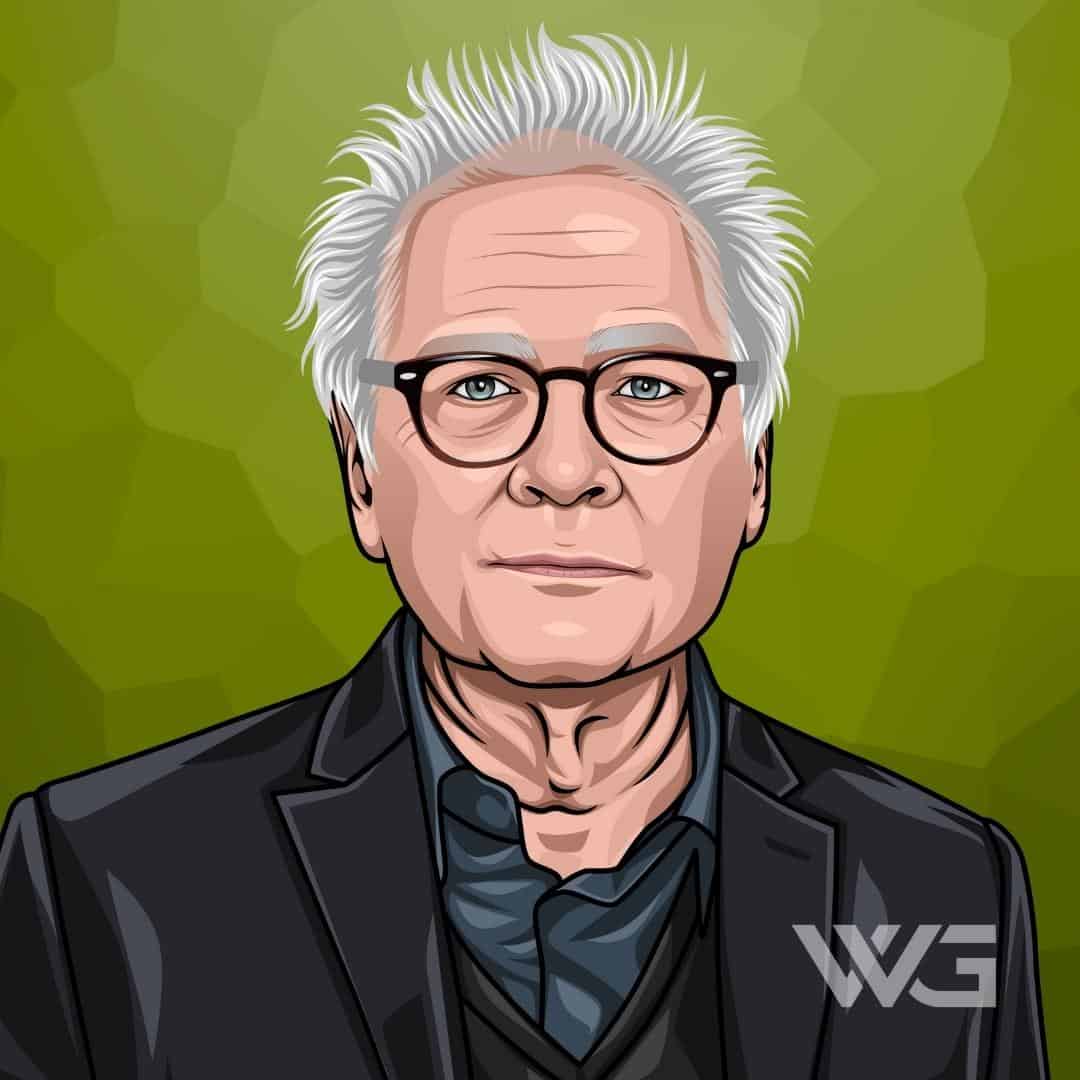 What is Barry Levinson’s net worth?

Barry Levinson started out as a comedic writer and actor when he first arrived in Hollywood, eventually making the leap into directing filmmaking.

He’s worked with the cream of Hollywood actors and actresses, with his movies making millions in revenue and being nominated for numerous Emmy and Oscar Awards.

As of November 2022, Barry Levinson’s net worth is estimated to be $150 Million.

Barry Lee Levinson was born April 6, 1942, in Baltimore, Maryland, United States of America. His parents, Irvin and Violet Levinson, are descended from Russian Jews and his father worked in the furniture and appliance industry.

Not much is known about his early life except that he graduated from Forest Park Senior High School in 1960. He went on to attend Baltimore City Community College before attending American University located in Washington, DC, where he studied journalism.

After graduating from university, he moved to Los Angeles, where he was motivated to start a writing and performing career. In the beginning, he stayed with George Jung, who became a drug smuggler and is a subject in the film “Blow”, which was released in 2001.

Barry’s early work started with writing television series such as “The Tim Conway Show”, “The Marty Feldman Comedy Machine”, and others.

He moved on to screenwriting, creating spectacular comedies like “Silent Movie” in 1976 and “High Anxiety” in 1977.

His next move was into acting, with his performance being a part in “High Anxiety” where he played a bellboy. He also screen-wrote the Oscar-nominated “…And Justice for All” in 1979.

Not long after that, he became a director, producing the film “Diner”, in 1982, which went on to earn an Oscar nomination for Best Original Screenplay.

He was also executive director and producer on the HBO films, “Paterno”, “You Don’t Know Jack” and “The Wizard of Lies”, which ended up with a combination of 21 Emmy nominations.

During this time, he created nostalgic films such as the iconic, “Good Morning Vietnam”, “The Natural”, “Sleepers” and “Wag the Dog”. With these impressive films to his name, he became one of Variety’s “Billion Dollar Directors” in 1988.

Barry experienced nostalgia for his hometown and started using it as the setting for a variety of films, including a series called “Homicide: Life on the Street”.

His hometown series earned him an Emmy for “Best Individual Director of a Drama Series” as well as a Peabody Award. But Barry wasn’t content to sit on his laurels and produced a groundbreaking television series called “Oz” which aired from 1998 until 2003.

Recently, Barry directed and produced films through his own production company, Baltimore Pictures. He has released a variety of films through the company, such as “The Wizard of Lies” and “Quiz Show”.

For his exemplary work in the film industry, Barry was recognized with a lifetime achievement accolade; the Laurel Award for Screenwriting.

Barry has worked on some of the most highly regarded movies and TV shows of all time, earning countless accolades and awards in the process.

His ability to mix humor with action and drama, and then to keep it coming week after week, makes his TV series unbelievably addictive to watch.

Levinson directed the historical crime drama Bugsy, which was released in 1991 and starred Warren Beatty. This acclaimed movie was nominated for ten Academy Awards.

He built on these successes, earning huge fees for directing and scriptwriting expertise.

Levinson directed Dustin Hoffman in the much-acclaimed movie, Wag the Dog, which made it big at the box office.

This political comedy, released in 1997, to much excitement, earned Levinson a Silver Bear Award at the 48th Berlin International Film Festival.

Here’s a breakdown of Barry Levinson’s annual net worth:

The hits just kept on coming, with Levinson earning huge amounts from royalties, fees, and endorsements.

His wealth continued to grow through the late 90s and into the 2000s, and with his future secured, he could work on only those projects that he was really interested in.

Barry first got married to Valerie Curtin in 1977 but the couple were divorced in 1982. He soon found love with Diana Rhodes and the two got married in 1983.

They had two sons, Jack and Sam, who were greatly influenced by their father’s work. Sam grew up to follow in his dad’s footsteps and became the director and screenwriter of the well-known HBO series, “Euphoria”.

Although in his 80s, Barry remains active and you can keep up with him on his official Instagram account to see what new projects he’s busy with now.

Over the past five decades, Barry Levinson has been involved in many iconic and ground-breaking movies and series.

It is a testament to his skill as a director, scriptwriter, and actor that he can convey the zeitgeist of each decade while at the same time creating commercially successful productions.

Here are some of the more memorable moments from Barry Levinson’s career:

Barry was able to successfully balance telling a story about important and defining moments in time with the need to make it a financially viable product.

By blending a mix of humor, drama, and social commentary into each of his productions, Barry managed to build himself enormous wealth.

How Does Barry Levinson Spend His Money?

Barry has an exceptional real estate portfolio, which included his purchase of a mansion in California for $2.3 million, which he eventually sold for $15 million.

He and his wife also bought a 40-acre estate in Connecticut for $10.5 million. When they wanted to sell, they couldn’t get their asking price and ultimately had to settle for a small loss when they sold it for $10.1 million.

Levinson’s movies often feature vintage American cars as props for the main character. He bought one of the 1949 Buick Roadmaster convertibles used in the movie Rain Man and has some of the most expensive cars in the world in his collection.

Barry Levinson’s career has been punctuated by some of the most iconic movies in film history.

Who can forget Robin Williams’ “Goooodd Morning Vietnaaaam!” line, or the impressive performances by Dustin Hoffman and Tom Cruise in Rain Man?

Here are some of the best highlights of Barry Levinson’s career:

Levinson has worked with the who’s who of Hollywood, including Robert De Niro, Al Pacino, Michael Douglas, and, of course Tom Cruise and Demi Moore to name just a few.

With his background in scriptwriting, Barry has never been short of words when being interviewed.

He’s equally proud of all his movies, but Rain Man holds a particularly dear memory for Barry as it was the first movie to raise awareness of autism amongst the general public.

Here are our favorite quotes from Barry Levinson:

Levinson is particularly proud of his contribution to the general understanding of what autism is and what the challenges are for people who have to face it daily.

His only regret is that sometimes he wished that he could have explained things better.

1. When The Tough Gets Going, Keep On Going

The film industry is a difficult industry to work in, but no matter the obstacles, Barry never let it get in the way of creating his masterpieces.

The film industry is known for its cut-throat approach to art, with the money men controlling the budget and the purse strings. Barry was able to navigate the murky waters of project funding to create masterpieces that ended up financially successful as well.

People make mistakes, obviously, but making a mistake in the film industry can lead to problems down the road.

Barry always found the art in the mistakes and incorporated them into his films regularly, inadvertently making his films so much better.

3. Stay True To Your Dream

Barry feels that it is very easy to take the art out of your creation and turn it quickly to the merchandising side, where you only think about what others want and how much money it will make.

This wasn’t the case for Barry, as he was more interested in the impact his productions would have on his audience, rather than how much money they would make.

Barry Levinson is a legend in the filmmaking world, not only as a director but as a scriptwriter and actor too.

One can put in all the effort and hard work you want and you may still fail, but Levinson has the Midas touch and is remembered as one of the most renowned directors, producers, and screenwriters in film history.

As of November 2022, Barry Levinson’s net worth is estimated to be $150 Million.

What do you think about Barry Levinson’s net worth? Leave a comment below.

“That’s Pretty P****”: Arnold Schwarzenegger Once Mocked a $300 Million Worth Hollywood Legend for...

Ruben Randall - March 3, 2022 0
Actor
Katherine Schwarzenegger and Chris Pratt are some of the celebrities who star in the new season of “Get Organized.” The Netflix series, featuring...