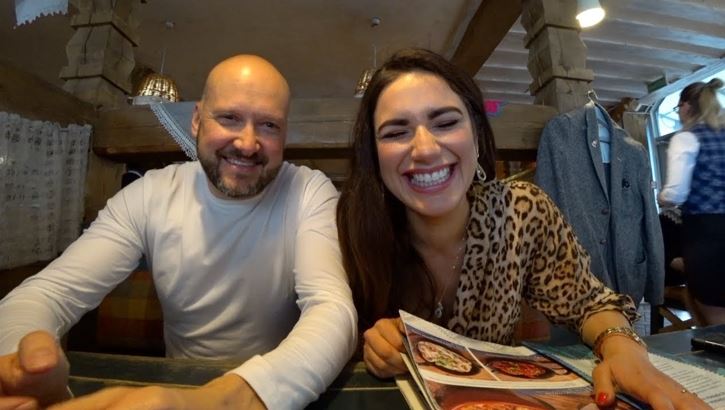 If you’re gonna be a travel icon these days, you gotta have a great gimmick. And if you’re gonna have a gimmick that’s a nickname, it better be way over the top to get you noticed.

Welcome to the world of Bald and Bankrupt, otherwise known as Benjamin Rich, appropriately enough. He may be big and bald, but he definitely ain’t bankrupt. He could use his real last name as the show moniker, possibly, but Big and Rich would likely get him in legal hot water with the country music duo of the same name.

It’s a complicated situation, but Rich’s riches-seeking venture has definitely paid off. Bald and Bankrupt’s estimated net worth is $5 million, and shockingly, he’s about to bail on his lucrative YouTube channel.

His show started on a whim, mostly. Rich named his YouTube channel “Bald and Bankrupt” after his business failed and he declared bankruptcy in the UK and shaved his head. Clever it’s not, at least not as nicknames go, but sometimes direct and brutish works better than subtle.

After that scintillating career move, Rich wrote a book and sold it under the pen name Arthur Chichester. It was inspired by his experience in Belarus while he was traveling through some areas affected by Chernobyl, and his surprisingly authentic content drew the attention of various media houses and publications.

What wasn’t gimmicky was the show itself. Rich has a legitimate interest in traveling through eastern Europe, Russia and India, and his shows focus on the lives of ordinary people in the places where he visits.

It’s not a glamor show in any way, shape or form. Rich’s show about Hindu refugee camps in India who were living in squalor after the Pakistan humanitarian crisis got rave reviews, and his videos about India are much beloved as well. He worked as a hotel manager while traveling through India, so presumably that helped him learn the lay of the cultural land, so to speak.

He’s exposed scams and helped those in need, and Rich seemingly has no fear about going into dangerous areas. including Patamanta in Bolivia, Serbia prior to the Covid lockdown (he contracted the virus there early on in the pandemic) and some fairly scary places in Russia.

His personal life is nearly as flamboyant as the show, but hopefully not quite as dangerous. The once-divorced Benjamin is now married to Alina Adzika, a Belarusian woman about 20 years younger, supermodel looks and a great personality who sometimes appears in videos, along with the kitten that he brought back from Cuba as a pet.

No one knows what Benjamin is going to do next, but it’s unlikely he’ll be living nearly as hand-to-mouth as the people he once portrayed in his show. He can easily live off the sponsorship deals, endorsements and promotional considerations he earned while doing Bald and Bankrupt, and it will definitely be interesting to see what nickname he comes up with for his next book or media venture. Bigger, Balder and Richer, maybe?

Ruben Randall - April 30, 2022 0
Money
What is Stefan Persson’s net worth? Net Worth:$25 BillionAge:73Born:October 4, 1947Country of Origin:SwedenSource of Wealth:EntrepreneurLast Updated:2021Introduction Stefan Persson is a Swedish business magnate. Persson is the...