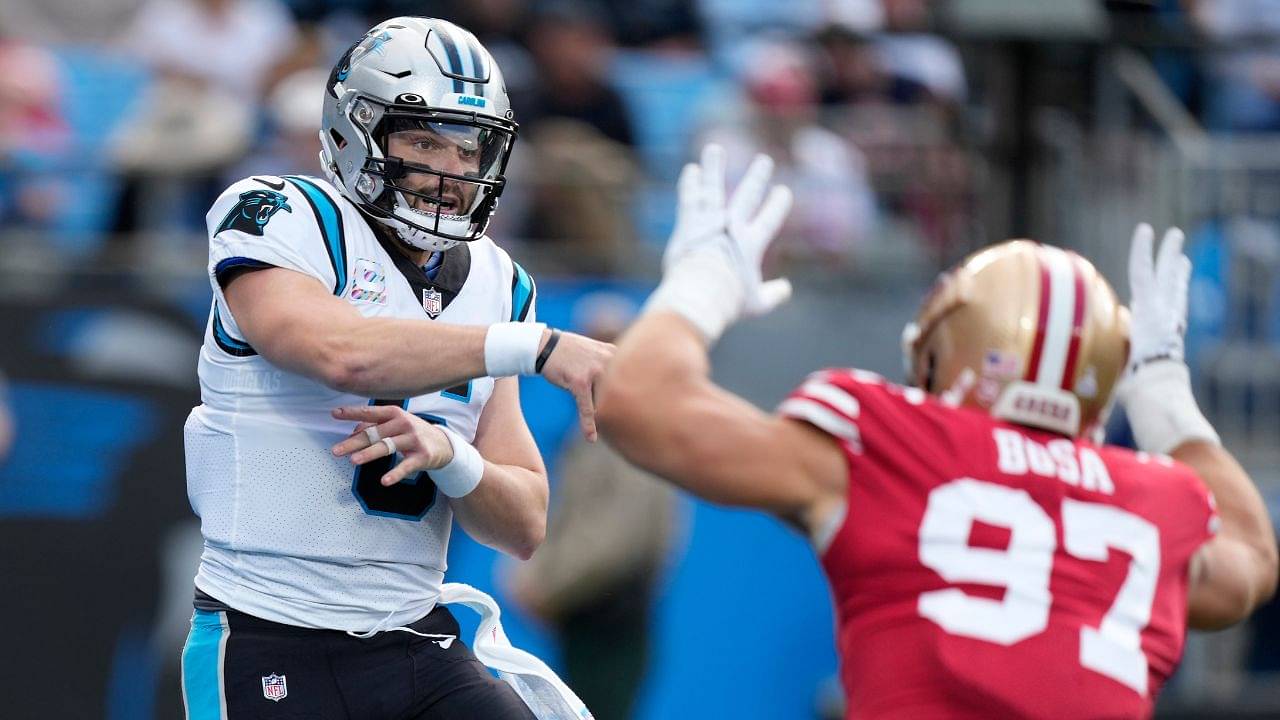 Baker Mayfield’s story is one of the most fascinating ones the NFL world has witnessed in recent years. When he first burst onto the big scene, Baker was winning games for fun.

He ended up breaking the rookie quarterback record for most passing touchdowns. Moreover, during the 2020 season, he guided the Browns to their first ever playoff win since 1994.

However, things really started going downhill after that for Baker. Injury plagued Baker was not able to perform consistently during the 2021 season. Moreover, the Browns made it absolutely clear with their Deshaun Watson pursuit ahead of the 2022 season that they were done with Mayfield.

After several speculations regarding his landing spot, Baker was finally traded to the Carolina Panthers. A lot of fans were expecting him to deliver noteworthy performances for his new franchise. However, things didn’t improve at all for Mayfield.

Also Read: Juwan Johnson Net Worth: How Much Has The Saints Tight End Earned By Playing In The NFL?

Mayfield started for the Panthers in the first few games but his poor performances forced the franchise to bench him and try out Phillip Walker. However, Baker again made the news recently when he was seen head butting his fellow teammates after the latest win against the Falcons.

A non-helmeted Baker head butting his helmeted teammates ended up attracting a lot of negative comments on Twitter. Talking about the same, Shannon Sharpe and Skip Bayless also made a few very interesting points on The Undisputed.

Shannon called Baker an irrelevant man and a trashy quarterback who can only get some attention by doing something nonsensical. Although Shannon accepted that when Baker burst onto the scene, he used to admire him a lot, however, with time, Mayfield has proven that he is well and truly done.

On the other hand, Skip Bayless, who used to speak very highly of Mayfield, also claimed that all the commercials, the razzmatazz of the ad campaigns has infected Baker with the Cam Newton syndrome which is why he is becoming such a desperate attention seeker.

Both the analysts agreed on the fact that the head-butting shenanigan is something Baker should have refrained from doing.

Also Read: Peyton Manning Admits That He Could Never Do What Lamar Jackson Did Against The Saints

Ruben Randall - May 8, 2022 0
Money
The Philadelphia Eagles may have landed the steal of this year's draft in third-round pick Nakobe Dean, the Georgia linebacker that was projected to...