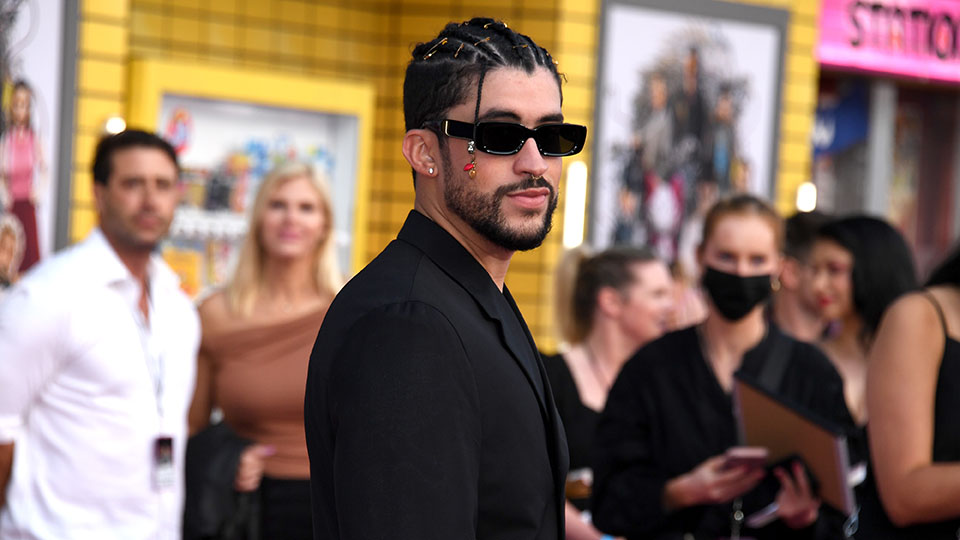 After an explosive year filled with many awards and nominations, many Benito fans are wondering: what is Bad Bunny’s net worth?

The Puerto Rican rapper made history when his fourth studio album Un Verano Sin Ti was nominated for Album Of The Year at the 2023 Grammy Awards. It’s the first Spanish-language album to be nominated for the most notable and sought-after music nomination in the world. The “Tití Me Pregunta” artist was also nominated for Best Música Urbana Album and Best Pop Solo Performance for his song “Moscow Mule.”

The awards and glory won’t stop flowing for the “Me Porto Bonito” star. He’s also been nominated for ten Latin Grammy Awards and eight American Music Awards where he was nominated for Artist of the Year. Un Verano Sin Ti is the first-ever album to be nominated for Album of the Year at both the GRAMMYs and the Latin GRAMMYs. Last year, he won four Latin Grammys and took home Grammys for Best Latin Pop Album and Best Musica Urbana for YHLQMDLG and El Último Tour Del Mundo in 2021 and 2022. We expect his net worth to explode following these record-breaking nominations. Read on to find out how much Bad Bunny is worth.

What is Bad Bunny’s net worth?

What is Bad Bunny’s Net Worth? According to Celebrity Net Worth, Bad Bunny’s net worth is estimated to be around $18 million. A large amount of the revenue came from when he was Spotify’s most-played artist globally in 2020. He set a record-breaking 8.3 billion streams and had the top album of 2020, YHLQMDLG, raking in 3.3 billion streams on its own.

Touring also largely influenced Bad Bunny’s net worth, breaking record after record. “It had such unprecedented success in terms of being one of the fastest and highest selling tours of all time, breaking records left and right,” Bad Bunny’s music agent at United Talent Agency, Jbeau Lewis, told Pollstar. “There were situations where we would sell out one of the arenas, and we would know that there were 200,000 or 300,000 people still waiting in the online queue to try and buy tickets. We were able to extrapolate that data to know how many more tickets we could have sold had they simply been available.”

The combination of his stage presence and his music made him monumental in the music business. “This is something of a phenomenon […] The way he’s on stage is unmatched, and the fan engagement,” Alex Cárdenas, director of touring at Cárdenas Management Network (CMN), told Pollstar. “We knew the shows were going to do well, and we would do multiple dates in various cities where he’s done well in the past. But were we expecting to sell out in a couple of minutes and see Platinum [seats] get to that average? No. I think it took everybody, even the management, by surprise. It’s something we’re probably not going to see [again] in our lifetime.”

Born Benito Antonio Martínez Ocasio in the Almirante Sur barrio of Vega Baja, Puerto Rico, Bad Bunny rose to prominence on SoundCloud when he started making his own mixes. He signed to Hear this Music after gaining popularity on the streaming site. He started appearing on Latin TV more and collaborated with artists like J Balvin, Prince Royce, and Ozuna. His songs “Si Tu Novio Te Deja Sola” with J Balvin and “Sensulidad” climbed the Latin Charts. The song that ultimately launched him into stardom was “I Like It” with Cardi B and J Balvin and it was an instant classic when it topped the Billboard 100 Charts for several weeks. He later signed with Rimas Entertainment to release his debut album X 100pre. Rolling Stone listed it as number 41 on the 100 Best Debuts Albums of All Time list.

In an interview with GQ, he revealed how it felt to suddenly be in the spotlight. “It’s like I was in a coma,” he recalled. “As if, suddenly, two years of my life went by in a week, because of this sudden boom. I still work every day now, but during that time it was really weird. It was as if they had taken an animal from the jungle to the zoo. I was in the zoo for two years doing the same thing I did in the jungle, only I wasn’t in the jungle.”

He continued working and his feats don’t go unnoticed. In 2020, he made a special appearance at the Super Bowl where Shakira and Jennifer Lopez were headlining. During the same year, he released YHLQMDLG and the album became Spotify‘s most-streamed artist and album of 2020. In 2021, he was listed on Time’s 100 Most Influential People of The Year, with J Balvin praising his peer. “Watching him is like seeing a little brother make his dream come true,” the Colombian singer wrote. “I met him when he was like a little monster, and now he is like Godzilla. He has amazing lyrics, and he understands the importance of creating his brand. If everybody’s going to the right, he’s going to the left. He’s an advocate for self-expression: If you want to go and wear a miniskirt, just go ahead and do it. If you want to use lipstick, go ahead. Do whatever you want to do. That freedom connects with people pretty hard.”

For his “El Último Tour Del Mundo” Tour that supported the album of the same name and the first album of his to reach No. 1 on the Billboard 200 charts, Bad Bunny broke Ticketmaster’s record for the most ticket sales for a tour on its first day of sales since 2018. It didn’t take long before Bad Bunny sold out all 35 shows, amounting to over 500,000 tickets sold altogether. He launched his second tour of 2022, and his first stadium tour, “World’s Hottest Tour” and it was the highest-grossing tour by a Latin artist with a $235.5 million revenue. Benito highlighted his suave stage presence on tour at the 2022 MTV Video Music Awards when they filmed “Tití Me Pregunto” at his second sold-out show Yankee Stadium and was presented VMAs “Artist of the Year” right after the performance.

Benito’s hot repertoire doesn’t stop there. The “Yo No Soy Celoso” artist just starred in the 2022 thriller film Bullet Train with Brad Pitt and Aaron Taylor-Johnson and is slated to star in a Spider-Man spin-off film El Muerto. Did we also mention that he’s a WWE star? Recently, he entered in the ring  WWE’s Royal Rumble event at the Dome in St. Louis in January.

Ways She Made Her Huge Fortune

Multimillionaire rapper The Kid Laroi is pictured playing the pokies at...