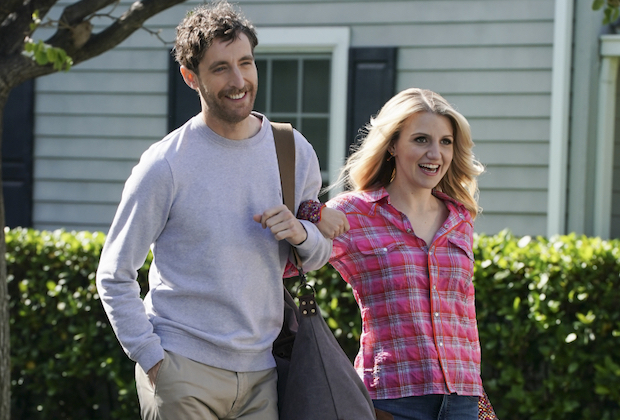 This bodes well for Drew Dunbar’s kidney transplant: CBS has renewed Chuck Lorre’s B Positive for Season 2, TVLine has learned. Additionally, the Eye network has renewed Lorre’s other freshman sitcom, United States of AI, for a second season.

B Positive centers on the aforementioned Drew (played by Silicon Valley‘s Thomas Middleditch), a therapist and newly divorced dad who is faced with needing a kidney donor. He soon reconnects with Gina Dabrowski (Masters of Sex‘s Annaleigh Ashford), a rough-around-the-edges woman from his past who volunteers her own.

United States of Al, which bowed on April 1, focuses on the friendship between Riley (Enlisted‘s Parker Young), a Marine combat veteran struggling to readjust to civilian life in Ohio, and Awalmir aka “Al” (Rules of Engagement‘s Adhir Kalyan), the interpreter who served with his unit in Afghanistan and has just arrived to start a new life in America. Kelli Goss (The Ranch), Elizabeth Alderfer (Disjointed) and Dean Norris (Breaking Bad) co-star.

TVLine’s Renewal Scorecard has been updated to reflect the pickups.

Olivia Cooke was worried House of The Dragon would make her...

Ruben Randall - October 8, 2022 0
Actress
House of the Dragon fans love the cast of the show and they keep giving the fans more reasons to love them. The latest...