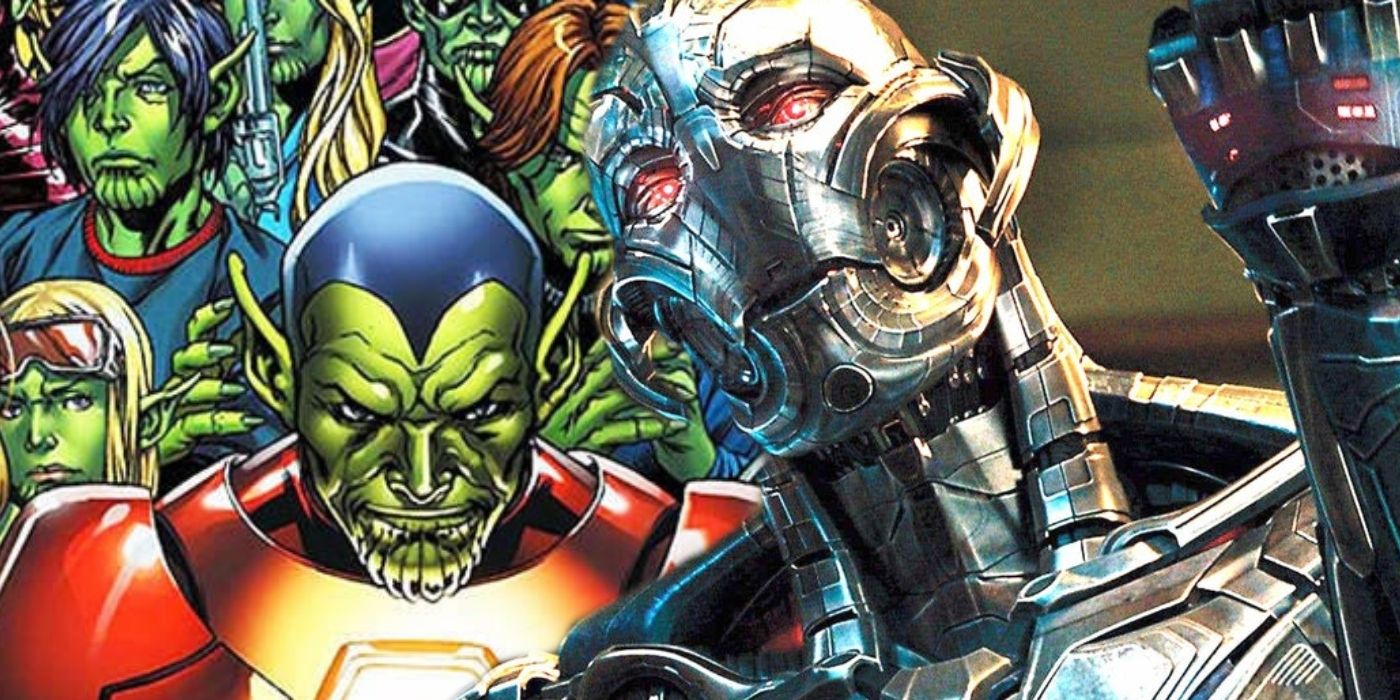 The Avengers villains with the all-time most destructive potential is an evil intergalactic enemy that unwittingly merged Ultron with the Skrulls.

While both Ultron and the Skrulls are two of the most powerful and dangerous villains the Avengers have ever faced, one intergalactic bad guy found a way to unwittingly combine both entities before either Ultron or the Skrulls even fought the Avengers. The resulting army of deadly replicating alien robots almost destroyed Earth’s Mightiest Heroes before they barely had the chance to be a fully formed team within the Marvel Universe.

Ultron is a robot with artificial intelligence who was originally created by Hank Pym to be Earth’s greatest hero but quickly devolved into one of the planet’s greatest threats after developing sentience and coming to the conclusion that humanity needed to be extinguished. The Skrulls are a race of shape-shifting alien warriors who–as told in Secret Invasion–are known for infiltrating planets without that planet’s population even being aware of their presence. They then silently take over by putting themselves in positions of power and importance within that planet’s established society. More importantly, a subsect of Skrulls known as Warskrulls can also replicate a superhero’s powers.

Related: Marvel Confirms The Only Way to Ever Truly Take Down an AvengerIn Avengers #36 by Roy Thomas and Don Heck, Quicksilver and Scarlet Witch have been abducted by a mysterious alien who is later revealed to be the villain Ixar and the Avengers don’t waste a second jumping into action to save them. Unfortunately, they play right into Ixar’s evil scheme. Ixar has built an army of androids known as the Ultroids who have the ability to replicate the heroes’ powers and effectively replace them in terms of power scale. In the end, however, the Avengers are able to defeat the Ultroids before they can fully replicate their abilities, though if they didn’t beat them in time, the Avengers may very well have been defeated.

There are three key aspects to the Ultroids that are similar to Ultron (and by extension Ultron’s Sentries) and Skrulls: the fact that they’re aliens, they’re androids, and they can perfectly mimic the Avengers themselves. Ultron is an earthbound villain (originally) who can create a powerful army of himself, but he can’t replicate the Avengers, and he isn’t an alien. The Skrulls are aliens, and they can replicate the Avengers, but they’re not robotic. So, the Ultroids perfectly merge the two into an army of nearly unstoppable conquerors, though with one fault that leads to their ultimate defeat.

The Ultroids, while holding the potential to be unstoppable, need to siphon the power from an Avenger directly before mastering the ability themselves, hence why Quicksilver and Scarlet Witch are on the ship and why Ixar needs to lure the Avengers to that same ship later in the issue. Ultron has no need to copy the Avengers, his power is enough to be a world-ending threat on its own, and the Skrulls can copy someone without their knowledge, leading to their nearly victorious takeover of Planet Earth. For that reason, the Avengers are able to soundly defeat the Ultroids, villains with the potential to be their ultimate enemy due to the fact they are the near perfect mixture of Ultron and the Skrulls–if only they had time to complete that superpower upload.

Jimmi Simpson On The Mistrust Between Green Arrow And John Stewart | SDCC 2022...