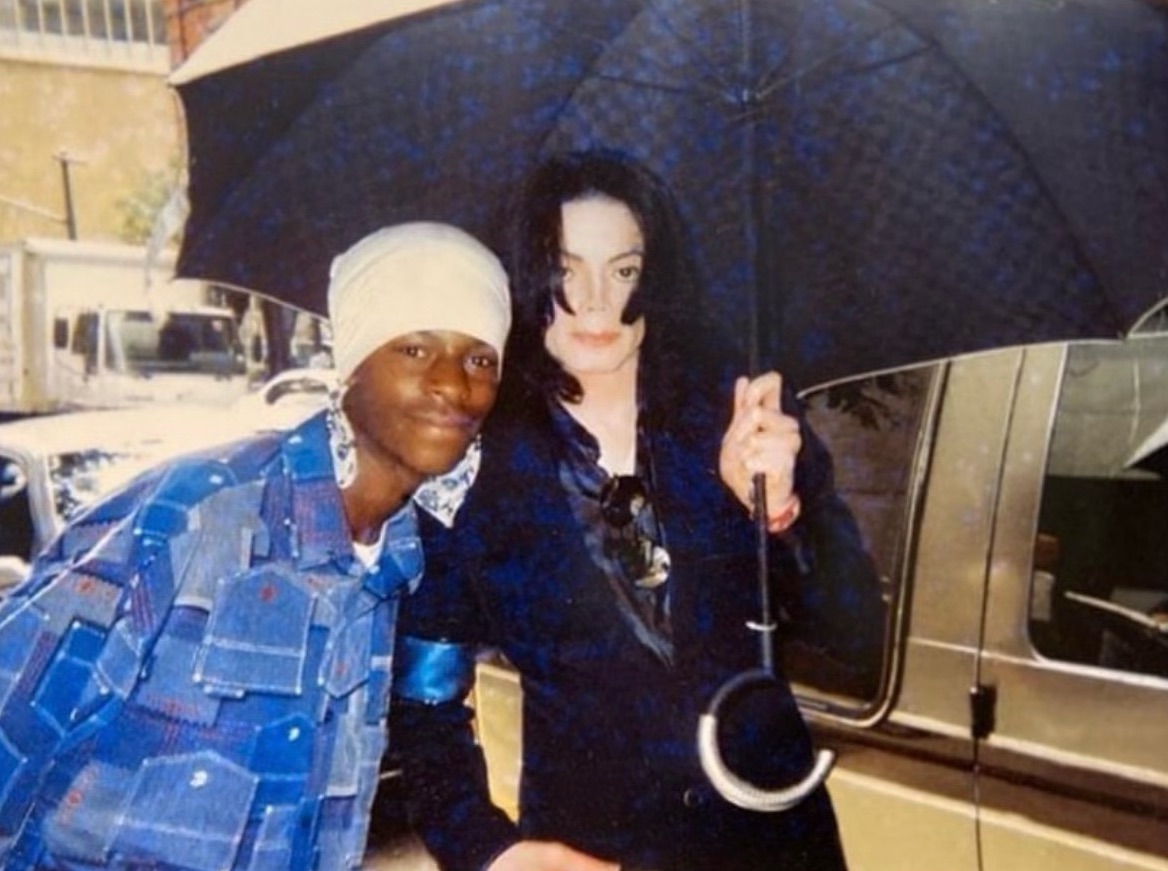 Giovanni Arnold spends his days tracking down celebrities as they go about their lives in New York City. He’s an autograph collector and selling signatures has been his full-time job for the past 25 years. For Arnold, a 37-year-old who lives in the Bronx, and others like him, business is booming like never before.

On one afternoon in April, Arnold was ready to hunt. Dressed all in black, he stood underneath a doorway as a white car appeared. Arnold sprinted to reach the car just as the passenger door opened to reveal a woman in a long, elegant trench coat. It was British actress Sienna Miller. “How you doing today girl?” asked Arnold, as he presented her with a Sharpie and a stack of posters. Miller obliged with a smile.

Increased demand and dwindling supply is causing the value of autographs to skyrocket, alongside other forms of collectibles. Heritage Auctions sold $171 million in rare comics and comic art in 2021, a 117 percent increase from the previous year. The sports memorabilia market is expected to reach $227 billion by 2032, up from $26 billion in 2021, according to data from Market Decipher. Meanwhile, Zobie Productions, which facilitates autograph signings at celebrity conventions like Comic-Con, has seen celebrity memorabilia rise by 25 to 30 percent since the pandemic, with autographed items that sold for $500 in 2019 now fetching $650, said company president Jayare Gallegos.

The Covid-19 pandemic played a significant role in this rise, according to Bobby Livingston, vice president of RR Auction, an auction house based in Boston, who said many customers were introduced to the collectible market after having more disposable income and spare time to pursue hobbies.

“People who started collecting during the pandemic are continuing to,” said Livingston. In August, his auction house saw David Bowie and Marilyn Monroe autographs sell for over four times their estimates, at $2,000 and $32,000 respectively.

Many celebrities were also inaccessible for autograph opportunities during the pandemic, making available signatures more expensive. “The prices of a lot of names have skyrocketed and they haven’t come back down,” said Justin Steffman, founder of autograph seller website Real Autograph Collectors Club (RACC).

Autograph collectors obtaining these signatures, known as “graphers,” have benefited from the market shift. Often blurring the lines of public and private space, they doggedly pursue stars for lucrative sales, the thrill of the chase and a fascination with celebrities.

In order to secure $1,000 signatures, celebrities need to be “broken down”

Arnold often sells autographs online through websites like eBay. Some of his listings include a $1,500 drumhead signed by late Foo Fighters drummer Taylor Hawkins and a $3,000 autographed photo of Lady Gaga and Tony Bennett.

While autograph hunters use various methods to track down stars, social media is increasingly a tool. Arnold carefully examines the backgrounds of celebrity posts on Instagram, searching for clues as to where these photos might have been taken.

A-list musicians and actors produce the most profitable autographs and are Arnold’s priority. He’s gotten nearly everybody over the years, from Mick Jagger to Michael Jackson, and sometimes uses gifts as a strategy to maintain his relationships with celebrities—he’s given Bob Dylan a turkey and Clint Eastwood a $400 bottle of whiskey. “It’s like bringing flowers to a female, you know?”

Arnold described his earnings as going “up and down like a rollercoaster.” During peak lockdown, he lived off selling the inventory of around 1,000 autographs he’s stocked up over the years.

He follows celebrities until they sign, chasing them to break them down. “Your privacy goes away when you’re a star,” he said. “I could never be a celebrity; I’d lose my mind.”

Arnold believes celebrities sign either as a way to gain exposure or to share their own good fortune with autograph collectors, who they know are profiting from the signatures. “Some of them like helping less fortunate people out, helping them make a few dollars,” he said.

However, while autograph collectors view the chase as essential to their job, some celebrities consider this activity stalking, and graphers have been arrested or hit with restraining orders. Some celebrities refuse to sign, like Paul McCartney, whom Arnold claims has the most valuable signature on the market. A McCartney autograph sells for $5,000, while an autographed guitar goes for $20,000. Arnold speculates McCartney stopped signing when he realized how much graphers were profiting off his signatures. In an interview with Readers Digest, McCartney said he found autographs “strange.”

Other stars have publicly denounced the autograph business, like actor William Shatner. “I’m supposed to care about people who sneak up behind me, who interrupt my private times enjoying my grandchildren, who bother me in restrooms?” tweeted the actor.

“Some people just seem to think celebrities are public property and you can go after them whenever you want,” said Ray Murray, a professor at Oklahoma State University who focuses on paparazzi culture. However, the relationship between autograph seekers and celebrities isn’t necessarily one-sided. Stars would be upset if fans stopped clamoring for pictures and signatures, Murray said. “It’s a double-edged sword. They have to understand the average person is going to want a piece of them too, and without those average people you’re not a celebrity.”

The autograph community often works together, sharing information and contacts. Rich Jones, an autograph hunter based in Buffalo, N.Y., gets tips from fellow collectors in cities across the U.S. about which aliases celebrities use for hotels and when they typically go to dinner, the airport, and so on.

Jones, 44, collected his first autograph at eight years old in 1985 when his dad took him to a Ricky Nelson concert, where Nelson signed albums and comic books. Two weeks later, Jones was watching television when the news was announced that Nelson had died in a plane crash.

The experience left a mark and spurred an interest in collecting more autographs, said Jones, who works as an engineer. He claims his career gives him a leg up, especially when it comes to tracking flights. “I can read flight radar. I think I’m probably close to a pilot level,” he boasted. Jones begins each hunt by researching the net worth of a celebrity, figuring out whether they’re likely to fly commercial or private, and tracking the flight’s progress so he’s ready at the airport with a pen in hand.

Some celebrities are shocked by Jones’s stalking skills. “I’ve been told like, no, there’s no way you should have known that I’m here right now.” He recalled being refused an autograph by Jimmy Page from Led Zeppelin at the Cleveland airport, who was upset Jones found him at luggage pickup at 1 a.m.

“What privacy is standing in luggage? Give me a break. It’s not that intrusive,” exclaimed Jones, who believes celebrities give up privacy when they become famous. “It’s part of the gig.”

Ironically, many graphers value their own privacy — most of Jones’ coworkers have no idea about his side hobby. “If I went up to someone and said, I’ve met the Beatles, Rolling Stones, every living president, three dead ones, and Britney Spears, they’d be like, ‘Okay this guy’s crazy, right? He’s a stalker.’ So I don’t advertise it.”

Jones enjoys autograph collecting because of the adrenaline that comes with knowing information no one else knows. He particularly enjoys the chase, and the “trophy” he receives at the end of it, an adventure he likens to hunting. “I don’t hunt but… well, I don’t hunt animals anyways.”

Jones keeps a couple of autographs from each celebrity for his collection, selling the rest to support future graphing adventures. “Get the money out of it, do what you got to do for the next one. Just keep feeding the beast.”

Before autographs are sold online, they are usually authenticated — Jones uses the company JSA, which he says raises the value of his items by 40 percent. Another popular authentication company is ACOA, created by RACC founder Justin Steffman.

“Everybody signs a certain way repeatedly, but then there’ll be a range,” said Steffman. For example, one star might always sign “J” the same way, but other letters will vary over time—forgers often stand out because they sign in a way that is “hyper consistent,” he said. Steffman also looks at other items sellers have listed for clues on their reliability.

Forgers are unaware of the nuances of the game, like which celebrities don’t typically sign and are therefore worth more. “They’ll price someone like Angelina Jolie the same as Scarlet Johansson,” said Steffman. “Jolie will sign a hundred items and Johansson is incredibly difficult, but they’ll both be up for $100.”

An admiration for celebrities and their “mark”

While Steffman estimates there are around 100 professional graphers in New York City, many collectors pursue the hobby for reasons besides money. Jeremy Schwartz, who has been collecting autographs since 2008, said he’s motivated by the thrill he feels when celebrities acknowledge him.

“For a lot of graphers that amazing feeling is seeing dollar signs, but I don’t make any money off this. For me, I don’t mean to sound pretentious, it’s a lot deeper than that.” When Schwartz, 28, receives an autograph, it feels like a celebrity has left their mark. “And that mark now belongs to me.”

He began collecting as a young boy, after his father took him to an autograph convention, an event where celebrities charge fees for photos and signatures. “I was like a kid at a candy store,” said Schwartz. In the following years, he started graphing on the street, waiting outside talk shows, Broadway plays, and movie premiers.

While Schwartz’s family is supportive of his hobby for the most part, his parents have raised concerns in the past. “Were there times when it might have gone a bit too far? Maybe.” Schwartz took a break from street graphing over the past couple years, after one too many experiences waiting in the freezing cold and chasing cars made him realize he might be overly wrapped up in his collection.

However, Schwartz came out of retirement last month after accidentally stumbling through a set for the TV show Succession. Now, he’s back in the game. “I missed the thrill of seeing these celebrities in person.” 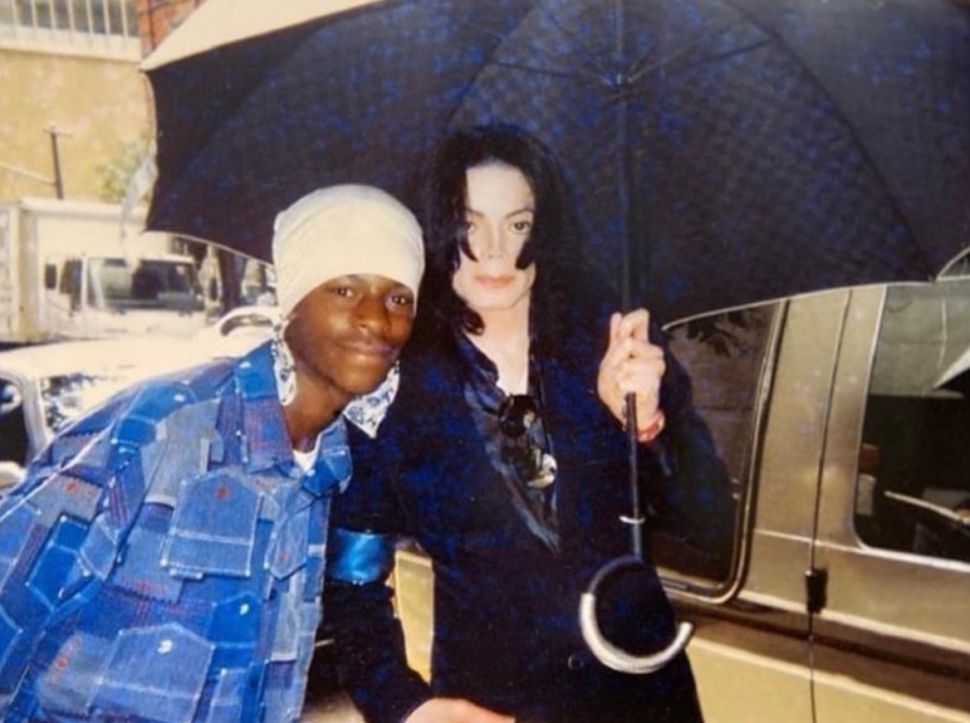 Welcome to Twitter, Mr. Musk! Here’s your accordion – Attack of...