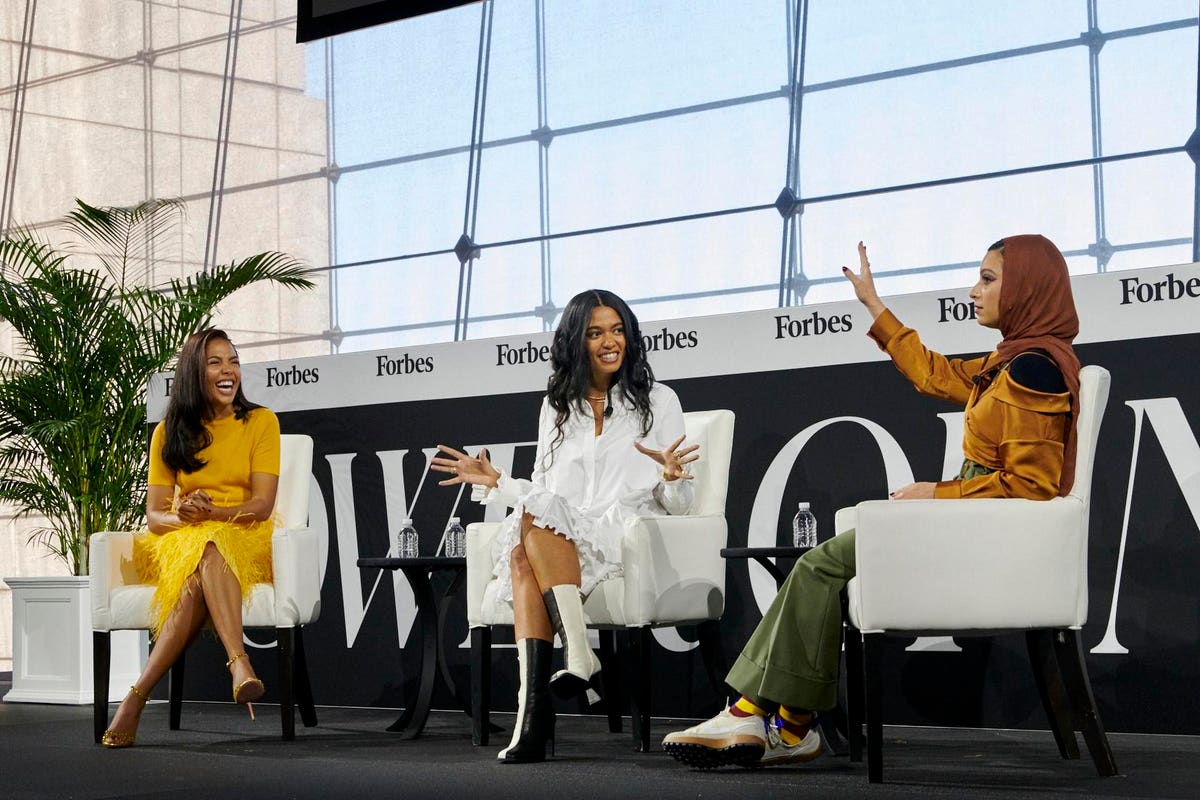 In 2020, Canadian designer and Brother Vellies Founder Aurora James was underwhelmed with corporate America’s response to the murder of George Floyd. She saw their diversity pledges and anti-racist donations, but for James–and millions of Black Americans–it wasn’t enough. And so, James took to Instagram, tagging the world’s largest retail brands and challenging them to have fair Black representation on their shelves. “We represent 15% of the population and we need to represent 15% of your shelf space,” she wrote.

“What does it mean to be anti-racist? You’re no longer just neutral. You’re anti-racist– that’s a powerful thing, right? It’s activated… So what does that actually look like?” said James. “And so I realized we need to start unpacking things. We also need to stop talking about entrepreneurs as though they just so happen to be underrepresented… Black American entrepreneurs haven’t been just underrepresented– they’ve been historically excluded.”

“Black Americans are almost 15% of the population,” said James. “Major retailers should consider committing 15% of their shelf space to black owned businesses, period.”

The more you say no to things that don’t feel right, the more powerful the yes is.

The post soon caught the attention of thousands, including Good American CEO and Skims founding partner Emma Grede, who later signed on to the pledge as chairman.

“The beauty of the Fifteen Percent Pledge was how succinct and simple it was. You can wrap your head around it in a millisecond,” said Grede, who joined James and journalist Noor Tagouri onstage at the Forbes Power Women Summit to discuss their efforts to open opportunities for Black creators and business owners. “I saw the future of the idea. I saw 20 years down the road.”

This marathon mentality has turned into quick results. Since 2020, 29 brands, including Macy’s, Sephora, Bloomingdale’s, Vogue Magazine, Next Model Management, and West Elm have signed contracts– some as long as 10 years– to allocate 15% of their shelf space to Black businesses. Over 625 Black-owned businesses, many of them small businesses, have landed deals with pledge-takers. The Pledge has also partnered with Google Shopping to create the Business Equity Community, an online ecosystem that connects corporate Pledge-takers directly with Black entrepreneurs and small businesses. It currently supports more than 2,000 Black-owned businesses across all industries, 90% of which are owned by women.

There’s something to be said about working towards a goal that’s entirely uncompromising.

James started her own fashion brand with $3,500 at a flea market on Manhattan’s Lower East Side and has since grown its earnings to more than $1 million in annual revenue. She explained onstage that she’s always had a complicated relationship with what it means to be successful because she’s historically centered her decisions around sustainability and thoughtfulness.

“Which is not what you would do for the bottom line, necessarily. But having a business that I felt proud of was my definition of success above financial return.”

Brother Vellies creates high-fashion shoes, bags and clothing by leveraging the talent of traditional craftpersons. All dyes and materials are natural, and the leather and hides are a byproduct of the local meat industry, turning usable products into wearable art.

“The more you say no to things that don’t feel right, the more powerful the yes is,” said James.

Grede, recently featured on Forbes’ America’s Richest Self Made Women list, juggles a handful of global brands: she’s a co-founder and the CEO of Khloe Kardashian’s apparel brand, Good American; the co-founder of Kris Jenner’s natural cleaning products brand Safely; and a founding partner of Kim Kardashian’s SKIMS apparel brand. She’s led these brands to explosive success, in part due to her commitment to inclusivity and representation in retail. Her billion-dollar footprint has garnered her a net worth of about $360 million and a seat as the first female judge of color on entrepreneurship show Shark Tank, where she places a strong priority in investing in Black women.

“I’ve had two businesses before starting the ones I’m involved with now and at a certain point in your career, you start to be less and less inclined to make any compromises. And the thing about the pledge is that it’s completely uncompromising,” said Grede. “You’re either in and you’re doing the work, or you’re saying to us, the work doesn’t matter. There’s something to be said about working towards a goal that’s entirely uncompromising.”

James and Grede are, admittedly, opposites when it comes to their businesses. But they find that collaborating from different pages opens the possibility to push their initiative universally.

“We’ve been able to work together because we’re curious about the way that we both see the world,” says James. “And we understand that Black women are not a monolith. We’re going to feel different ways, and I think we’ve both really challenged each other.”

The View fans think the new co-host search has been narrowed down to three...