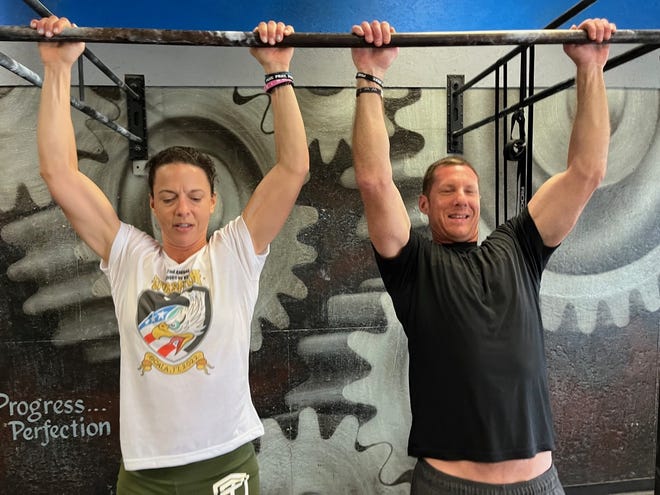 Dozens of athletes sweated out extreme workout sets – including the grueling “Murph,” which features two one-mile runs, 100 pull-ups, 200 push-ups and 300 air squats – during the “12 Hours of Heroes” event on Memorial Day at Zone Health and Fitness.

The event, meant to pay tribute to America’s fallen service members, kicked off at 7 a.m. and included 12 workout sets, with the final workout starting at 6 p.m.

German Aristizabal, 30, a National Guard veteran, set out to complete the “Murph” while wearing a 70-plus-pound backpack like a deployed service member. “This is to pay respect,” Aristizabal said.

‘We remember, and we are grateful’:Marion County gathers for annual Memorial Day ceremony

Proceeds from the event benefitted the Birdwell Foundation, which provides support for service members and first responders suffering the effects of PTSD and Military Sexual Trauma (MST).

The foundation also seeks to “decrease and eliminate” veteran and first responder suicide, according to BirdwellFoundation.org.

Nikki Bruno, a CrossFit coach, got the athletes assembled to start the “Murph” at 9 a.m. and reminded them of what the service members being honored had endured.

Jason White, director of the Florida chapter of the Birdwell Foundation, completed the “Murph” at the event.

“These fundraiser events are an example of gratitude from the community which truly save lives, not only through the funds donated to support much-needed support services, but also the camaraderie shared by veterans and first responders and their families,” White stated in a text.

“For participants, it’s a very personal thing and it gives them the opportunity to embrace their culture, to be recognized, to be humble, yet be proud,” he wrote.

The ‘Murph’ is named after a Medal of Honor recipient

The “Murph” workout is named in honor of Navy Lt. Michael Patrick Murphy, Special Warfare Specialist (SEAL) and Medal of Honor recipient who enlisted on Sept. 16, 2000, and was lost on June 28, 2005, according to a Navy biography. 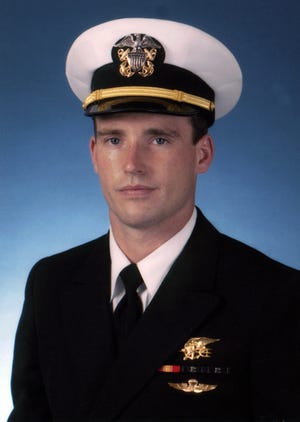 Additional biographical information at murphfoundation.org states Murphy was born May 7, 1976, in Smithtown, New York, and grew up in Patchogue, Long Island. He graduated from Penn State University with bachelor’s degrees in political science and psychology.

Rather than pursuing a law degree, he attended Navy demolition training, Army Jump School and other training to become a SEAL by 2002, the website states.

In 2005, Murphy was deployed to Afghanistan during Operation Enduring Freedom.

He was heading up a four-man team on June 28, 2005, as part of Operation Red Wing in Asadabad, Afghanistan, seeking an anti-coalition commander, when the team was discovered and engaged in a fierce firefight with a “much larger” Taliban force, according to the website.

Murphy moved to a location in the open “without regard for his own life” to transmit a call for help for his team. Murphy contacted a Quick Reaction Force but during his call in the open he was severely wounded. He completed the call, the website states.

A group of 16 rescuers arriving in a helicopter perished when it was shot down.

The website remarks on Murphy’s “inspiration devotion to his men” and how he transmitted the team’s position, which “ultimately led” to Luttrell’s rescue.

Why did local athletes come out on Memorial Day to take on this challenge?

Rob Pritz, 41, came Monday to complete the “Murph.” Pritz said from about age 15 to 29 he suffered from alcohol and drug addiction, but he “replaced drugs and alcohol with fitness.”

He finished the complete “Murphy” workout set in 56 minutes and 43 seconds, a personal best.

“You pick up an energy on Memorial Day,” he said about working out with the group of athletes.

Nina Graunke, who had recent back surgery, chose to do a “half Murphy.”

Delano Christie came to do the “Murph.” He recently completed firefighter training and will start as a firefighter/EMT in June with Ocala Fire Rescue.

Christie feels exercise regimes can help first responders cope with things they see on the job. 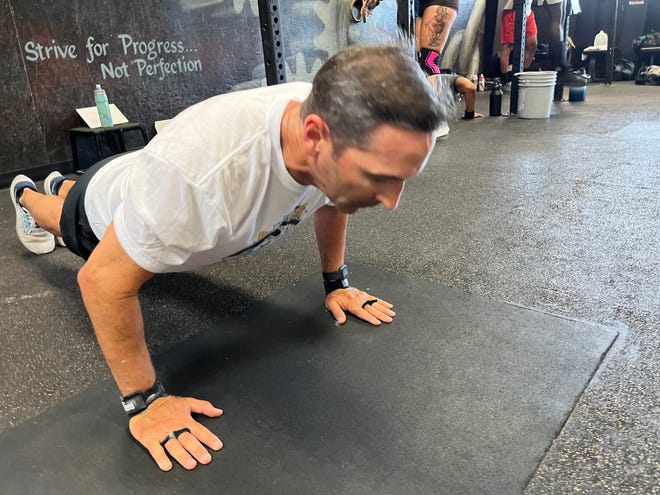 Ken Ausley and 5th Judicial Circuit Judge Steve Rogers, 54, were ready to tackle the “Murph” and had some good-natured joking before the start of the workout.

80 athletes came out for various workouts

Zone Health and Fitness owner Ben Marciano, CrossFit coach Christine Bianculli, Premier Class Director and Gulf War veteran Shae Tozzo and Zone General Manager Tracie Bracey were among the staff on hand to get the athletes lined up for each workout during the 12-hour event.

Albert Shaw, director of marketing for Zone Health and Fitness, stated in a text that 80 athletes participated in the event overall and 50 entered and completed the “Murph” workout set.

Over $3,000 was raised to benefit the Birdwell Foundation, he stated.

Marcia Sambula, 53, and her daughter, Shalom, 22, made it a family workout.

Both felt it was a hard workout but a great cause.