Arrow and Shadowhunters star Kat McNamara has wowed fans as she shares news she has been cast as the female lead in CW pilot Walker: Independence, a spin-off of the hugely popular Jared Padalecki series, Walker.

Kat posed for a new series of pictures wearing a sheer cropped white peplum tank paired with low rise blue ripped jeans. Taken by famed photographer John Russo, the snaps were taken in a lush corn field with the sun beaming down.

“These are gorgeous. You beauty,” commented Outlander’s Sophie Skelton as others called the pictures “beautiful”.

“Walking on sunshine,” she captioned the new look, which came a day after the news that she will headline the news series that is set in the late 1800s and follows Abby Walker (McNamara), an affluent Bostonian who decides to movie across the country with her husband to a new life in Independence, Texas.

But after her husband is killed by a horse thief in the night, Abby finds herself on a quest for revenge where she crosses paths with Hoyt Rawlins (played by Matt Barr), who is described as a “lovable rogue in search of purpose”.

It is unclear how the 1800s Abby Walker and Hoyt Rawlins will be tied to the current day family of Abilene Walker (Molly Hagan) and Gilmore Girls alum Jared as her son Cordell Walker.

“A girl walks into a western… There’s a new Walker in town. So thrilled to saddle up and join @tengstagram and this amazing cast and crew for an epic journey out West,” Kat shared with fans.

“I cannot begin to express how honored I am to be handed the reins of the #WALKERLegacy along with @matt_barr_ Now, pass the whisky y’all and let’s ride down this trail together!” 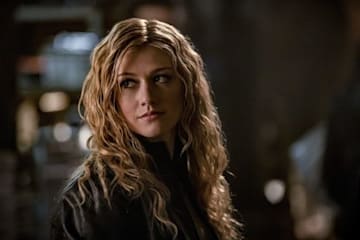 She returned as the beloved character in season eight of The Flash, with the five-part special event also featuring guest appearances from CW heroes and villains including Javicia Leslie as Batwoman, Brandon Routh as The Atom, Cress Williams as Black Lightning, Chyler Leigh as Sentinel, and Osric Chau as Ryan Choi.

A planned spin-off focusing on Mia, titled Green Arrow and the Canaries, failed to reach pilot status at The CW.

Ruben Randall - September 22, 2022 0
Money
In 2019, Michael Locksley became the head coach of the football team at the University of...