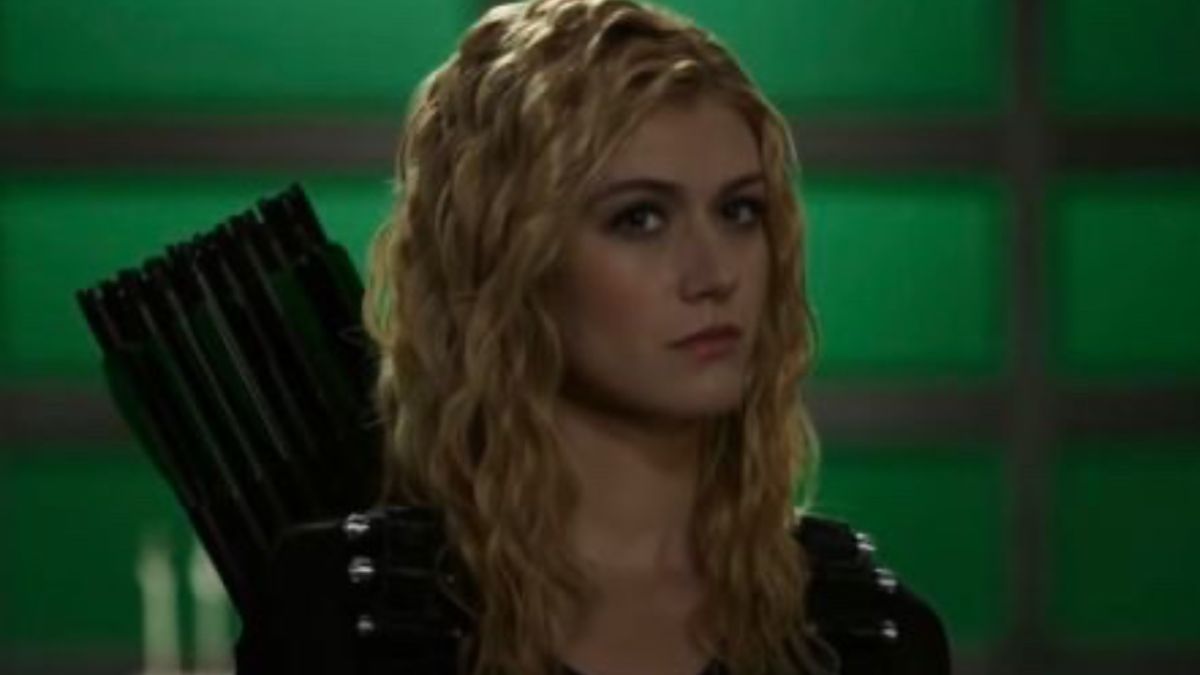 Even though Katherine McNamara’s Walker: Independence is airing now on The CW, the actress still thinks about her previous venture on the network. While Arrow spinoff Green Arrow and the Canaries never went to series, McNamara opened up about the one storyline she needs solved, and fans likely agree.

The potential spinoff’s backdoor pilot in Arrow’s final season ended on a major cliffhanger where William was taken. To this day, that mystery hasn’t been solved on screen. When McNamara returned as Mia Smoak for the “Armageddon” crossover event, she had yet to find her big brother. In a new interview with Looper, the Shadowhunters alum discussed how much she needs that Arrowverse storyline to be solved:

It’s definitely still a disappointment that the episode ended on a cliffhanger, and we never got a resolution. Since McNamara still has an interest in the story being told in the Arrowverse (or at least what’s still left of it after all the cancellations), hopefully that will be resolved at some point before it’s too late, even if we don’t get to actually see it happen.

Katherine McNamara also revealed that she has been campaigning for the resolution of the storyline for quite some time. She knows that not only do the fans deserve it, but Ben Lewis, who played William, also deserves some closure for his character. And if it was up to her, there’d be no question about it:

It’s unknown if this storyline will ever be resolved, unfortunately, but knowing that Katherine McNamara is determined may make fans feel just a little better. It does make me wonder if the Arrow writers who crafted the cliffhanger in the first place already had plans for what had happened to William. From the way McNamara is talking, it sounds like she has no clue just what her on-screen brother got into.

With The Flash as the last remaining series that is canonically in the Arrowverse (as Superman & Lois is not in the Arrowverse), my fingers are crossed that we all get our wish and McNamara returns in The Flash’s final season to get some help in finding her brother. Or, at the very least, we get some good news about it, and the rescue happens off-screen.

Prior to returning to the Arrowverse for the “Armageddon” crossover, Katherine McNamara expressed interest in returning as Mia. Now with a year passed since she reprised her role as the Green Arrow, McNamara has her new project on The CW, but her heart is still with Mia and finishing that story. Unfortunately, with The CW making cuts following their Nexstar deal, it’s hard to predict what will happen on the network.

Stream all eight seasons of Arrow on Netflix with a subscription! Check out CinemaBlend’s 2022 TV schedule to see what to look forward to.

Here’s What Lauren Lapkus From ‘Orange Is The New Black’ Is...

Adam Devine Is a Married Man! Who Is Chloe Bridges? Meet...