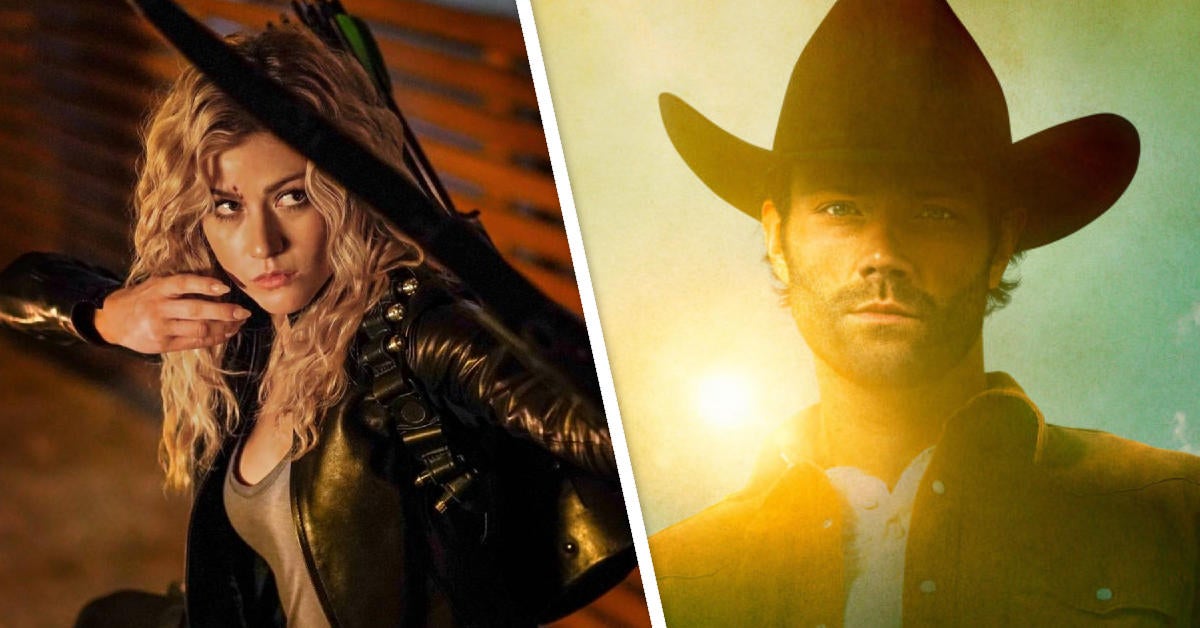 An Arrow alum a is officially headed to another corner of The CW. On Wednesday, it was announced that Katherine McNamara has been cast in the lead role on Walker: Independence, the prequel spinoff series that recently received a pilot order from the network. McNamara will be portraying Abby Walker, the ancestor of Walker’s Cordell Walker (Jared Padalecki) from the late 1800s. McNamara previously portrayed Mia Smoak-Queen / Green Arrow on the final two seasons of The CW’s Arrow, a role she most recently portrayed in the final chapter of The Flash’s “Armageddon” event. Her filmography also includes Trust, The Stand, and Shadowhunters.

McNamara’s Abby Walker is originally from Boston’s high society, and is a tough-minded woman moving across the country with her husband to a new life in Independence. After her husband is killed by a horse thief in the night, Abby wanders grief-stricken through the brush and finally into the town of Independence. She takes on the name of “Walker” and sets about building her strength (personal and financial), because she’s going to be the first Walker to go to war against overwhelming odds. The first but not the last…

Walker: Independence is set in the late 1800s and follows Abby Walker, an affluent Bostonian whose husband is murdered before her eyes while on their journey out West. On her quest for revenge, Abby crosses paths with Hoyt Rawlins (Matt Barr), a lovable rogue in search of purpose. Abby and Hoyt’s journey takes them to Independence, Texas, where they encounter diverse, eclectic residents running from their own troubled pasts and chasing their dreams. Our newfound family will struggle with the changing world around them, while becoming agents of change themselves in a town where nothing is what it seems. The series also stars Lawrence Kao as Kai, Greg Hovanessian as Tom Davidson, and Philemon Chambers as Gus.

This marks the latest pilot project for The CW centered around McNamara, after she was previously a fixture of Green Arrow and the Canaries, an Arrow backdoor pilot that would have revolved around Mia, Laurel Lance / Black Canary (Katie Cassidy), and Dinah Drake / Black Canary (Juliana Harkavy). The project was ultimately not picked up to series in 2020, but McNamara returned to the role and the network on “Armageddon.”

“Anytime somebody needs a girl in a green suit to come and shoot some arrows and fight some bad guys, just project a green arrow in the sky and I’ll come a-running,” McNamara told ComicBook.com in an interview late last year. “But now… there’s always a cliffhanger and there’s always a question mark and there’s so much that’s been set up in the story and so much moving forward that is a possibility, especially now that she’s reconnected with her Uncle Barry and Aunt Iris in a lot of ways.”

What do you think of Katherine McNamara being cast in the lead role of Walker: Independence? Share your thoughts with us in the comments below!

Ruben Randall - May 10, 2022 0
Actor
While there surely are none like him, Chris Pratt is often confused for someone else, courtesy of his name. And not just to...