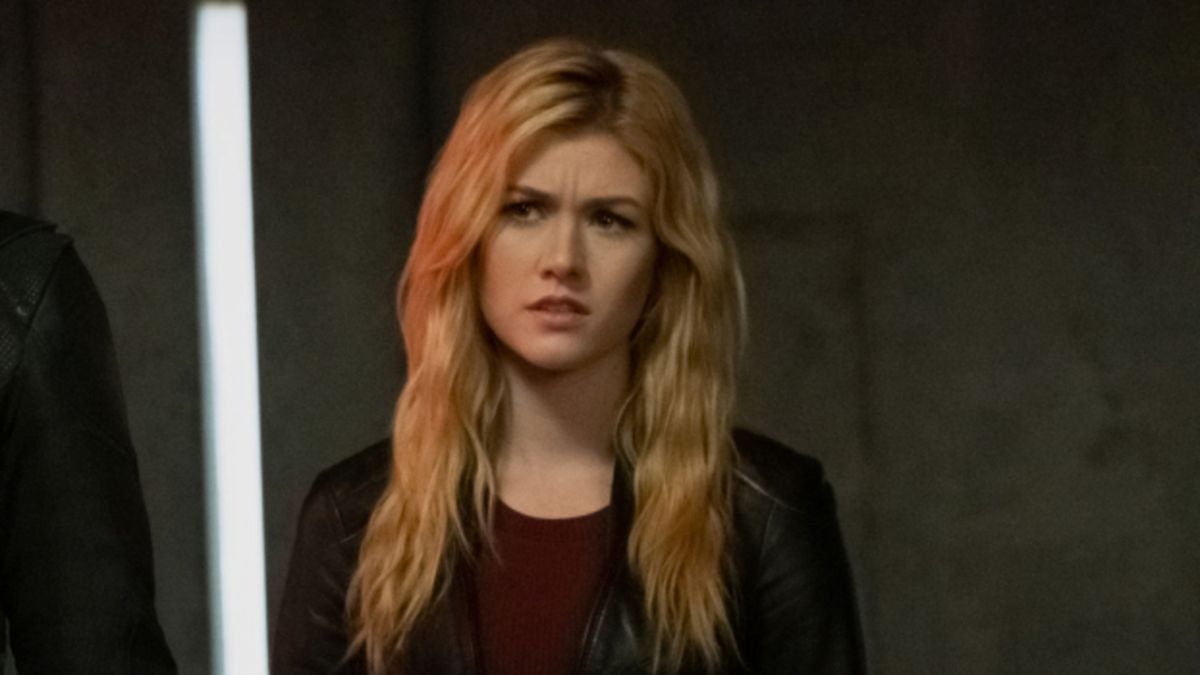 Kat McNamara’s big Arrowverse return is coming up during The Flash’s five-part “Armageddon” event, and fans are surely glad to know that she’s officially back in the Arrowvverse fold. McNamara is reprising her role as Mia Smoak/Green Arrow, taking on her late dad’s mantle. The character has become a fan favorite since her introduction, and it’s been fun to watch her develop as a hero. Now, McNamara has shared some insight into how she was able to craft the role without any comic book source material to utilize.

Most fans likely know by now that Mia was not present in the pages of DC comic books and was rather created by the incredible writers on on Arrow. As a result, the actress did not have the privilege of going through Mia’s backstory and publication history like a number of her co-stars. While speaking with Collider about her upcoming appearance on The Flash, she explained how she developed the character and, apparently, she had a considerable amount of help:

Because she’s not a character that’s canon in the comics, there was a lot of finding Mia as she was being written. I give huge credit to Beth Schwartz, Marc Guggenheim, Jill Blankenship, Oscar Balderrama, and all of the writers on Arrow that were so integral in bringing Mia to life and creating who she is. From the first episode that I read, I got a lot of her backstory. A few episodes in, they did a full flashback episode, where you saw Mia’s story, how she developed, and when she finally found Felicity again. But a lot of my character development, aside from that, came from watching Arrow.

See also  The Importance Of Being Earnest

Mia was first introduced in Season 7 of Arrow through flash forwards that show Star City decades into the future. As the daughter of Oliver Queen and Felicity Smoak, th young woman had a lot to live up to, meaning that Kat McNamara also had also had a lot of expectations set before her. But on the bright side, she was able to form her role by looking to the performances of her on-screen parents:

I knew that she was meant to be this amalgamation of Olicity. Stephen [Amell] and Emily [Bett Rickards] had done so much work. At that time, I had six seasons worth to watch, of their work and their relationship and how their characters had developed and what their pasts were. From what I knew about Mia’s upbringing bringing, as well as how their characters had developed and what Mia’s genetic makeup would be, I loved both of the characters and decided to try to pull little elements of each of them. I was like, “What would their child be? How does she move? What’s her sense of humor? What does she glean from each of them, having spent more time with Felicity, but still being very much of the Queen family genetics? How does that personify?” Between that and the writers, I was able to really come up with something that I was very happy with, in the end.

Kat McNamara definitely brought Mia Smoak to life and, with her talent, she’s more than believable as the daughter of the two heroes. Unfortunately, we haven’t seen her as in her green get-up much these days, though, as Arrow wrapped back in early 2020. And many fans are likely still reeling from the fact that the CW axed Green Arrow and the Canaries spinoff. Still, it’s great that she’s getting more opportunities to return to the massive superhero universe.

As of right now, Mia’s role in this new crossover is still a mystery. However, we do know that she’s only one of a few veteran Arrowverse characters that will be arriving in Central City to help out Barry Allen and his allies. It’ll be interesting to see how the young archer figures into things.

Don’t miss the return of Kat McNamara as Mia Smoak on The Flash’s “Armageddon” event, which airs Tuesdays at 8 p.m. EST on The CW!

Celebrities Who Won’t Give Their Kids Christmas Gifts

For Elvis Mitchell, Critic Turned Filmmaker, a Chance to Show and Tell

Amanda Seales responds to criticism about her portraying an AKA on...