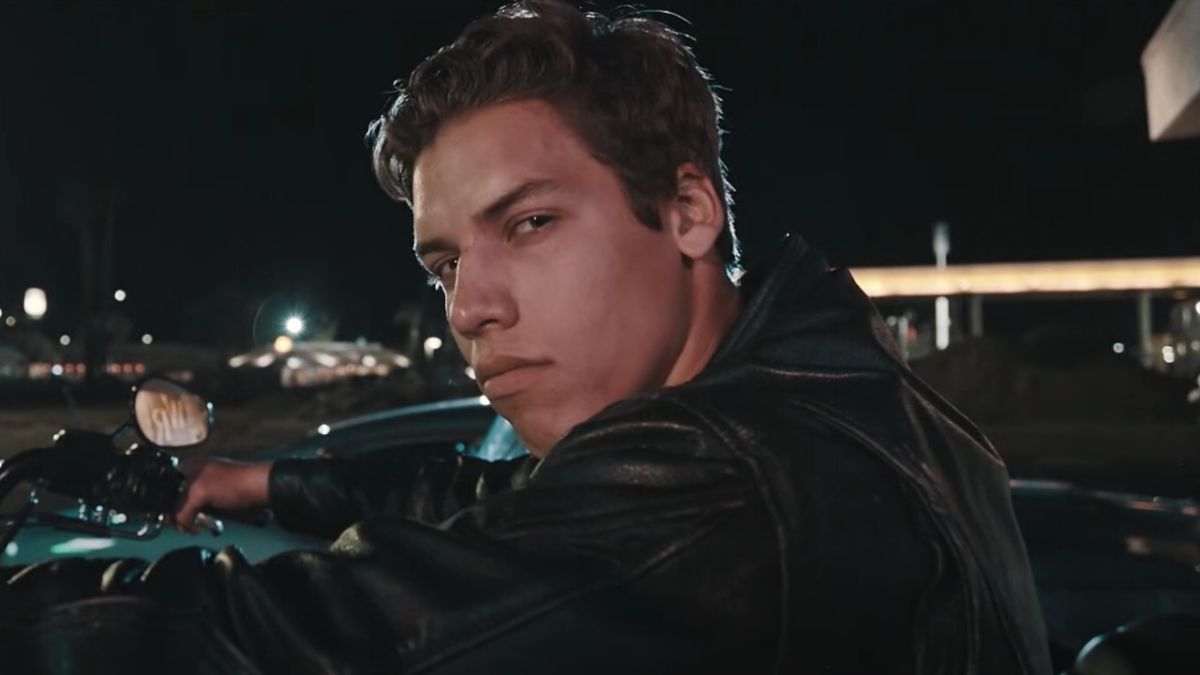 Arnold Schwarzenegger was basically the picture of fitness in the ‘80s and ‘90s – OK, he still kind of is. The action hero has seemingly passed down his love for lifting and staying fit to his youngest son Joseph Baena, as the weight lifter and actor recently shared a shirtless video of himself doing some pulldowns and, particularly when he strikes a pose, the resemblance to his famous father is strikingly uncanny.

Joseph Baena has been open in the past about his somewhat unorthodox relationship with Schwarzenegger, and the two are pretty close despite Baena not taking his famous dad’s last name. Though he is the youngest of Arnold’s kids, it would seem he has the most resemblance to the iconic actor, in both appearance and fitness level.

In a recent Instagram story, Joseph Baena shares a video of himself working out shirtless and doing some pulldowns, a fitness move that involves, well, pulling down weight to strengthen the biceps as well as a number of back muscles. You can check out a screenshot from the video below, in which Baena is mid-pulldown:

While being as fit as Joseph Baena certainly takes some major work and dedication, having Mr. Universe for a dad can’t hurt, either. Baena has said in the past that he has received tips from Arnold Schwarzenegger and has trained with him, which was presumably a pretty solid bonding experience for the two.

Whatever Joseph Baena is doing, whether it be taking advice from his famous dad or putting in work with pulldowns, it is certainly working. Check out this other screenshot from his story, where Baena shows off his huge arm muscles. That’s a bodybuilding pose if I’ve ever seen one…

Joseph Baena certainly looks like a younger version of his dad and has followed in Arnold Schwarzenegger’s footsteps in more than one way. In addition to taking his health and fitness very seriously, Baena has started up his own acting career. It wasn’t long ago that he was impersonating his father in a recreation of one of his famous Terminator 2 scenes, and now he is starting to have some of his own film credits to his name.

Though Schwarzenegger already has a son who acts, Patrick, to think that we could have another Schwarzenegger with workout swag is certainly exciting, but we, of course, have to remember that Joseph Baena is his own person, even if he does look strikingly similar to Arnold Schwarzenegger when he was young. It’s also smart to note that Baena is much younger now than his father was when he was doing movies like Terminator and The Running Man. Baena is just 24 years old, with plenty of time to come into his own.

Joseph Baena was in the 2022 new release Chariot, and he is set to appear in Bully High and the sci-fi film Encounters. I can’t wait to see what Baena does in the future, as it is becoming pretty clear he is a chip off the old block.

Ruben Randall - September 9, 2022 0
TV/Movies
On most days, it feels impossible to be a fan of horror and not also be a fan of Stephen King. Called by many...