The 24-year-old bodybuilder and actor announced in an Instagram post on Wednesday that he sold his first home after becoming a real estate agent last year.

“SOLD!!!” Baena wrote alongside an image of himself standing beside a real estate sign. “Congratulations to my clients for trusting myself and @aria_properties to sell their beautiful Santa Monica Property!🍾🎉🎊.”

On his Instagram Story, the son of Arnold Schwarzenegger and his former housekeeper, Mildred Patricia Baena, also shared a moving image of himself celebrating his feat. “Closing day,” he wrote beside the snapshot. 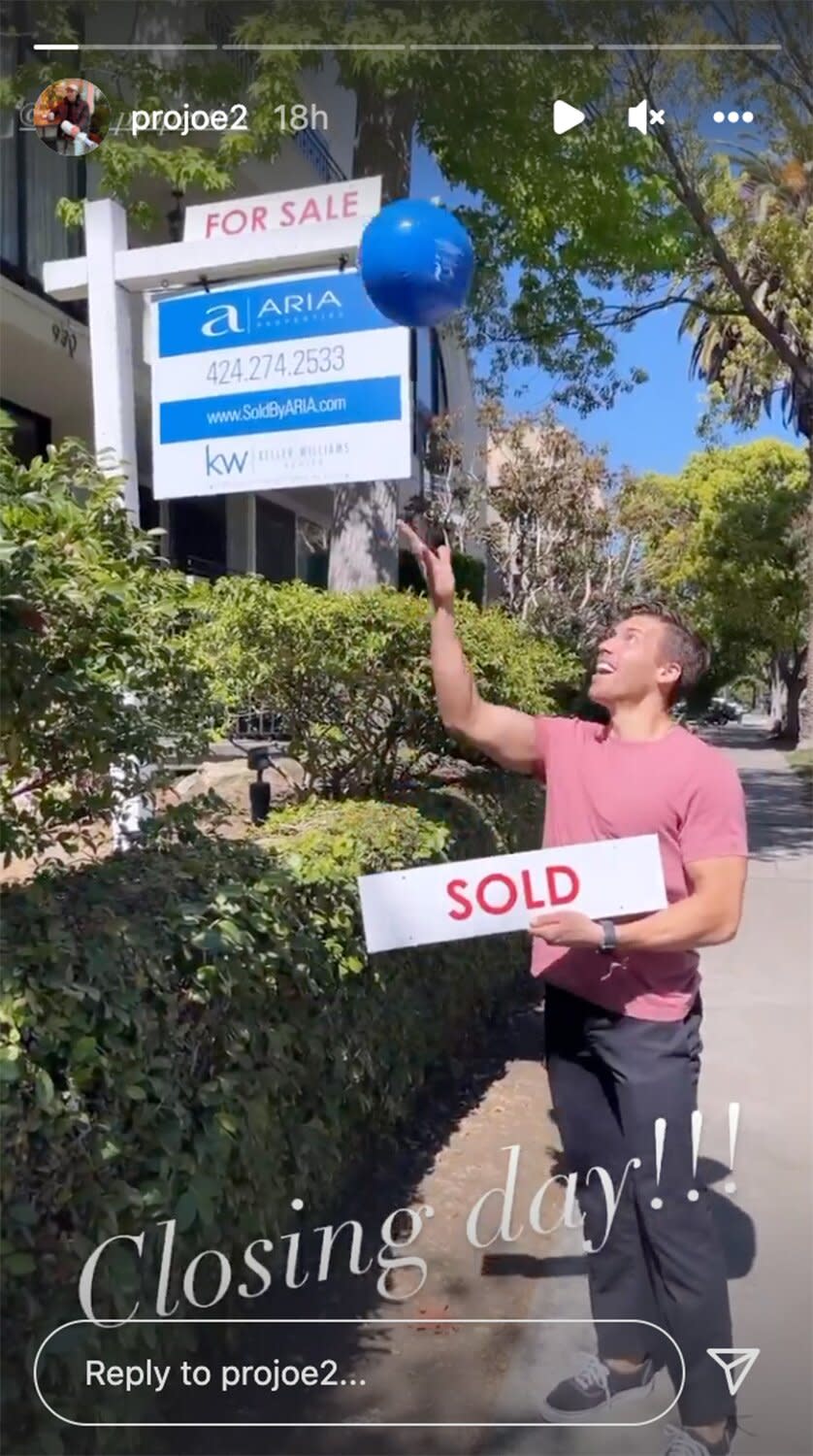 In another post on his Story, Baena shared an image of a celebratory meal, writing alongside the shot: “Closing dinner.” 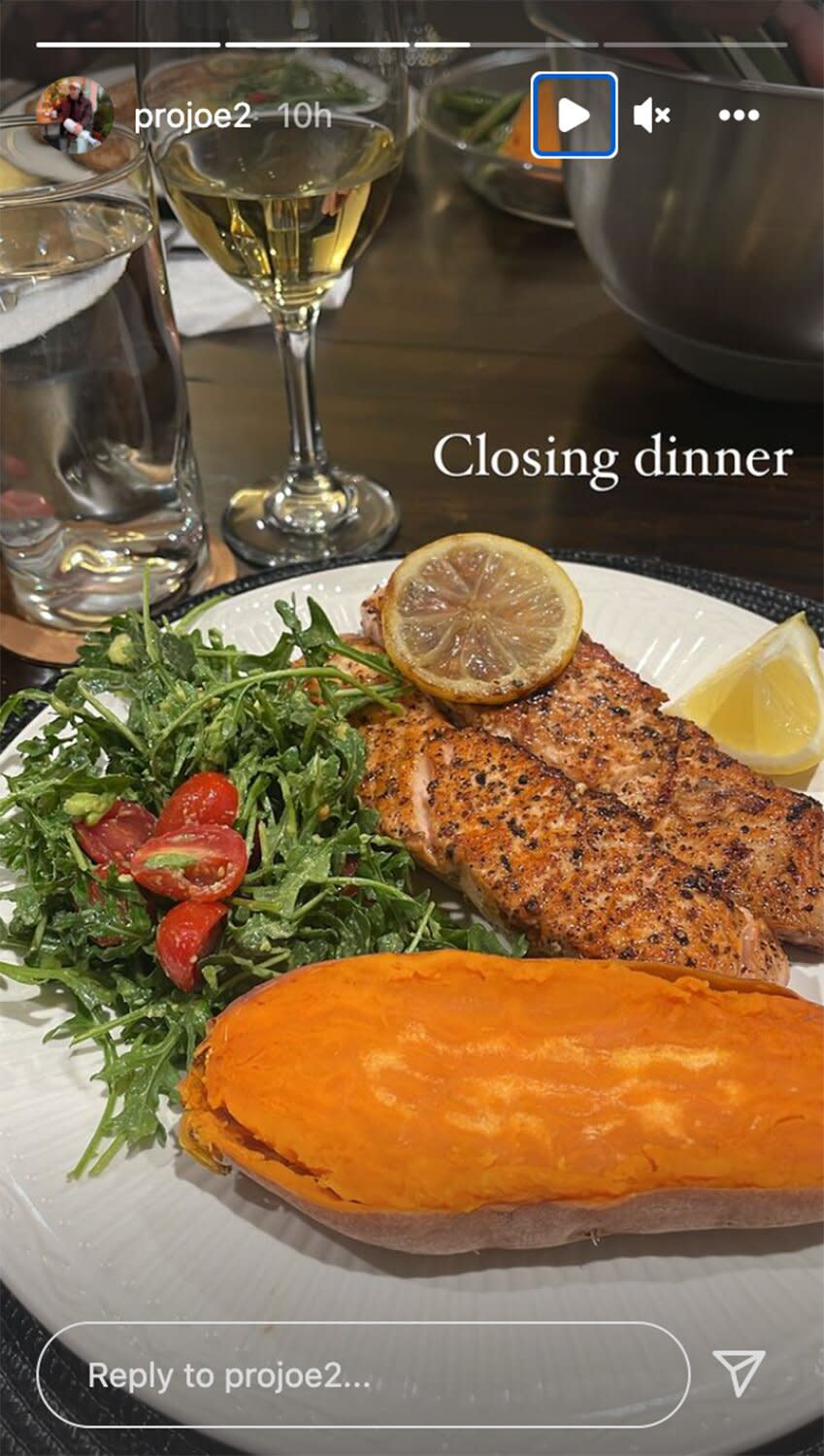 Back in May 2021, Baena announced on Instagram that he was going into real estate, a switch from his previous bodybuilding endeavors that mirrored Schwarzenegger’s time in the competitive sport.

In the caption of his post, Baena said he’s “not your average realtor,” as he posed in a printed button down and dress pants, holding a leather folder and smiling in front of a luxury home in Los Angeles.

Want to get the biggest stories from PEOPLE every weekday? Subscribe to our new podcast, PEOPLE Every Day, to get the essential celebrity, entertainment and human interest news stories Monday through Friday.

“Super excited to start a new career in residential real estate,” he continued. “Looking forward to growing and learning from my amazing team @aria_properties, but more so looking forward to putting you guys in a new home!”

Baena also revealed he’ll be based in West Los Angeles and Silicon Beach, and said if anyone is looking to buy or sell a home to “shoot me a DM.”

Earlier this year, Baena detailed that he doesn’t want to rely on his famous father’s last name while carving out a career for himself.

“My dad is old-school; he doesn’t believe in handouts. He believes hard work pays off, and so do I,” he told Men’s Health for its March 2022 cover issue. “I love the word honor, and I’m very prideful in the sense that if I use my dad’s contacts or ask him for favors, I wonder what honor is that gonna bring me?”

Baena, who is still pursuing an acting career alongside being a realtor, explained that it “took a little bit” for him to “realize that I don’t have to do what my dad did.”

“I don’t have to get into acting or bodybuilding. I’m very motivated and driven. I’m happy about my relationship with my dad,” he told the magazine. “But I’m more happy that I am finding joy in what I’m doing and that I’m doing exactly what I’ve always dreamed about.”‘

“A lot of guys struggle with trying to make their dad proud or trying to get out of their dad’s shadow. But as long as you’re doing what you want to do, then that all comes. Of course, maybe those guys don’t have such nice dads,” Baena added.

Ruben Randall - July 14, 2022 0
Actor
Walter Hill always believed in Arnold Schwarzenegger. "Everyone thinks it's his muscles," Hill told the Chicago Tribune, "It's not that at all: It's...