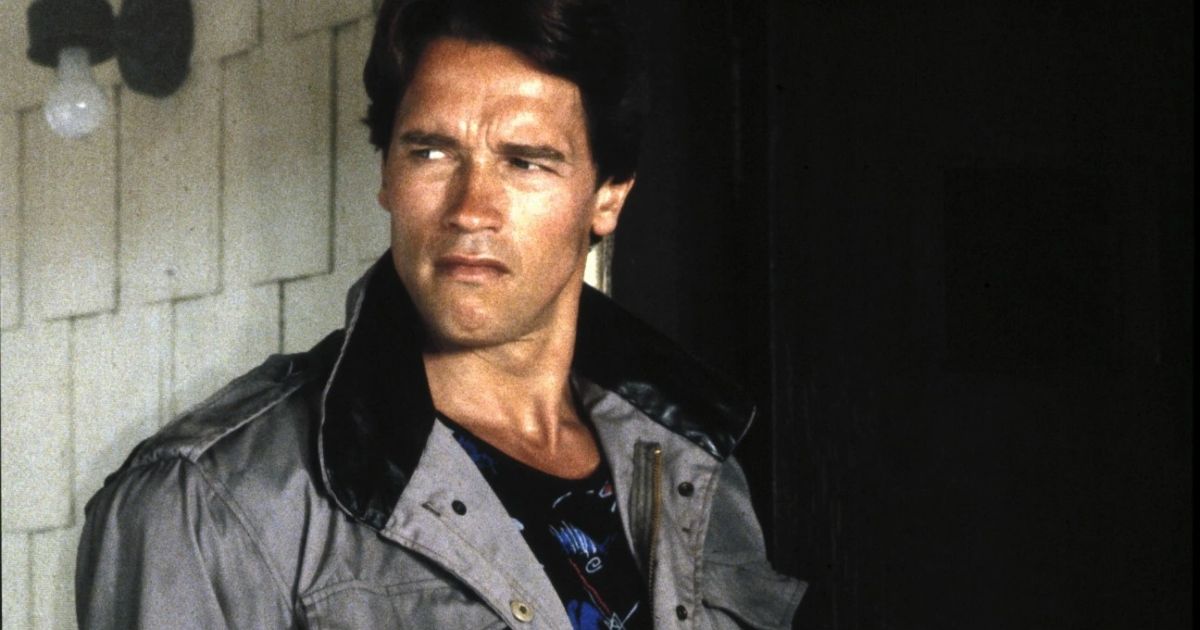 First a bodybuilder, then an actor, then a politician. One might argue Arnold Schwarzenegger has lived the American dream. And yes, he’ll “be back” — for more films, that is. Schwarzenegger continues to make headlines for his various projects and involvement with pop culture. His son Patrick is currently co-starring on HBO Max’s hit show The Staircase. Perhaps they’ll co-star in a film together one day? Only time will tell.

The 1980s saw the release of some of the best films of all time. When it comes to Schwarzenegger’s filmography, this decade is arguably his juiciest in terms of memorable on-screen efforts. Many of the films listed below are still relevant in Hollywood, in terms of spinoffs and potential sequels. Here’s a closer look at Schwarzenegger’s heyday with our top 5 list of his best films from the 80s.

Related: Arnold Schwarzenegger: How the Weight Lifter Went From Movie Star to Governor and Back

Schwarzenegger first portrayed Conan the Barbarian in the 1982 action film of the same name, leading to a sequel, Conan the Destroyer, a few years later. But the original takes the cake, as is usually the case. Schwarzenegger’s role as Conan is still one of his most well-regarded and certainly paved the way for future action-star roles for the Austrian. The relentlessly quotable OG film tells the story of the warrior as he seeks vengeance for the death of his parents at the hands of Thulsa Doom (James Earl Jones), the leader of a snake cult. The film’s continued success has kept fans’ hopes alive for a final Conan film that’s been in talks for a while now, The Legend of Conan.

The Running Man is set in a dystopian future and follows Ben Richards (Schwarzenegger), who competes in a broadcast game show where criminals flee from armed “stalkers” hired to kill them. Making it out alive means earning a state pardon. All the while, people watch the festivities as the world’s economy has completely collapsed and watching professional killers butcher convicted criminals is what passes for entertainment in this alternate reality. This late-1980s effort laid the groundwork for countless other dystopian films that would later hit the masses. It also secured Schwarzenegger’s name in Hollywood as a serious leading man — not just an action hulk.

Commando showcases Schwarzenegger as the preeminent example of the one-man army. The story follows Matrix, a former commando on a mission to rescue his daughter from the clutches of a crazed mercenary and dictator. Watch as Schwarzenegger takes down an endless brigade of henchmen in this tight 90-minute effort, which performed extremely well at the box office.

Schwarzenegger was once asked about Commando in comparison to Sylvester Stallone’s First Blood, saying: “Mine is a battleground right in Los Angeles. Stallone’s battleground is Vietnam. His is a very politically oriented movie, and mine is not at all. Mine is humor oriented. You can laugh and you can have a good time with it, and I don’t take myself seriously in the film either. I believe in comic relief, otherwise the whole thing becomes too intense and too heavy.”

Who can forget Predator — especially since the franchise is still alive and kicking in Hollywood today? The original hit film follows an elite paramilitary rescue team led by Dutch (Schwarzenegger) looking to save hostages in the guerrilla-held territory in a Central American rainforest. There they encounter the infamous alien hunter, where Dutch’s entire team gets picked off one by one, leaving Dutch to face the creature alone. Sequels and reboots would follow in the years and decades following the 1987 crowd-pleaser, which also starred a standout Carl Weathers (whose death scene is perhaps the film’s most memorable moment).

His own sequel may have surpassed the original, but James Cameron’s 1984 groundbreaking The Terminator is still iconic in many ways. For those who need a refresher, the wonderfully unique storyline begins with Schwarzenegger’s killer cyborg making his first appearance in present-day society, having been sent from the year 2029 in order to kill Sarah Connor (Linda Hamilton). Sarah is destined to give birth to a son, John Connor, who will go on to be the leader of the Human Resistance against Skynet. Also traveling back in time is Kyle Reese (Michael Biehn), hoping to defend Connor from the Terminator, who relentlessly pursues her.

According to Men’s Health, Schwarzenegger originally had his eye on playing the human resistance fighter Kyle Reese, but when he read the script for the movie, he got “fixated” on the villain role: “He’s a machine. So everything has to be matter-of-fact. I told [James Cameron] that. I said there should be no joy, no gratification, no kind of victory lap of any sort. Just the mission, complete. I go through these points. Jim, afterward, says to me, ‘F***, you analyze it better than the way I have written it. Why don’t you play the Terminator?'”


Will Sayre is an evergreen and republish writer at Movieweb.com. He has also written and produced entertainment stories at Spectrum News and Warner Bros. Television. Sayre graduated with honors from Boston University’s College of Communication. He also served as film critic at The Taft School in Connecticut.

More
From Will Sayre

Ruben Randall - August 3, 2022 0
TV/Movies
TEEN Mom Kailyn Lowry has fans convinced she's expecting her fifth child as they believe the star attempted to hide her stomach in a...