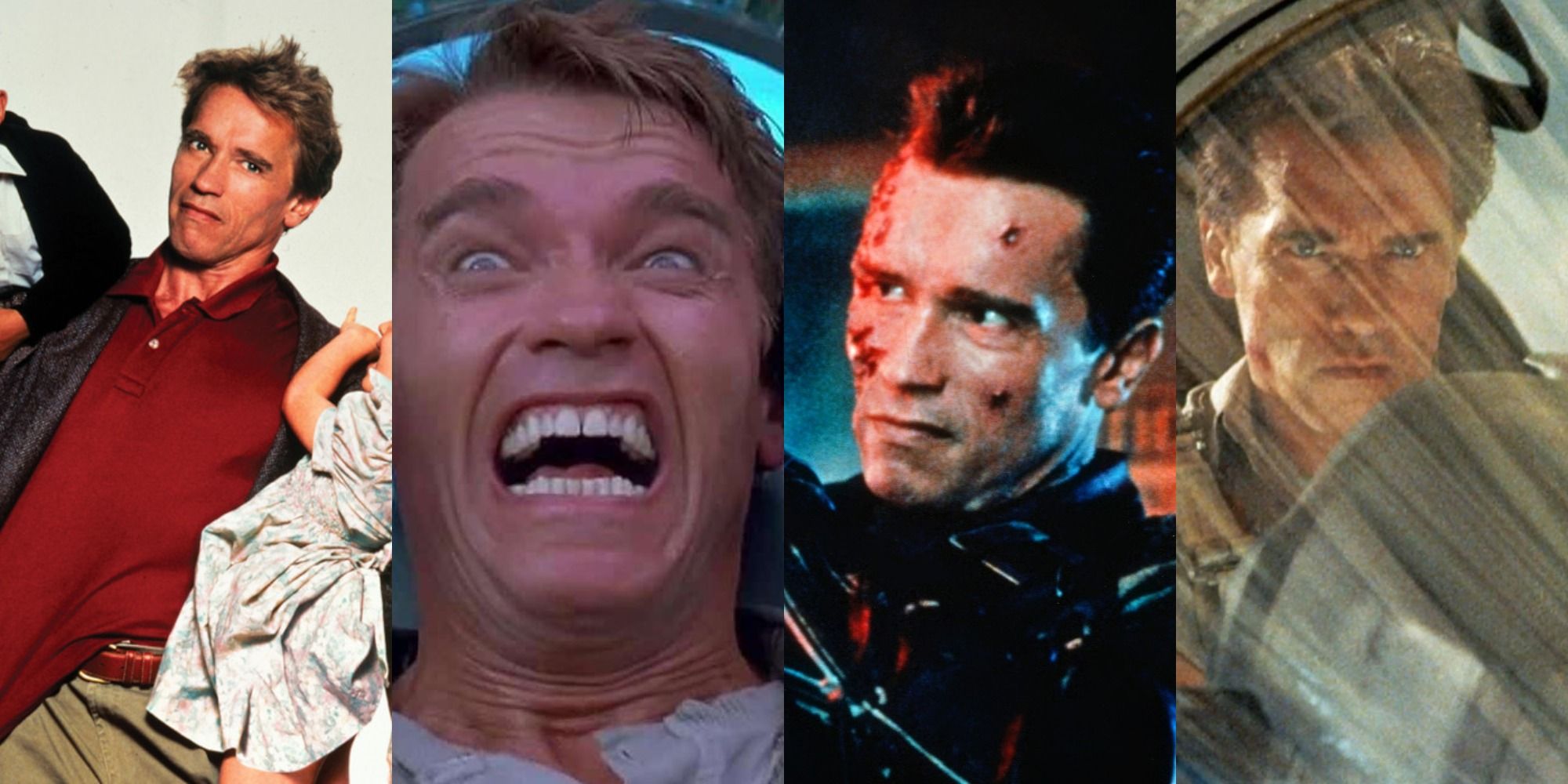 One way to gauge which movies are worth watching is via Metacritic, where movies are assigned a numerical value that corresponds with their overall critical reaction. The reviews are placed in one of three categories: green for favorable or universal acclaim, yellow for mixed, and red for unfavorable or overwhelming dislike. This is particularly useful for finding a long-working actor’s top roles, like for action legend Arnold Schwarzenegger.

RELATED: The Greatest ’80s Action Movies, According To Ranker

As it turns out, Schwarzenegger’s career average is at exactly 50. With that being said, some of his most loved films didn’t make the Metacritic cut of his “top ten,” in favor of more controversial choices.

Schwarzenegger’s highest-rated movie from the 2010s has a Metascore of 54, which was derived from 33 critics’ reviews. With that being said, its user score of 6.6 indicates a generally favorable response from the public.

The Last Stand featured Schwarzenegger’s smalltown sheriff, Ray Owen, in a win-or-die standoff with a crime kingpin, who’s speeding towards Sommerton Junction in one of the world’s fastest cars. By his side is vintage arms collector Lewis Dinkum, portrayed with gusto by Johnny Knoxville.

Featuring some of Schwarzenegger’s most underrated movie quotes, Eraser also has a rating of 56, which is a stand-in for mixed reviews. However, its user score is substantially better at a generally favorable 7.6.

Eraser follows Schwarzenegger’s John “The Eraser” Kruger, a U.S. Marshal for WITSEC who is tasked with securing the safety of a major arms deal witness. However, a supposed friend and colleague is with the bad guys, and they have electromagnetic rifles.

One of Paul Verhoeven’s best movies, Total Recall, is also frequently seen as one of Schwarzenegger’s. However, its Metascore of 57 indicates only average reviews. With that being said, its 426 publically-contributed ratings have given it a user score of 8.8, otherwise labeled universal acclaim.

Verhoeven’s film follows Douglas Quaid, a man living in the year 2084, a time when someone can have fun, false memories planted into their brains. However, reality soon becomes a blur, and Quaid is dodging bullets and lies left and right.

With a mixed Metascore of 59, Junior oddly has a higher score than Twins’ 53, which is largely seen as the superior Schwarzenegger-Dane DeVito-Ivan Reitman comedy. Looking at the user ratings shows there’s a flip, with Junior holding a 6.9 while Twins has an 8.2.

Junior features Schwarzenegger as a scientist who tests a potential new wonderdrug on himself. To analyze its effects, he has his partner implant an embryo. It’s certainly one of Schwarzenegger’s stranger movies, but it features a sweet performance by Emma Thompson.

Stay Hungry only has 7 reviews from critics, with enough positivity to give the movie a mixed Metascore of 60. With that being said, the Schwarzenegger, Jeff Bridges, and Sally Field movie does not have any user ratings.

The film follows Bridges’ Craig Blake, a slacker who is recruited by a shady businessman to buy a gym. However, after he gets to know one of the weightlifters and Field’s gym worker, Blake has a resounding change of heart.

With a Metascore of 61, the reviews for Schwarzenegger’s comedic action movie Kindergarten Cop mostly skew positive. However, its user score was even better, holding strong an 8.1 with 169 ratings tallied.

Kindergarten Cop finds Schwarzenegger taking on his greatest threat yet: a classroom full of elementary schoolers. Further complicating matters is the pesky drug lord whose son is a member of the class. Now, Schwarzenegger’s John Kimble must both do his job and learn to open his heart to a fellow teacher.

Not everything about True Lies has aged well for the 2020s, but critical and user responses have held strong. Its Metascore of 63 indicates overall favorable reviews while its far higher user score of 8.5 signifies universal acclaim.

James Cameron’s third film with Schwarzenegger finds the actor portraying Harry Tasker, a spy who pretends to be a 9-5 salesman. Soon, he’s trying to save his wife, Helen (Jamie Lee Curtis), from a sleazy used-car salesman (Bill Paxton) pretending to be the very thing Helen’s husband secretly is. But the Toyota peddler is nothing compared to Aziz, an Islamic jihadist.

With surprisingly favorable reviews, Terminator 3: Rise of the Machines holds a Metascore of 66 from 41 contributed reviews. It has an even higher user score of 7.4, which is derived from 823 ratings.

The third entry in the franchise again followed the T-800, this time taking on a female terminator. But judgment day has never been more likely, and time may be running out for Earth. As for the subsequent installments, Schwarzenegger does not appear in Terminator Salvation while Terminator Genisys holds a poor score of 38. Terminator: Dark Fate was a return to form that managed to rebound, but it was only to a score of 54.

While in some ways an improvement over the original film, Terminator 2: Judgment Day still holds a score nearly 10 points lower on Metacritic. James Cameron’s sequel holds a generally favorable Metascore of 75, but a much better user score of 9.0, which signifies universal acclaim.

T2 follows a rebooted T-800 as it protects a young John Connor from the liquid metal T-1000. By their side is Sarah Connor, now much tougher and combat-ready. Neither she nor the T-800 will ever give up on John, but neither will the shapeshifting futuristic killing machine.

Based on 21 critic reviews, The Terminator holds a Metacritic Must-See badge with a rating of 84. Interestingly enough, however, is its generally favorable user score of 7.6, or 1.4 less than its immediate sequel.

The Terminator follows waitress Sarah Connor who is approached by two different men with one thing in common: they’re from the future. One is Kyle Reese, a soldier on a mission to protect her from the other, a nearly-unstoppable cyborg assassin.

NEXT: All The Real-Life Crimes Committed By The Terminator In The First Movie


Next
The 10 Best Years For Comedy Movies, According To Reddit


Ben Hathaway is a Senior Writer (Lists) for Screen Rant. A former Therapeutic Day Treatment counselor, Ben is now a career writer. When not working, he is writing and self-publishing (on Amazon) novels under the name Scott Gray. In his spare time, he’s reading on the porch or watching every film under the sun. Ben can be contacted at [email protected]

Sarah Levy & Her Husband Graham Outerbridge Have A Sweet Family