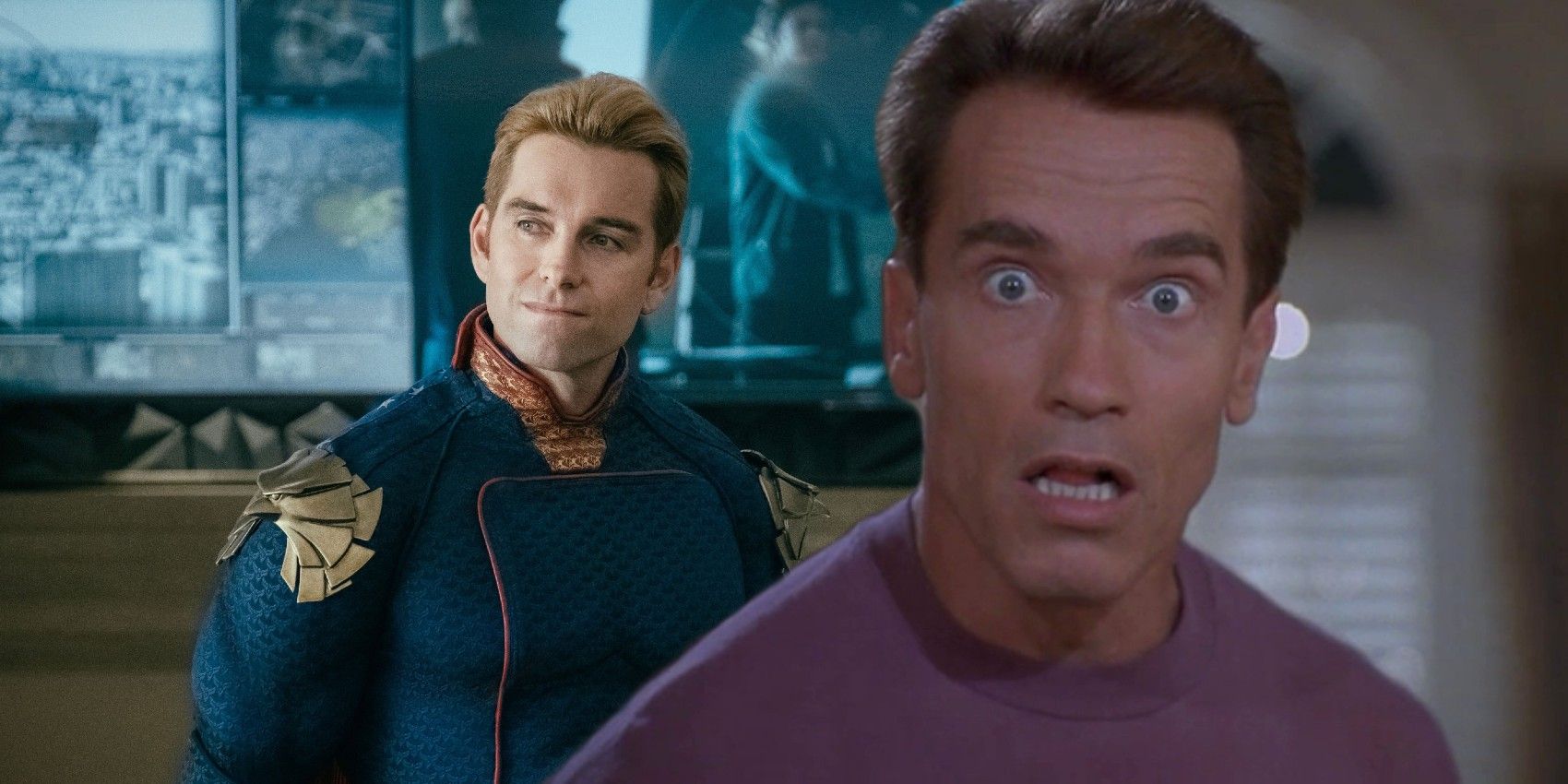 Arnold Schwarzenegger was baffled when his son, Patrick, showed him photos from the set of Amazon’s The Boys Presents: Varsity spinoff show.

Arnold Schwarzenegger was baffled when his son, Patrick, showed him photos from the set of The Boys Presents: Varsity spinoff show. Based on the comics written by Garth Ennis and illustrated by Darick Robertson, The Boys has gone on to become one of the most popular superhero shows on television in recent years. The series follows Billy Butcher and Hughie Campbell, who are part of the titular vigilante team that attempts to combat superpowered individuals who abuse their abilities, especially those within Vought’s superteam, The Seven.

During an interview with Variety for his new show The Staircase, Patrick Schwarzenegger also discusses his work on The Boys Presents: Varsity. Though he couldn’t confirm reports that he’s playing a character named Golden Boy, Schwarzenegger admits that he has shown his father photos from the set and even shares Arnold’s baffled reaction to the show. Read what he says below:

He looked at me and he was like, “What the f*ck are you filming?” I was like, “It’s this show called The Boys. You have to watch an episode to understand it, or else I can’t articulate what happens in it.”

Schwarzenegger made his acting debut in The Benchwarmers at the age of 10 and is now receiving rave reviews for performance in the HBO Max series The Staircase as Todd, son of the novelist and convicted murderer Michael Peterson (Colin Firth). It can sometimes be difficult for a son or daughter of a famous actor to follow in the footsteps of their parent, especially a larger-than-life persona like Arnold Schwarzenegger, though Patrick appears to be slowly garnering respect by putting care into his roles.

Considering The Boys’ reputation for containing copious amounts of sex and violence, it’s not difficult to imagine why Arnold might be a bit befuddled by the photos if he’s never heard of the show. It’s also easy to imagine The Boys Presents: Varsity spinoff show raising the stakes in this regard, as the series will focus on a group of young adults at Vought’s superhero college as their physical, sexual, and moral boundaries are put to the test. If Arnold Schwarzenegger reacted the way he did, it will be interesting to see how audiences react to The Boys spinoff show when it premieres next year.

Next: How The Boys Season 3 Sets Up The Comics’ X-Men Parody