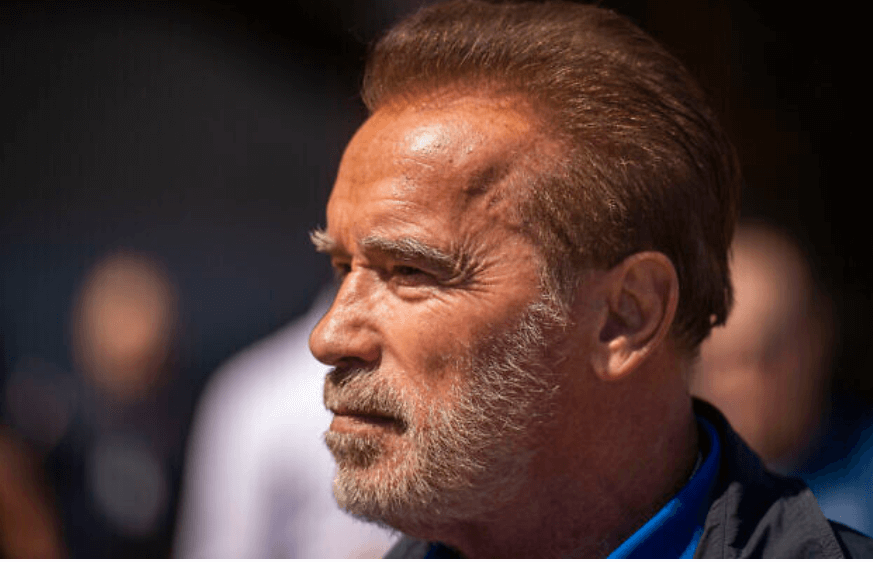 Hollywood star Arnold Schwarzenegger traveled to Auschwitz on Wednesday, meeting with a Holocaust survivor and the son of survivors.

The former California governor arrived for his first visit to the Nazi camp to deliver a message against prejudice and hatred.

He saw the remains of the gas chambers that bear witness to the extermination of Jews by the Germans during World War II.

Schwarzenegger also met a woman who, at the age of three, was subjected to experiments by Nazi doctor Josef Mengele.

“It’s a story that needs to be kept alive, a story that we need to tell again and again,” he said after his visit to the death camp site, speaking in a former synagogue that now houses the Auschwitz Jewish Center Foundation.

He stood alongside Simon Bergson, who was born after the war to Auschwitz survivors, and spoke about his own family history.

“I was the son of a man who fought in the Nazi war and had enlisted in the German army,” said 75-year-old Schwarzenegger.

“Let’s fight prejudice together and put an end to it once and for all,” Schwarzenegger said.

Visiting the site in southern Poland, which was under German occupation during World War II, was part of his work with the Auschwitz Jewish Center Foundation, whose mission is to fight hate through education.

In June, he received the foundation’s “Fighting Hatred” award for his stance against hate on social media.

After his visit to Auschwitz, he vowed to return.

Schwarzenegger, who is originally from Austria, has spoken openly in the past about his father, Gustav, who was a Nazi soldier during the war.

In a video posted on social media in March, he told Russians they were being lied to about the war in Ukraine and accused President Vladimir Putin of sacrificing Russian soldiers to his own ambitions.

In this video, he reminisced about painful memories, such as how his own father had been lied to while he was fighting, and how he had returned to Austria broken, physically and emotionally, after being injured in Leningrad.

Historians estimate that around 1.1 million people were killed at Auschwitz during the war. About 1 million of them were Jewish. Some 75,000 Poles were killed there, along with Roma, Russian prisoners of war and others.