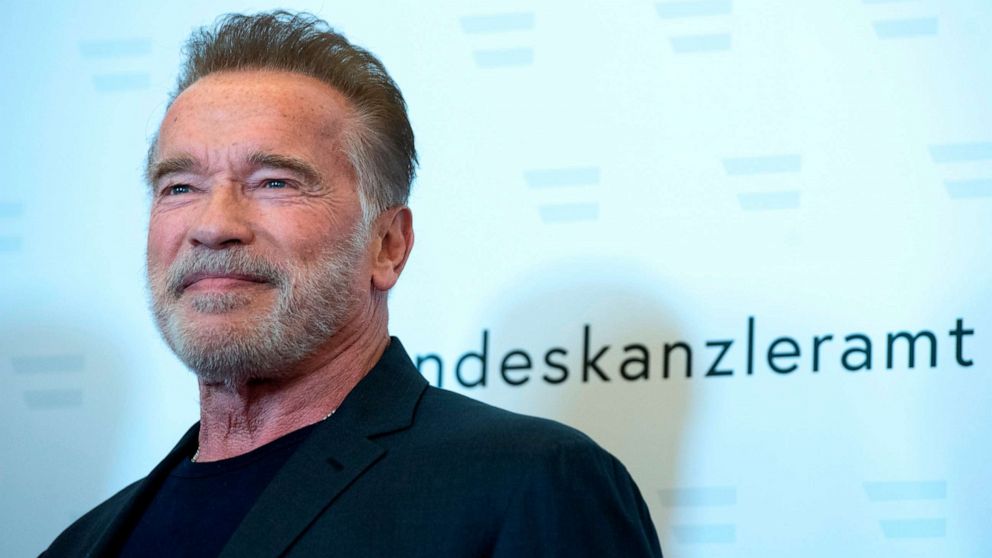 Arnold Schwarzenegger has vowed to visit the Auschwitz concentration camp in September with the Auschwitz Jewish Center Foundation to see firsthand what life was like in the camp.

The AJCF will award the former California governor and actor the inaugural Award for Fighting Hatred on Thursday at the Intrepid Sea, Air & Space Museum in New York City. He will receive the award from Simon Bergson, son of Holocaust survivors and AJCF’s chairman.

“I am witness to the ruins of a country broken by the Nazis,” Schwarzenegger said in a statement on the honor. He plans on joining in the organization’s effort to “terminate hate.”

“I saw firsthand how this hatred spun out of control and I share these painful memories with the world in the hopes of preventing future tragedies and educating soldiers about personal responsibility. I stand with the Auschwitz Jewish Center Foundation and their mission of education to ensure NEVER AGAIN.”

Schwarzenegger has been a major donor to anti-hate organizations and has been an outspoken advocate against anti-Semitism and hate. He was born in Austria just two years after the end of World War II and the demise of the Nazi regime.

He has spoken openly about the long-lasting damage that bigotry caused to those who were complicit in anti-Semitism and Nazism.

“Growing up, I was surrounded by broken men drinking away their guilt with their participation in the most evil regime in history,” he said. “Not all of them were rabid anti-Semites or Nazis. Many just went along step by step down the road. They were the people next door.”

Bergson told ABC News that he’s in awe of how, within one generation, those in close proximity to the Nazi party and the Holocaust are banding together against hatred. Both Bergson and Schwarzenegger were born in the late 1940s in Austria after the war.

He said that learning about and addressing war crimes and hate is important considering the Russian invasion of Ukraine, as well as violence in the U.S.

“Hate is something that we try to educate young people on because we’re not born with hate,” Bergson told ABC News. “We learn about hate and we adapt hate based upon our environment. And the key is to get to schools early and educate people today that hatred is not necessary. Hatred is not part of what our life should be all about.”

At the event, military cadets and midshipmen from U.S. Army, Naval, Coast Guard, Air Force, and the Space Force Academies will be saluted as they embark on a journey to Auschwitz and Birkenau concentration camps, as well as the ghettos of Krakow and Warsaw.

“The cadets are taken to Auschwitz where they learn about the atrocities, they learn about how to deal with ethical behavior while they’re in the military,” Bergson said. “These are future leaders of the United States military.”

“The platform has to solve not just the problem of jobs, but also improve quality of life”, Hospitality News, ET HospitalityWorld

Best movies playing Florida theaters near me and streaming this week

Seo In Guk and Oh Yeon Seo CONFIRMED to star in...