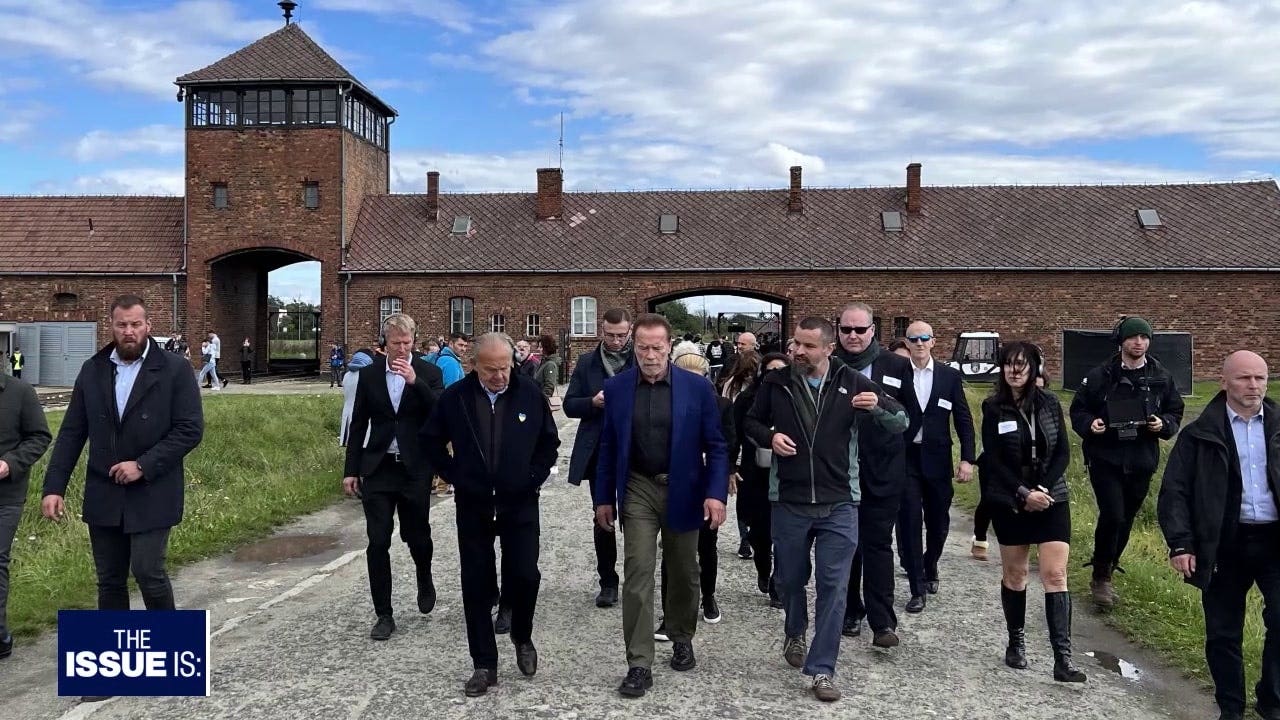 “It was horrific,” Schwarzenegger said during an appearance on “The Issue Is” with FOX 11’s Elex Michaelson.

Schwarzenegger, who has spoken openly about his father serving as Nazi officer, visited the site of the Nazi death camp in September.

There, he met with Simon Bergson, the son of a Holocaust survivor who now chairs the Auschwitz Jewish Center Foundation.

“This guy is a Jew. I am the son of a Nazi officer… we come from different backgrounds, but one generation has molded us together and we’ve become friends,” Schwarzenegger recounted.

He said their relationship is a reminder for people to “always remember what happened and never forget.”

“This is what we want to teach our young generations about tolerance, about inclusion, about fighting hatred, and all of the things that are really destroying our country and destroying the world. We have to come together.”

Schwarzenegger’s Auschwitz visit comes at a time of rising antisemitism in America.

In Southern California, the regional director of the Anti-Defamation League says that, while 2022 data won’t be released until the spring, he has not seen as many reports of antisemitic incidents in years.

This, after antisemitic incidents jumped 29% in Los Angeles in 2021. Statewide, the increase was 28%.

When asked why he thinks antisemitism is on the rise, Schwarzenegger said he just didn’t know, but that the “most important thing is to fight against it.”

“It’s about education,” the former Governor said, pointing to efforts by the likes of The Simon Wiesenthal Center and The Auschwitz Jewish Center Foundation, “it’s about educating people – this is what happened and here’s how we can avoid that in the future.”

The Issue Is: Arnold Schwarzenegger