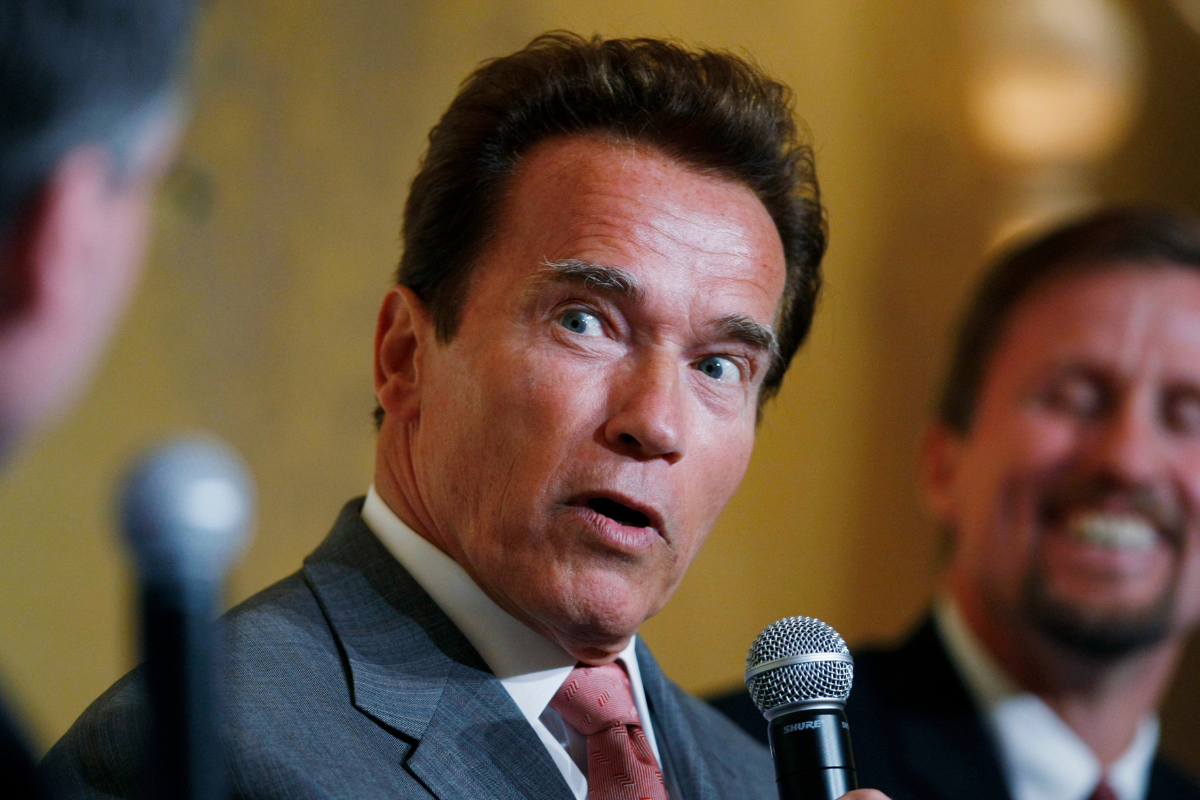 Arnold Schwarzenegger is one of the biggest celebrities on the planet, having morphed his career as a professional bodybuilder into becoming the Governor of California as well as a Hollywood actor.

For all the positive things the Austrian has achieved, his life is not without controversy, especially with his love and family life.

Arnold Schwarzenegger’s legacy in bodybuilding can’t be understated, and since his retirement he’s been honored with the Arnold Classic, an annual bodybuilding competition.

Schwarzenegger began bodybuilding from a young age and was just 19 when he won his first competition, Mr. Europe in 1965. Despite starting his career in Europe, Schwarzenegger moved to the United States in 1996.

Throughout his career, Arnold earned five Mr. Universe victories, as well as four NABBA wins, and then-world record seven Mr. Olympia awards, signifying his status as the greatest bodybuilder in the world.

In addition to his work in bodybuilding, Schwarzenegger was also an Olympic weightlifter powerlifter.

Arnold Schwarzenegger met his ex-wife Maria Shriver, who was an NBC news correspondent and the niece to John F. Kennedy, while at a tennis tournament in 1977. The two married in 1986, but were divorced 25 years later. Arnold and Maria have four children together; Katherine Schwarzenegger (who is married to famous actor Chris Pratt), Patrick Schwarzenegger and Christopher Schwarzenegger, and Christina Schwarzenegger, who were all born in Los Angeles.

Christina, along with her mother, helped produce the Netflix documentary, Take Your Pills.

RELATED: Dan Marino Had A Secret Love Child Nobody Knew About

During his marriage to Shriver, it was revealed that Schwarzenegger had an affair with the family housekeeper, Mildred Baena, with whom he’d had a secret love child.

The housekeeper claimed her ex-husband was the father of the child, so the identity of Arnold Schwarzenegger’s son Joseph Baena was hidden from the public for many years. That is until Maria raised a question during a therapy session.

The Los Angeles Times broke the story of Schwarzenegger’s secret child, and Shriver filed for divorce in 2011.

Arnold and his son have now begun to connect and build a relationship. The 22-year-old son of Arnold, Baena recently graduated from Pepperdine University, at a ceremony which his father was in attendance for.

Schwarzenegger occasionally posts shirtless pics of the father-son duo on social media, working out at the gym as training partners.

Much like his father, Joseph is an aspiring bodybuilder, and frequents the same gym his father brought to prominence during his prime, Gold’s Gym.

While Arnold Schwarzenegger was influential in both bodybuilding and politics, the former Governor of California also has quite the acting credits to his name. Schwarzenegger most notably starred in the film series The Terminator, Predator, and Kindergarten Cop.

Not everything has gone to plan in Schwarzenegger’s life, but now retired from most of his various ventures, the 73-year-old is trying to make up for lost time with his son.

Perhaps the two will get a workout in at Arnold’s home gym during the COVID-19 outbreak and coronavirus pandemic.

Rudy Giuliani, Like His Buddy Trump, Is Now Under Criminal Investigation...

Ruben Randall - August 16, 2022 0
Celebrity
When we last checked in with Rudy Giuliani, the former New York City mayor had just been sued by his third ex-wife, who...