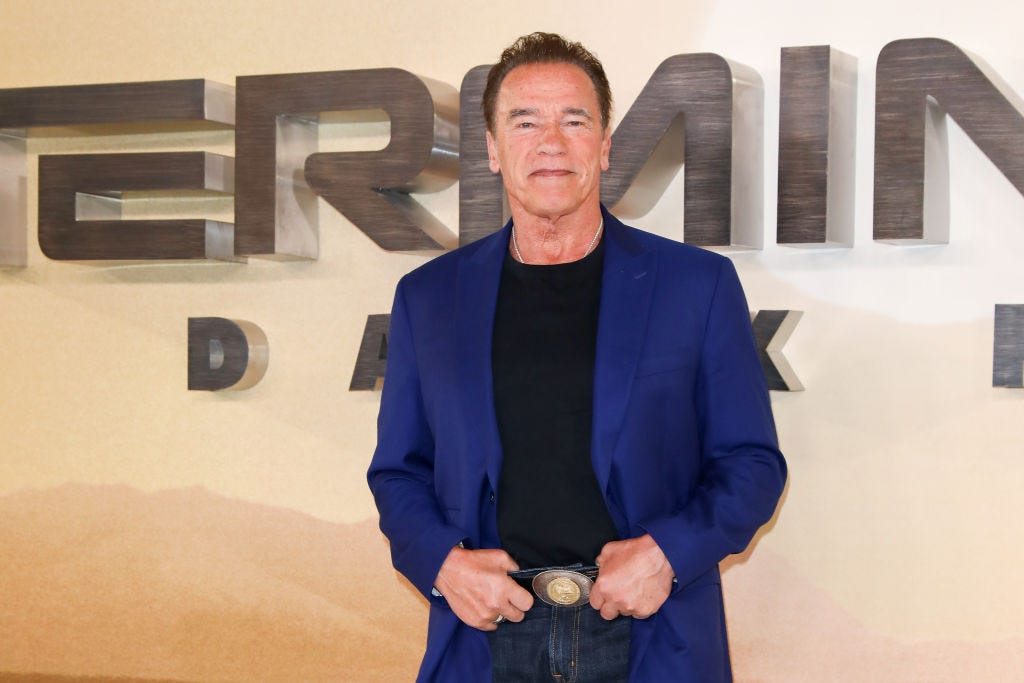 Arnold Schwarzenegger is a family man!

During an appearance on “Jimmy Kimmel Live,” the actor praised his daughter Katherine Schwarzenegger Pratt and her husband Chris Pratt.

The couple, who are parents to 1-year-old daughter Lyla, are expecting their second child together.

When Kimmel pressed to see if the star knew the baby’s gender, Schwarzenegger explained that he did not because he tends to “blow it a lot of times because I can’t shut my mouth.”

“It could easily be that they know. I don’t know. I don’t think so, because my wife never wanted to know. It was always a guessing kind of a game,” he said.

“I think because Katherine is a lot like Maria, she will probably go in the same direction and not want to know,” he mused.

“The Terminator” star revealed that “it’s the easiest thing to be a grandfather.”

Schwarzenegger gushed about his “wonderful” daughter, noting that he was so proud of her, but his praise even extended to Pratt.

The former California governor called the “Jurassic Park” actor a “fantastic guy” and “a great son-in-law.”

“When they come over the whole house lights up,” he added of the couple.

Schwarzenegger and Maria Shriver were married in 1986. In 2011, when Schwarzenegger revealed he had fathered a then 14-year-old son, Joseph Baena, with the family’s housekeeper, Shriver filed for divorce shortly after.

They finalized their divorce in December 2021.

In addition to Katherine, they have three adult children: Christina, Patrick, and Christopher Schwarzenegger.

Ruben Randall - December 17, 2021 0
Money
Fans think Wendy Moten was ‘robbed’ Fans of the 56-year-old singer took to social media to voice their frustrations over Wendy’s defeat, saying she was...

Seo In Guk To Return As A Singer For The First...