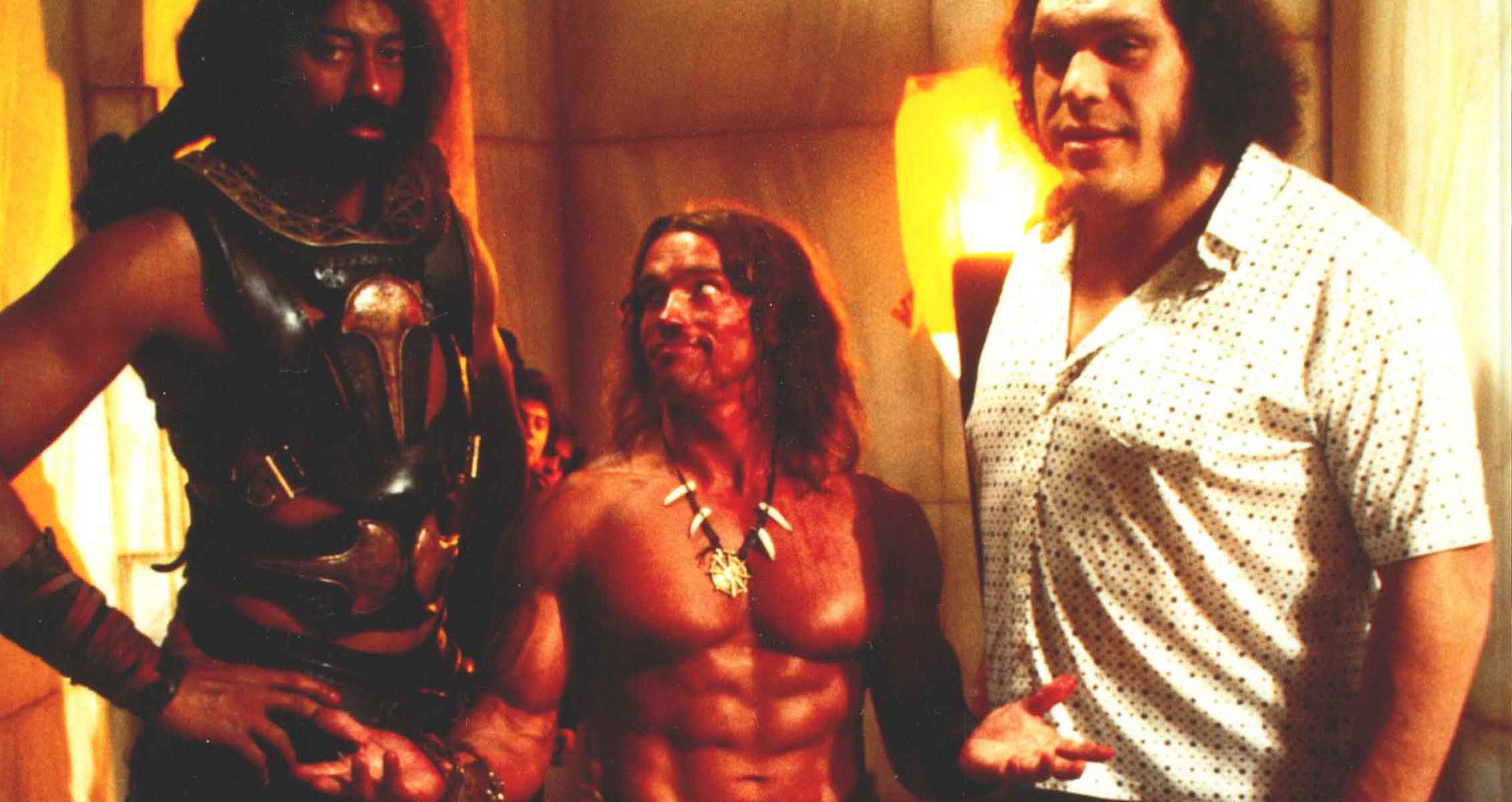 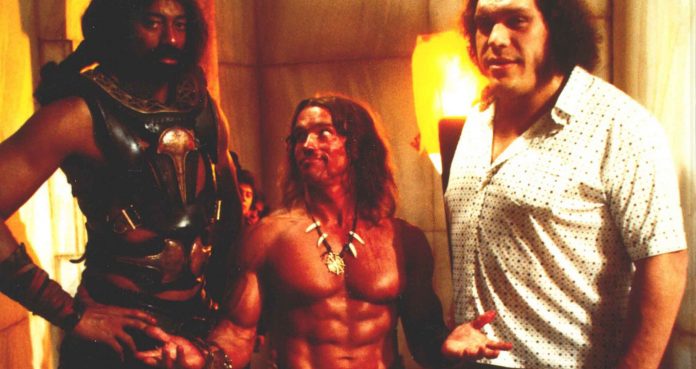 How do you make 7x Mr. Olympia Arnold Schwarzenegger look small? Put him next to Andre The Giant and Wilt Chamberlain.

A throwback photo of Arnold Schwarzenegger has gone viral due to the extreme height difference of Arnold compared to Andre The Giant and Wilt Chamberlain. The photo was taken on the set of Conan The Destroyer – but has been resurfaced online and spreading like wildfire on Twitter. At 6′ 2″ tall and over 200 pounds of muscle during his prime – it’s hard to make Arnold look small. Leave it to Andre and Wilt to bring in a true change of perspective.

During his prime, Arnold Schwarzenegger was one of the most accomplished bodybuilders in the sport. With seven Mr. Olympia titles under his belt – he became an instant legend. His physique set the standard for an entire generation of bodybuilders. To this day he is still considered one of the greatest bodybuilders of all time. This is a long way of saying that Arnold was a massive man that would dwarf nearly anyone he stood next to.

Unless, of course, he was standing next to Andre The Giant or Wilt Chamberlain. Both of these titans stood over seven feet tall. With Arnold Schwarzenegger at just over six feet – they both had a good foot over the bodybuilding legend. This becomes most clear in a behind the scenes photo from the set of Conan The Destroyer – where all three men stood together for a photo. You can check it out below:

At 6′ 2″, Arnold Schwarzenegger was tall for the sport. Most bodybuilders ran under six feet. So it becomes even more impressive just how tiny Arnold looks next to Andre and Wilt in this photo. Over the years, some have pointed out that by today’s standards, Arnold’s overall muscle mass and size might not stand up to today’s mass monsters. While true, there is no denying that compared to the average person, even today, Arnold in his prime was a massive force.

Andre The Giant was a professional wrestler in the WWE and known for his abnormally massive height at 7′ 4″ tall. He became a sensation and an icon for fans of wrestling and beyond. Wilt Chamberlain was a pro basketball player standing tall at 7″ 1′ tall. He is widely regarded as one of the best basketball players in the history of the sport.

Three legends from three different sports came together for the Conan The Destroyer film. To see these three athletes together at the time was truly exciting for fans of any three of the sports. Now with both Andre and Wilt both having passed away – this photo takes on an even more powerful nostalgic energy. Aided by the humorous effect of Arnold Schwarzenegger looking like a child in comparison.

There are very few people in this world who can make Arnold Schwarzenegger seem small. So it is a gift that this photo exists bringing together three legends. Maybe it’s about time to bring out Conan The Destroyer for another rewatch.

Stay tuned to the Generation Iron Fitness Network for more news on all things bodybuilding, fitness, and strength sports.