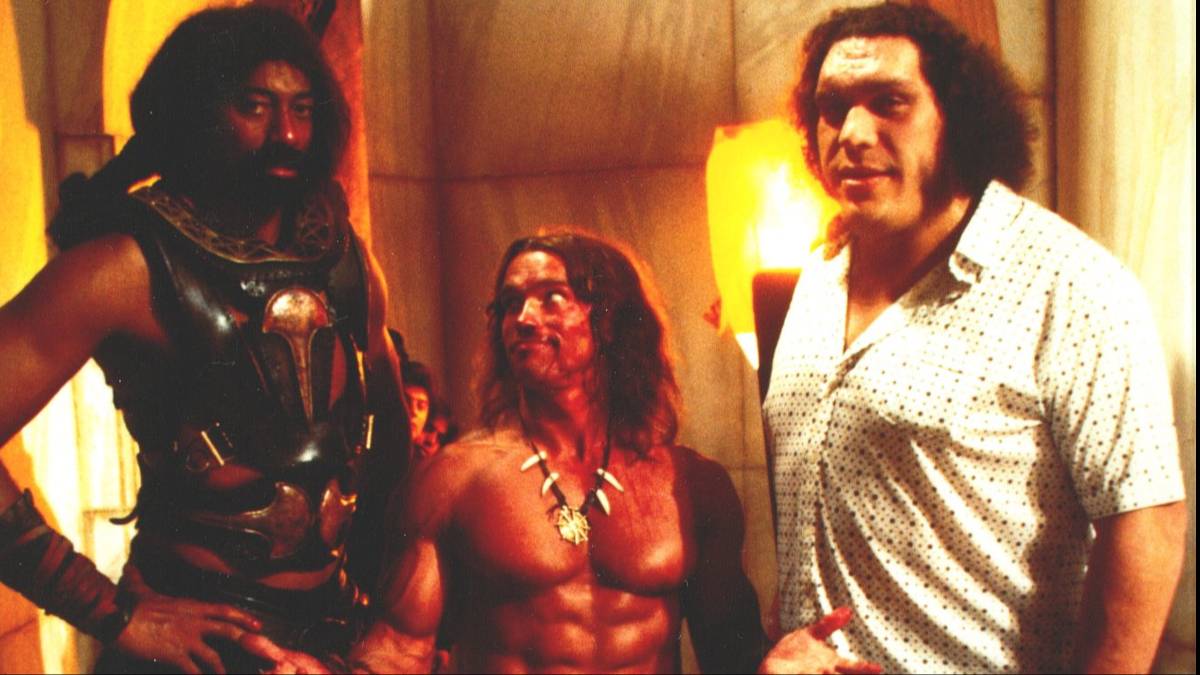 A photo of Arnold Schwarzenegger shows the strapping bodybuilder looking more like an ‘eight-year-old child’ as he poses next to Wilt Chamberlain and André the Giant.

Schwarzenegger starred alongside Chamberlain and André the Giant – whose real name is André René Roussimoff – in 1984 action-fantasy flick Conan the Destroyer, which saw Arnie reprise the titular role after starring in Conan the Barbarian two years previously.

Chamberlain, meanwhile, had his only film role as Bombaata, while Roussimoff had an uncredited part as the Dagoth monster.

At some point during filming, the trio took a moment to smile for a photo, with Schwarzenegger flanked on either side by his two gigantic friends.

While he’s normally the one to tower above everyone else with his muscular frame, in this image he is completely dwarfed by his co-stars – having to crane his neck to look up at Chamberlain on his right. 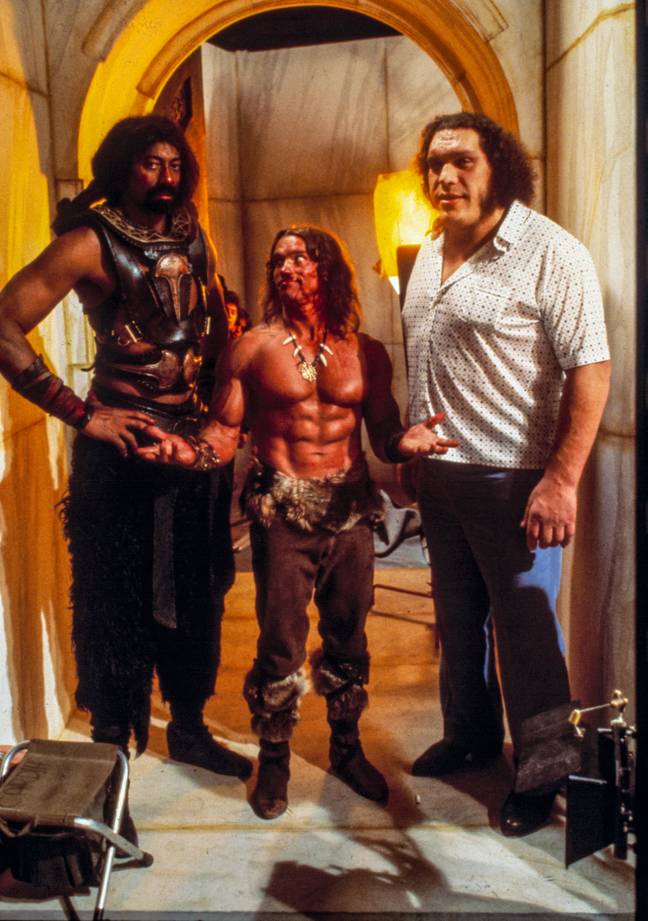 Sharing the mind-blowing picture on Twitter, one user wrote: “I always do a double take when I see photos of Arnold Schwarzenegger looking like an eight-year-old child when standing between Wilt Chamberlain and Andre the Giant on the Conan the Destroyer set.”

Others seemed equally baffled by the image, with someone else commenting: “Pictures like these really confuse the hell out of me. Like what would a normal height person look between all of them.”

Another wrote: “It’s the expression on his little face!”

One other suggested: “Need to throw an absolutely normal-sized dude in there for reference.”

I always do a doubletake when I see photos of Arnold Schwarzenegger looking like an 8-year-old child when standing between Wilt Chamberlain and Andre the Giant on the Conan the Destroyer set. pic.twitter.com/ZNH4D6z5iW

Well, for context, former basketball pro Chamberlain stands tall at 7ft 1, while Roussimoff was described as being 7ft 4 throughout his wrestling career – although this is believed to have been exaggerated for entertainment purposes, with his French passport listing him as 7ft 2.

Similarly, Schwarzenegger’s ‘official’ height differs from what’s thought to be his true height.

As Mel Magazine reports: “There are so many Arnold Schwarzenegger height truthers loose in the world who insist that Arnold is far shorter than the six-foot-one-and-a-half inches that was claimed on his behalf during his bodybuilding heyday and beyond. (It was also frequently — and understandably — rounded up to 6-foot-2.)

“The 6-foot-2 figure seems to have been generally accepted as being at least close to factually correct until September 2003, when Michael Miner published a piece in the Chicago Reader alleging that Schwarzenegger may actually have been as short as 5-foot-6, but with most people quoted guessing he was around 5-foot-10.

“It’s remained the subject of considerable debate ever since. To wit: A subsequent October 21, 2003 report from The Sacramento Bee cited several sources offering estimates of Schwarzenegger’s height ranging anywhere from 5-foot-8 to 6-foot-2, but with most of those guesses landing short of the 6-foot mark.”

Seo In Guk And Oh Yeon Seo Share Glimpse Of Their...