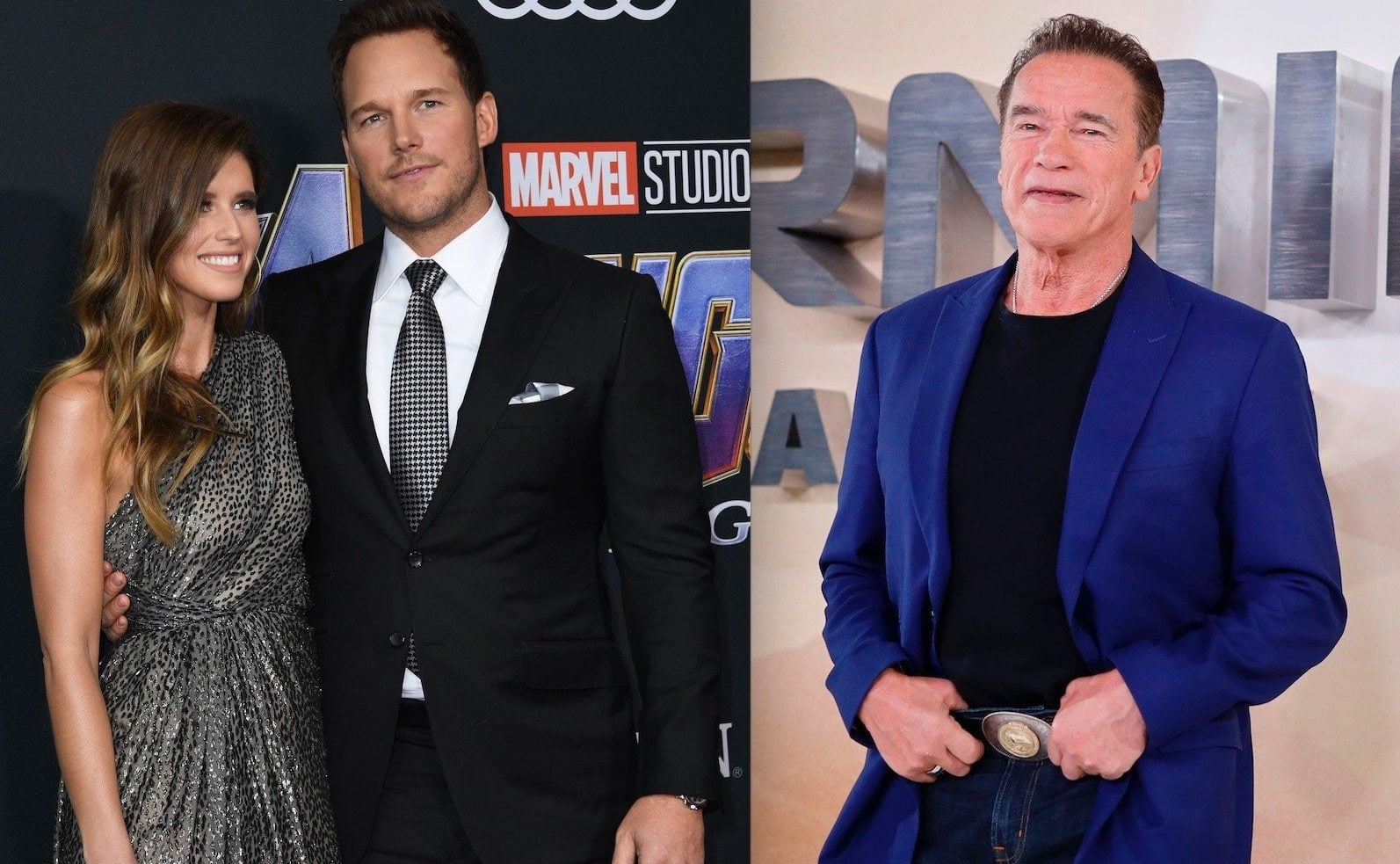 Chris Pratt known for his role in NBC’s Parks got married to the author Katherine Schwarzenegger. The author is the daughter of the famous Arnold Schwarzenegger who by the way is frequently known as the terminator. He even was the Governor of California and served as the 38th governor from 2003 to 2011. The couple has also been blessed with a child last summer. But does Katherine’s father Arnold hate Chris Pratt? Does he not like him? Well to get into the truth of these questions, you need to read further.

Before jumping onto the theories or any speculation, let’s first get acquainted with the couple and how their relationship has built over the years. Chris Pratt who was initially married to Anna Faris and has a son named Jack announced their separation in 2017 after being together for 8 long years. A year after the separation,  Chris began dating Katherine, and months after the dating confirmation, the take me a home actor in January 2019 made the major revelation of the two being engaged. In August 2019 Chris in an interview with entertainment, tonight said that he finds himself lucky to find a lifelong partner in Katherine. The two got married in Montecito in California six months after the engagement announcement. A year after the interview, the couple welcomed a baby girl who was named Lyla Maria Schwarzenegger Pratt. Katherine in an interview last year even mentioned that she was a big communicator and this was the key to their strong bond and a healthy relationship. However, an incident took place on New Year which led to the emerging rumor of Arnold, Chris’s father in law not liking him. To reveal the truth behind the rumor, let’s find out more about the incident.

The terminator star on New Year this year joined Chris Pratt for the life on the occasion of virtual charity telethon. Chris was seen welcoming the 73-year-old actor with a little speech or introduction saying that the next person joining the life is quite important. He is the terminator, Mr. Universe, my father-in-law, the former governor of California, and the grandfather of my daughter. Adding to this he said that in a word, he must not screw this up or he might get terminated.

Right after the terminator star made his entry he pretty much screwed up the name of his son in law where he called him Chris Evans instead of Chris Pratt. Thereafter he apologized and was seen teasing the guardians of galaxy star by saying that the mistake was because he didn’t look upon his cue cards. But he should know his name after all he is his favorite son-in-law. Chris however replied back by saying that I am your only son-in-law and thus I should better be your favorite. The name confusion was, however, not made for the first time by any actor considering the fact that the industry is filled with stars starting by the name Chris be it Chris Evans, Chris Hemsworth, Chris Rock, Chris Pratt, and the list goes on. Earlier there even was an article published where the rumor that Arnold didn’t want any actor bigger than him in his life. But the rumor was soon warded off by the actor saying that it meant an actor who is taller or makes bigger movies than him and as just a form of teasing to her daughter. He is happy with the two being together and living happily.

As amusing as the rumor sounds, it definitely does not hold any firm ground as Arnold even came up for his son-in-law when the list for who is the better Chris came out and he was spotted the last in the list. Clearly, the terminator star did like approve of him at the beginning itself when the actor proposed to her daughter, and the duo is also spotted going on double data together.

Ruben Randall - July 13, 2022 0
Money
Kim Kardashian is one of the most famous reality TV stars today, thanks to their popular reality TV show, Keeping Up with the Kardashians....

Alison Brie Reveals What The Key To Her & Husband Dave...