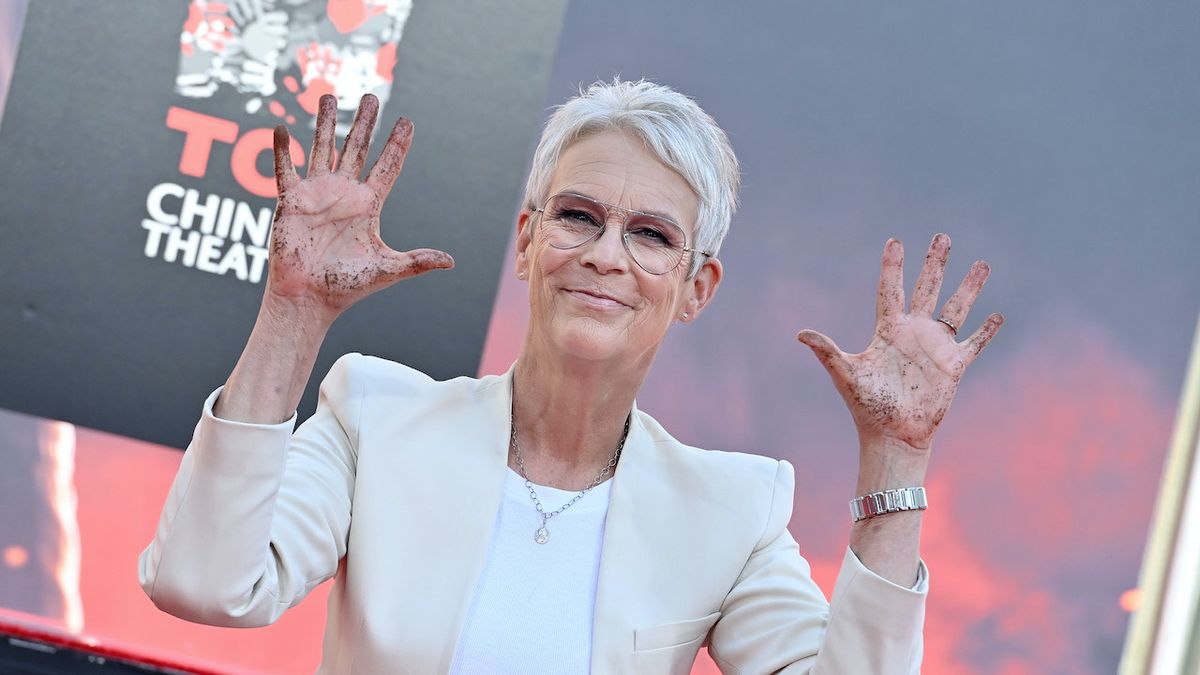 This weekend will see Jamie Lee Curtis return to the Halloween franchise for the end of an epic trilogy of films. What the future holds for her, with Halloween or elsewhere we don’t know entirely, but it’s impossible to argue that she hasn’t had an incredible career so far. And on Wednesday that career was honored when Curtis added her hand and footprints at the famous TLC Chinese Theater, with both friend Melanie Griffith and her True Lies co-star Arnold Schwarzenegger in attendance.

Arnold got to work with Jamie Lee Curtis in one of her most action-heavy performances, where Curtis played the wife of Schwarzenegger, who was secretly a spy. Jamie Lee Curtis’ character eventually gets in on the action, quite literally, and in his speech (via Fox News) Arnold called her “serious player that can kick some serious ass.” He also commended her ability to remain a huge star for as long as she has, saying….

James Cameron has made some of the biggest blockbuster movies of all-time, from Terminator to Titanic to Avatar and so a much smaller scale movie like True Lies can be easily overlooked, though there was talk of a True Lies sequel years ago. But Arnold and Jamie Lee Curtis are excellent together. While Curtis has said before that Arnold didn’t want her in True Lies, it’s a great thing for movie fans that he did not get what he wanted.

Arnold wasn’t the only celebrity friend of Jamie Lee Curtis to speak at the ceremony, another child of Hollywood royalty, Melanie Griffith, was on hand, and she commended Curtis not only for the decades of success she has had in the movies, but the wide variety of roles she been able to play in that time. Griffith said…

Those curious about Jamie Lee Curtis’ hand and footprint can see an image of the honor below,

While Jamie Lee Curtis has done it all, she will certainly be Laurie Strode first and foremost for many fans. Those fans have to be excited to see what happens in what may truly be the final battle for Laurie and Michael Myers when Halloween Ends arrives in theaters and on Peacock this weekend.

Bald and Bankrupt Net Worth – is he Really Broke?

Ruben Randall - January 9, 2022 0
Money
If you’re gonna be a travel icon these days, you gotta have a great gimmick. And if you’re gonna have a gimmick that’s a...

Married for 25 Years, Arnold Schwarzenegger Once Disclosed the Apology Phrase...