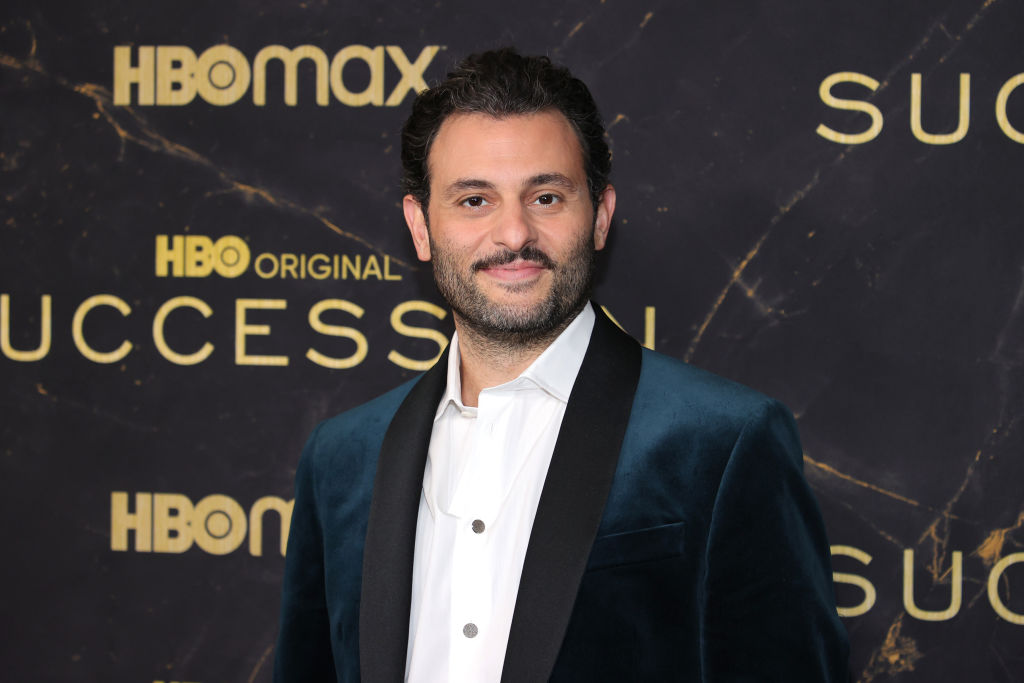 What Is Arian Moayed’s Net Worth and Salary?

Arian Moayed is an Iranian-born American actor, director, producer, and writer who has a net worth of $4 million. Moayed is best known for playing Stewy Hosseini on the HBO series “Succession” (2018–present) and Todd Spodek in the Netflix miniseries “Inventing Anna” (2022).

Arian has more than 30 acting credits to his name, including the films “Arranged” (2007), “Rock the Kasbah” (2015), and “Spider-Man: No Way Home” (2021) and the television series “Believe” (2014), “Madam Secretary” (2017–2019), and “Love Life” (2021). Moayed co-founded Waterwell, a “group of artists, educators and producers dedicated to telling engrossing stories in unexpected ways that deliberately wrestle with complex civic questions.” Through Waterwell, he created the short form series “The Accidental Wolf,” which he has written, directed, and produced since 2018. Arian also wrote and directed the shorts “Overdue” (2012) and “Day Ten” (2014). He has performed on Broadway in Rajiv Joseph’s “Bengal Tiger at the Baghdad Zoo” (2011) and Stephen Karam’s “The Humans” (2016). Moayed co-starred with Robin Williams in “Bengal Tiger at the Baghdad Zoo” and earned a Tony nomination for Best Featured Actor in a Play for his performance.

Arian Moayed was born on April 15, 1980, in Iran. Moayed’s parents immigrated from Iran in the mid-1980s, and his father was a banker. Arian is fluent in both Farsi and English, and when he was 5 years old, the family moved to the Chicago suburb of Glenview, Illinois. He attended Glenbrook South High School, and after graduating in 1998, he enrolled at Indiana University, earning a bachelor’s degree in 2002. As a college student, Moayed performed in plays by William Shakespeare, Samuel Beckett, and Carlo Goldoni. In a 2021 interview with the “New York Post,” Arian stated, “My family escaped war and a comfortable middle-class life to come to this country to give me an opportunity to do things. I’ve made it my duty to change the myths and all the bulls–t that is out there about our people.”

After college, Arian moved to Manhattan, and in 2002, he co-founded Waterwell with his former Indiana University roommate Tom Ridgely. Waterwell’s first production was “Lost in Yemen, or The Bizarre Bazaar,” and the company has gone on to produce many more, such as “The Persians: a comedy about war with five songs” and “The Wizard of Wall Street.” In 2018, Moayed stepped down from his leadership role at Waterwell and became the company’s Board Chair. With Waterwell, Arian produced and played the title role in a dual-language version of “Hamlet,” and he produced the World War II musical “Blueprint Specials” on the hangar deck of the Intrepid Sea, Air & Space Museum with a cast of military veterans. Moayed made his film debut in 2003’s “Phileine Says Sorry,” then he appeared in three episodes of “Late Night with Conan O’Brien” from 2003 to 2004. He guest-starred on “Law & Order: Criminal Intent” (2004), “Law & Order” (2005), “Six Degrees” (2006), “Law & Order: Special Victims Unit” (2007), and “White Collar” (2009), and he appeared in the 2007 independent film “Arranged” and the 2008 religious epic “The Christians.”

In 2011, Arian appeared in the comedy “Roadie,” which was named Best Feature at the Stony Brook Film Festival, then he guest-starred in two episodes of “The Following” in 2013. In 2014, he had a recurring role as Corey, a technology specialist, on the NBC fantasy series “Believe,” guest-starred on “Black Box,” and appeared in the films “Appropriate Behavior,” “Rosewater,” and “Saint Janet.” In 2015, Moayed co-starred with Bill Murray, Kate Hudson, Zooey Deschanel, Danny McBride, and Bruce Willis in the Barry Levinson comedy “Rock the Kasbah,” appeared in the musical comedy “The Rumperbutts,” and guest-starred on “The Blacklist” and “Elementary.” In 2017, he appeared in the pilot for the Stephen King crime drama “Mr. Mercedes” and began an 11-episode stint as Mohammed “Mo” Alwash on the CBS political drama “Madam Secretary.”

In 2018, Arian was cast as Stewy Hosseini on the critically-acclaimed HBO series “Succession,” which has won more than 70 awards, including a Primetime Emmy for Outstanding Drama Series, a BAFTA Award for Best International Series, and two Golden Globes for Best Television Series – Drama. “The Guardian” ranked “Succession” #5 on its list of “The 50 best TV shows of 2018.” In 2019, Moayed appeared in the film “Abe,” and in 2021, he played Agent Cleary in the year’s highest-grossing movie, “Spider-Man: No Way Home,” which brought in $1.891 billion at the box office. That year he also had a recurring role as Kian Parsa on HBO Max’s “Love Life.” In 2022, he portrayed real-life lawyer Todd Spodek on Netflix’s “Inventing Anna,” which is based on the life of fake heiress Anna Sorokin and Jessica Pressler’s “New York” magazine article “How Anna Delvey Tricked New York’s Party People.” In June 2021, it was announced that Arian had been cast in the thriller “Retribution” alongside Liam Neeson, Matthew Modine, and Embeth Davidtz.

In 2014, “Day Ten” was nominated for a Jury Award for Best Narrative Short at the Tribeca Film Festival. For his stage work, Arian earned a Theatre World Award and Drama League Award nomination for “Bengal Tiger at the Baghdad Zoo,” and “The Humans” won a Drama Desk Award for Outstanding Ensemble Performance.

See also  What is Khloe Kardashian's net worth?

Daniel Dae Kim Sets Streaming Of ‘Belly Of The Beast’ Ahead Of Election –...

Ruben Randall - April 27, 2022 0
Actress
One of the most wonderful aspects of being a content creator is the ability to interact with others through art. However, sometimes it can...