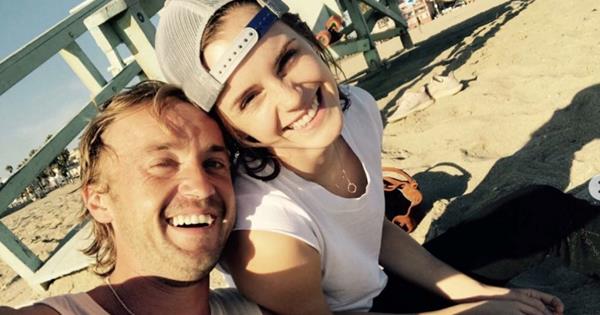 A Sytherin and a Gryffindor walk into the Three Broomsticks…

Rumours have always bubbled away, but it wasn’t until die hard Harry Potter fans indulged in HBO’s Return To Hogwarts reunion special in 2022 that the world really started to unpack the star-crossed love story of Tom Felton and Emma Watson.

Yes, it’s a love story—the actors who played Draco Malfoy and Hermione Granger in the eight-part blockbuster movie series have admitted the feat loud and clear.

So did they actually get together? And more importantly, are they dating right now?

Here, we unpack everything we know about Tom Felton and Emma Watson’s relationship—right down to that “L” bomb. 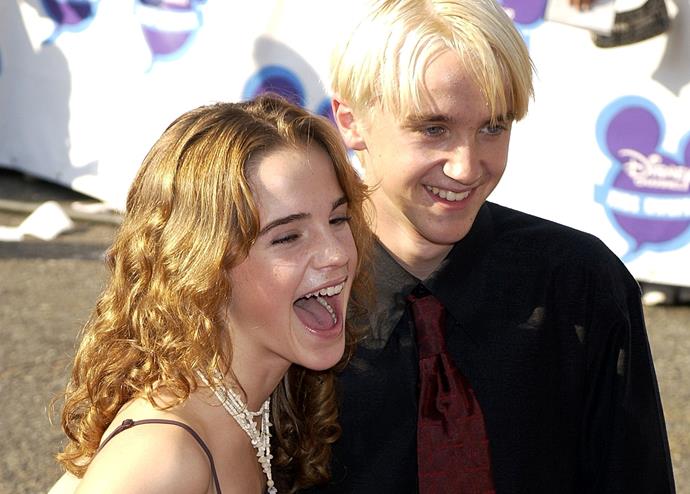 Did Tom Felton and Emma Watson ever date?

Not officially—both Felton and Watson have confirmed they never dated while they filmed the Harry Potter films.

In the HBO reunion special, both actors elaborated on their relationship, with Watson explaining that while she had a crush on Felton when they filmed the first two films, she insisted that “nothing ever, ever, ever happened romantically between us”.

Felton also described Watson as “like a little sister” at the time of filming.

Watson also elaborated on how her crush on Tom developed: “I walked into the room where we were having tutoring. The assignment that had been given was to draw what you thought God looked like, and Tom had drawn a girl with a backward cap on a skateboard. And I just don’t how to say it—I just fell in love with him.”

What is Tom Felton and Emma Watson’s relationship now?

While they never got together romantically while filming, the pair remain close friends and even admit to having a soft spot for each other to this day.

In the reunion documentary, Felton explained: “I think I was in the hair and make-up chair, and someone said something along the lines of, ‘Yeah, [Emma] had a crush on you.’

“I became very protective over her. Yeah, I’ve always had a soft spot for her and that continues to this day.”

“There’s always been something that’s like, I don’t know, a kinship,” he explained.

Emma added, “We just love each other… that’s all I can say about that.”

Shortly after the reunion aired, Emma responded to the overwhelming fan reaction to their sweet admissions during the reunion. She told British Vogue that she continues to speak “most weeks,” with Tom, and that they both agree that the support for them is “sweet”.

In 2021, Felton also told Entertainment Tonight that he “adores” Emma.

“We are something, if that makes any sense. We’ve been very close for a long time. I adore her. I think she’s fantastic. Hopefully she returns the compliment.”

In the past, the actors have made no secret of their friendship, with Watson sharing a sweet snapshot of the pair skateboarding together down a sunny boardwalk in 2018. The moment was likely a throwback to around the time they filmed the Harry Potter movies. Emma comically hash tagged the post, “Tolerating my sub-par skating skills since 1999”.

What has the ‘Harry Potter’ cast said about Emma Watson and Tom Felton’s relationship?

While both actors insist their relationship was platonic, their co-stars have discussed the obvious connection they had.

See also  What to know about Ohio primary – News-Herald

Rupert Grint, who played Emma’s love interest Ron Weasley in the films, told Entertainment Tonight in 2019: “There was always something. There was a little bit of a spark. But we were kids. It was like any kind of playground romance. I didn’t have any sparks. I was spark-free.”

Evannah Lynch, who played Luna Lovegood, also added that while she wasn’t present for the earlier films (she joined the cast in Order Of The Phoenix), she heard “stories” about the hormone-fuelled activity between the young actors.

“There was this sense that exciting things had happened in the last movie, and I just missed it. [I joined when] everyone had kind of grown out of their crushes and they were moving on to, like, people in the outside world. And I felt that like, damn, I missed all the drama! It was so fun the last film, according to some stories. But no, by the time I got there, they were all mature and those hormones were calming down,” she told US Weekly in 2021. 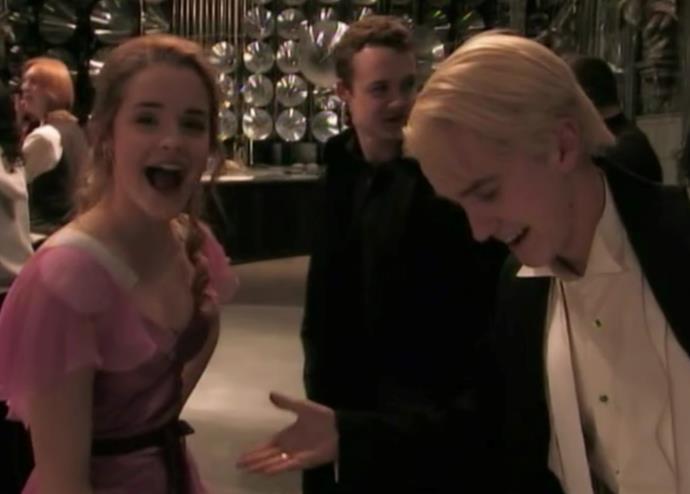 Does Tom Felton have a girlfriend now?

Tom Felton has not confirmed if he is in a relationship. His last publicly known relationship was with Jade Olivia, whom he dated for eight years.

The pair split in 2016, and Felton has kept his love life private since.

Does Emma Watson have a boyfriend now?

Yes, at the time of writing, Emma Watson is in a relationship with Leo Robinton.

The couple first went public in 2019 when they were snapped kissing in London (peep the snaps via Daily Mail here). Per The Sun, Leo is a 31-year-old businessman from LA. The publication claimed he formerly worked for a company that specialised in legal cannabis, however after he began dating Emma, he left his job.

Little more is known about the pair’s relationship, which is totally justified given Watson is keen to keep her private life out of the public eye.

Instead, she filled her social media pages and uses her voice to draw awareness to social issues including gender equality and climate change. Frankly, we couldn’t love her more for it.

And with that in mind, we’re content with the fact that she clearly has a super sweet connection with Tom Felton, but that’s only a small snippet of her vibrant life. We wish the best for them both!

You can watch the 20th anniversary special Harry Potter: Return To Hogwarts on BINGE by logging in or signing up here.

Ruben Randall - June 4, 2022 0
Actor
Ross Geller has routinely ranked as the least liked character on Friends. Fans point out that...

Melinda French Gates Will No Longer Donate Bulk Of Her Wealth...