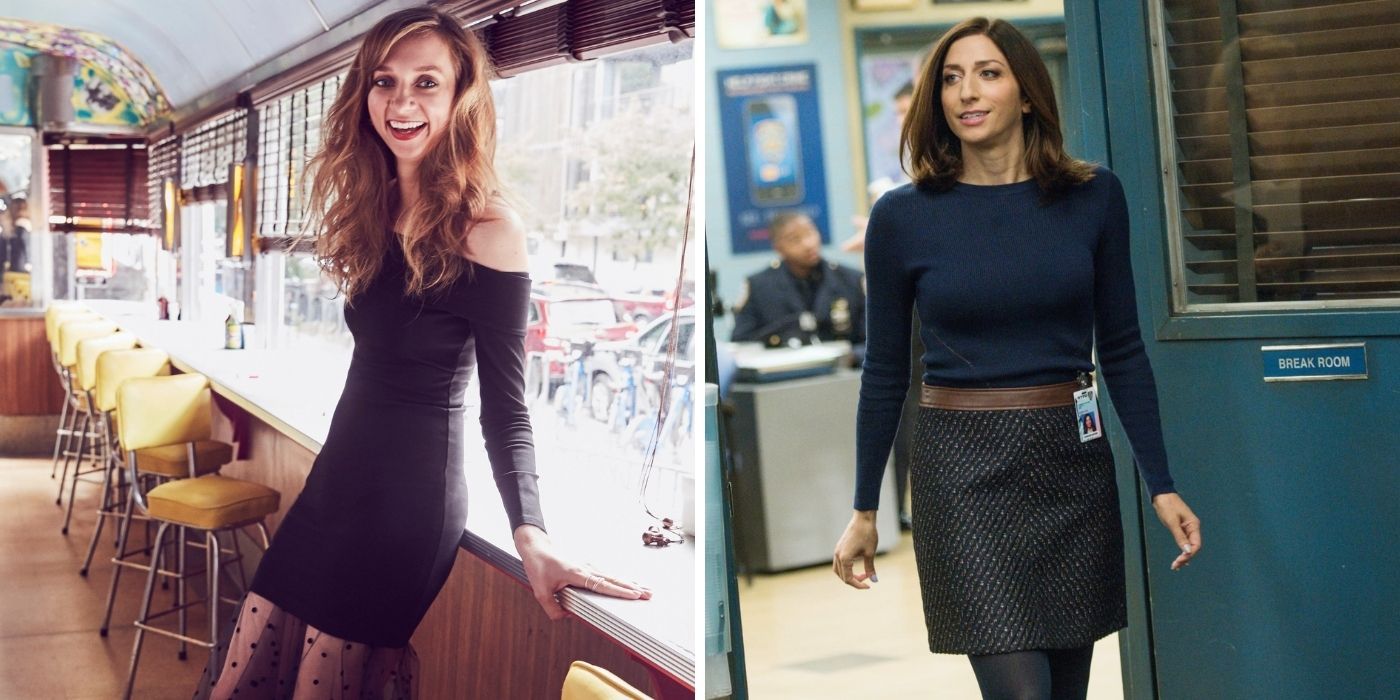 Hollywood is full of folks who look alike, and in some cases, they’re even family. There are long lists of talented celebrity siblings, mother-daughter duos, and father-son standouts. Some blended families even feature a whole lotta talent!

So it’s understandable for fans to take a second look at some celebrities who happen to look alike. Might they be related? Are their hidden family ties somewhere? Tons of celebrities also change their names for Hollywood, so that’s another hurdle fans have to cross to really determine who’s who.

And the main question fans have after comparing photos of Chelsea Peretti and Lauren Lapkus is whether they might be related. Though their looks suggest they could be sisters, fans wouldn’t be shocked if the pair were cousins, either.

Does Lauren Lapkus Come From A Famous Family?

Lauren Lapkus, who’s had some high-profile roles in shows like ‘Orange is the New Black’ plus projects she’s written herself, doesn’t really come from a famous family. At least, no one knows if she does; even her Wikipedia page is sparse on the details of her childhood.

RELATED: Here’s What Lauren Lapkus From ‘Orange Is The New Black’ Is Doing Now

Other than highlighting that she’s of half Lithuanian and half Greek/Serbian descent, the online repository only discusses Lauren’s rise in film and TV. And the truth is that she set her career off on Twitter, no family history in Hollywood needed.

But Lauren does have an older brother, though he’s not publicized much.

Chelsea Peretti has had a similar trajectory to fame as Lauren Lapkus, though she did jump into the spotlight a year earlier. Both ladies are hilarious, both started out as comedians, and they’ve both worked in movies and TV.

See also  Arnold Schwarzenegger's Debut Films Rights Were Sold on eBay for a Starting Price of $550,000- Here’s Everything You Need to Know

But Peretti has a widely publicized background. She’s of Italian and English descent, and she’s Jewish, and she has two brothers and a sister. The whole family is well-documented online, as is Peretti’s connection to (and friendship with) Andy Samberg.

So, it seems clear by now that Chelsea and Lauren are not related, right? Their similar appearances have to be attributed to coincidence alone, or, possibly, the confirmed existence of doppelgangers.

They’re not the only Hollywood pair to be mistaken for one another, though. Fans have often confused countless sets of celebrities, whether duos of male or female stars, and noticed similarities in totally unrelated stars of all genres. Daniel Radcliffe and Elijah Wood often encounter fans who can’t tell the two apart.

But there are also plenty of everyday people who happen to look like celebrities. If only that could be us!

NEXT: Here’s Why Jennifer Lopez’s Doppelganger Has Everybody Confused And It’s Unbelievable


Lane is a writer who loves entertainment and media and watches as many movies as she reads books. She loves a good story, even if she has to write it herself.

“First day of shooting, Tom, what did we do? We jumped...