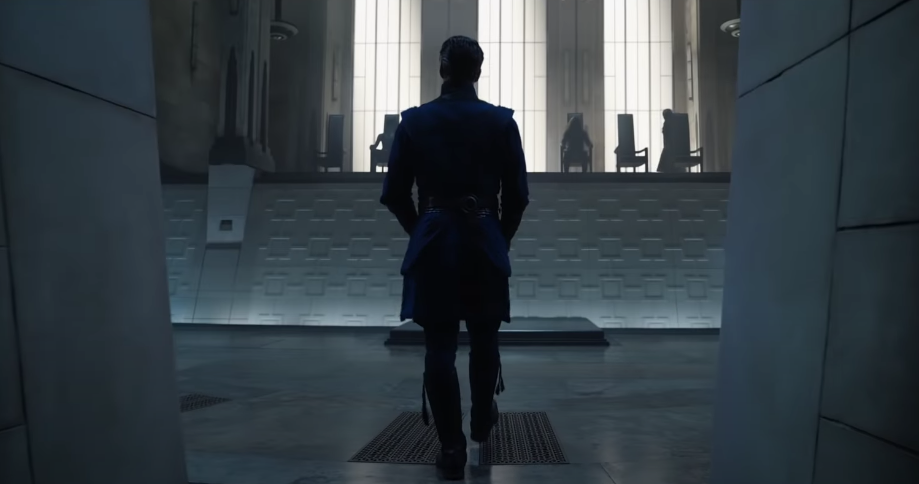 Following the string of casting rumours for Doctor Strange in the Multiverse of Madness has actually been something of an experience in itself.

With the Multiverse opening up the potential for familiar faces to reprise iconic roles from other Marvel movies – even outside of the MCU – it was inevitable that some wild ideas would be spitballed around online.

Fortunately, the latest Phase Four instalment has landed and the answers we seek have arrived along with it.

Directed by Sam Raimi, the trailers have teased some thrilling cameos, but audiences have been somewhat fixated on rumours of a certain Harry Potter star playing Wolverine. So, is Daniel Radcliffe in Doctor Strange in the Multiverse of Madness?

Is Daniel Radcliffe in Doctor Strange in the Multiverse of Madness?

No, Daniel Radcliffe doesn’t star in Doctor Strange in the Multiverse of Madness.

So, if you’re heading out to the theater in hopes of witnessing the Harry Potter star’s induction into the MCU, it would be wise to reevaluate your expectations.

While there have been rumours of him potentially portraying Wolverine in the movie, that’s all they are. Rumours.

On the other hand, audiences can rest assured that Doctor Strange’s adventures in the Multiverse usher in some exciting new additions to the MCU. But don’t worry, we won’t spoil them here.

The likes of Andrew Garfield denied their involvement in Spider-Man: No Way Home before its release, so many were sceptical when Daniel Radcliffe weighed in on the casting rumours.

While appearing on Good Morning Britain, the actor explained:

“That’s a very flattering mockup someone’s done. I keep getting asked about it and I always try to say, ‘No, it’s not happening. It’s just a Twitter rumour.’ But everyone just keeps taking that as confirmation. It’s just fan theory at the moment. I welcome the comparison. Who wouldn’t like to be compared to Hugh Jackman.”

However, he did add that he would “never say never… But then it always sounds like I’m inviting it. I’m sure Marvel is watching it like, ‘We’re not thinking about you dude. Don’t ask us.’”

10 actors who could play Wolverine

The rumour of him taking on the role was divisive, so we thought we’d cite 10 actors who would arguably do a solid job too:

Doctor Strange in the Multiverse of Madness is in US theaters from Friday, May 6th 2022.

In other news, Height comparison between Weird Al and Daniel Radcliffe explored

Chappelle Made an Unapologetically Direct Statement About ‘the Closer’ Controversy in His First Public...

Gervonta Davis: “I Like Canelo As A fighter, Pound For Pound,...

Ruben Randall - March 14, 2022 0
Celebrity
Posted on 03/14/2022By: Hans Themistode Count Gervonta Davis amongst a large list of supporters standing solidly on the side of Canelo Alvarez. Throughout the...