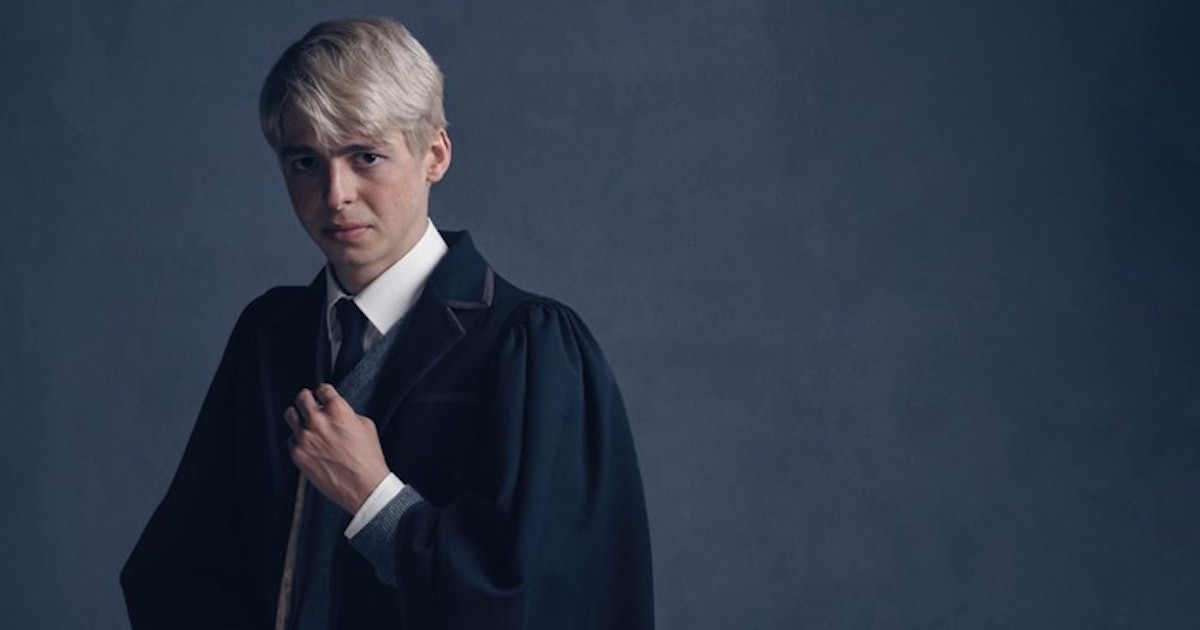 Harry Potter and Draco Malfoy were never destined to become friends. It all started on the Hogwarts Express when they were First Years. Even after Harry saved Draco from the fiery Room of Requirement in Harry Potter and The Deathly Hallows, it was clear 19 years later that the most the the two wizards could muster up for each other was tolerance. But is the same fate in the cards for their boys? Are Albus Severus Potter and Scorpius Hyperion Malfoy friends in Harry Potter and The Cursed Child?

(Warning: This post contains spoilers from Harry Potter and The Cursed Child.)

You may have to sit down for this news: Albus Potter and Scorpius Malfoy are not only friends, they are best mates. Is this a sign that Albus is less like his dad than fans would expect? Or can it mean that Draco’s son is more like his mother than his Malfoy bloodline? (Draco married Astoria Greengrass, who, depsite being a pure-blood, has a more tolerant life view and refuses to raise Scorpius with the belief that Muggles are scum. Get it girl!)

Anthony Boyle who plays Scorpius in the stage production of Harry Potter and The Cursed Child said in a video interview on Pottermore about his character, “Scorpius at the beginning has grown up in isolation in the Malfoy Manor and hasn’t really spoken to anyone in his peer group. He’s just been alone with his books reading about Harry Potter and Albus and all of these different people.” When Albus comes into the Hogwarts Express carriage, Scorpius “has a bit of a panic and just wants to be his friend.”

Rose Granger-Weasley, Albus’ cousin, and the daughter of Ron and Hermione is also starting Hogwarts and doesn’t seem to take too kindly to Scorpius. “She thinks he’s a bit odd,” said Boyle “because he is.” This is likely due to his isolated upbringing, without siblings or friends his own age. But Albus does like Scorpius and this encounter marks the beginning of their friendship.

Now that both Albus and Scorpius are in Slytherin house, the house that the Sorting Hat proclaimed could help Harry on the way to greatness, and they have become friends, it is clear that there is greatness in store for the next generation of Potters and Malfoys.

What Parents Are Talking About — Delivered Straight To Your Inbox

Ruben Randall - September 12, 2022 0
TV/Movies
Since most people have busy lives, it's not surprising that the idle game genre only continues to grow with plenty of upcoming titles...