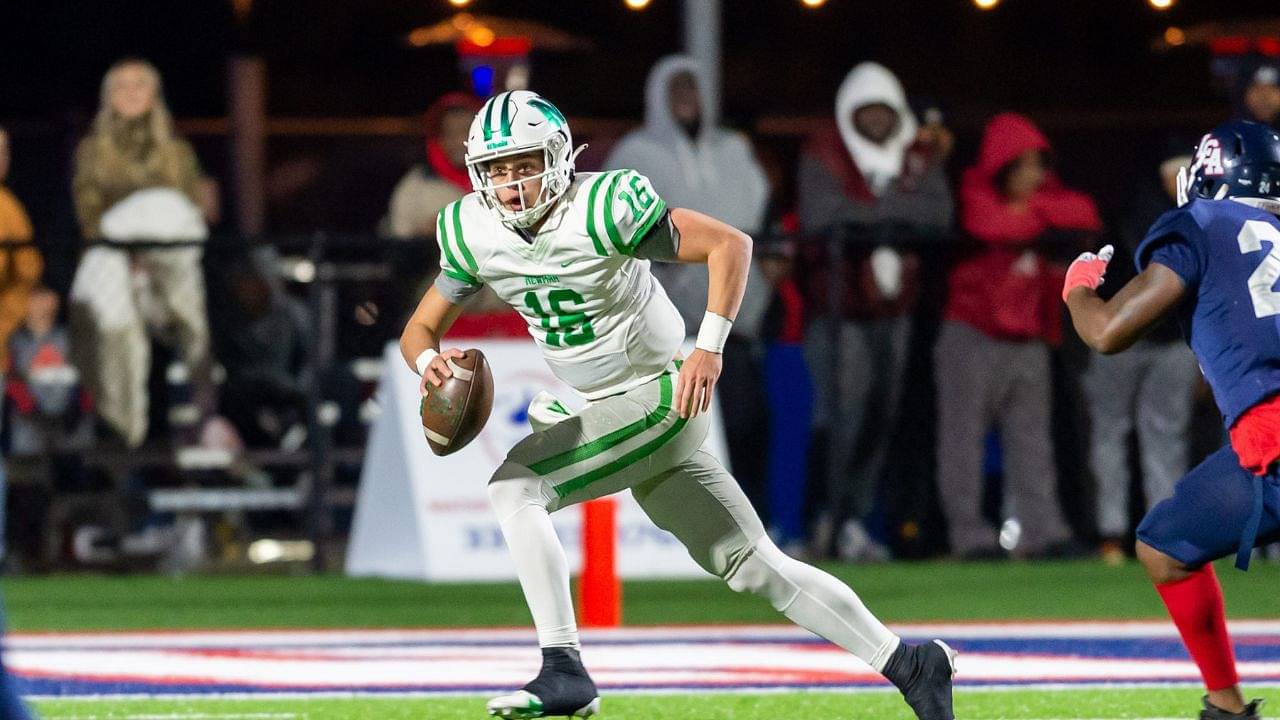 Arch Manning is the next big Manning to come out and play football, and the quarterback is already demanding steep prices for his appearances.

Arch Manning is born into a very successful football family. Starting from his grandfather, Archie Manning, who was a quarterback for the New Orleans Saints for 13 years.

His father Cooper Manning was on his way to having a great football career before injuries limited him. Then, of course, are his uncles, who have found the most success in the NFL.

Eli Manning is a two-time Super Bowl winner, and he’s the sole reason Brady isn’t at 9 Super Bowls right now, including pulling off one of the greatest upsets of all time.

The 2007 Patriots were undefeated, but it didn’t matter to Eli Manning and an opportunistic Giants defense who stunned Brady 17-14. Eli didn’t even let Brady get revenge as he beat him in 2011 once more in the big game.

Peyton Manning has also stymied plenty of Patriots teams. Manning is one of the greatest quarterbacks of all time, with two Super Bowls under his belt.

He holds the record for most passing yards, 5,477, and touchdowns, 55, in a season, records which came during his insane 2013 season, perhaps the greatest season by a quarterback ever.

Arch Manning has some big shoes to fill, and he’ll be doing it first in college. He committed to the Texas Longhorns earlier this year, and now, he’s ready to make a big impact.

Also Read: “Patrick Mahomes is the only one to have a shot at Tom Brady”: Shannon Sharpe reveals how $503 million Chiefs QB has the best odds to usurp the NFL GOAT

Arch Manning had a luxurious service catered to him

Arch Manning is already redefining standards in the Manning family. He’s a five-star recruit coming out of college, and Texas wanted to show that they’re willing to do whatever it takes for their star quarterback.

Arch Manning has a net worth of $2.1 million, determined by On3’s NIL Valuation. That number is massive for a college player, and Texas recognized how big of a player he is when the Isidore Newman quarterback came to visit.

They catered to him with a luxurious service that included a five-star hotel, custom cakes, top golf, an ice sculpture, and a lake cruise to show him how much they respected him.

In June, Arch Manning made an official visit to Texas, along with 9 others.

Also Read: “Guy like Justin Herbert comes around once in 15 years”: Shawn Merriman expects Herbert to replicate 2006-like Chargers season

One of the Wealthiest Musicians in the World

Ruben Randall - April 26, 2022 0
Money
Dolly Parton’s contributions to music are insurmountable, but her 50+ years of incredible country tunes are certainly not all she is known for. Between...