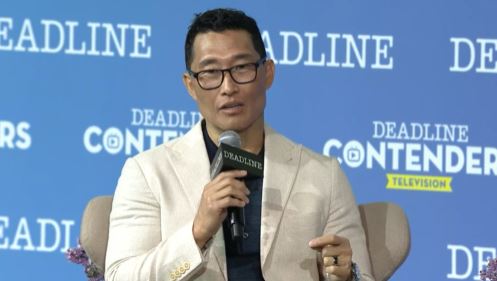 The Hot Zone: Anthrax star Daniel Dae Kim said that filming the National Geographic drama during the pandemic “was one of the hardest on-location experiences I’ve ever had in my career.” However, he said that quarantine and closed restaurants helped him and co-star Tony Goldwyn tap into the paranoia and caution of the post-9/11 anthrax attacks in 2001.

The Hot Zone: Anthrax takes place in 2001, just weeks after 9/11, when the United States was rocked by another deadly act of terrorism. Letters containing anthrax were sent to unsuspecting victims in Florida, Washington, D.C., and New York. The anonymous assault claimed five lives and caused panic throughout the U.S. Despite interagency turf wars and many false leads, an unlikely team of scientists, FBI agents and government departments slowly closed in on a shocking prime suspect.

During the panel, both Goldwyn and Kim shared their own personal experiences with the anthrax attack, including how they avoided opening their mail for at least a month.

Goldwyn stars as Bruce Ivins, who perpetrated the anthrax attacks. He said that he finds Bruce, who lives with a personality disorder, a “very tragic character but a fascinating one.”

“Bruce feels like a victim of an overbearing government…he had an image of himself as a true patriot…a soldier,” he said. “We all tend to bifurcate our lives…we all relate to it. Bruce is an extreme example of something that exists in all of us.”

Kim, who said that he had the opportunity to customize his fictional character, shared that The Hot Zone: Anthrax can serve as a reminder of the nation’s dark history, especially when the country continues to deal with the Covid-19 pandemic.

“If you watch this series you will see a lot of parallels of what’s going on today,” he said.  “It’s one of those lessons where if we forget our history, we’re [bound] to repeat it.”

Check out the panel video above.