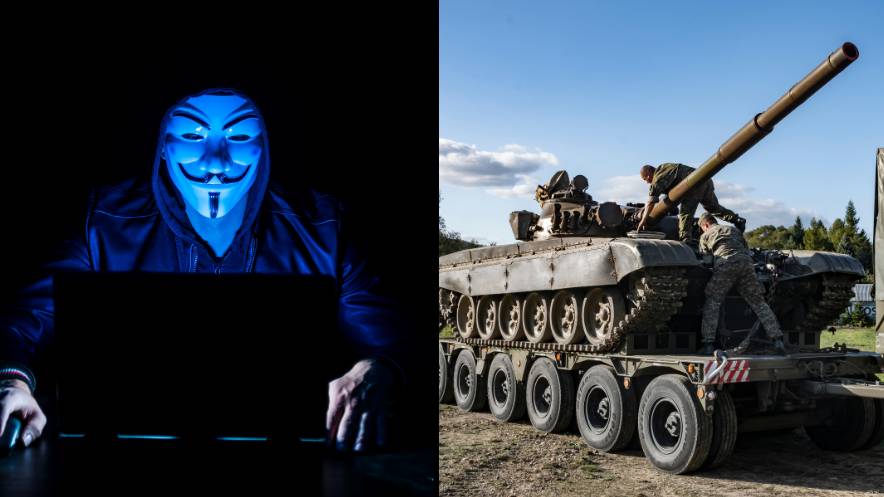 Anonymous has leaked the personal data of 120,000 Russian soldiers fighting in Ukraine.

Over the weekend, the hacktivist collective stated via Twitter: “All soldiers participating in the invasion of Ukraine should be subjected to a war crime tribunal.

“All soldiers participating in the invasion of Ukraine should be subjected to a war crime tribunal.”

Statement: Personal data of 120,000 Russian soldiers fighting in Ukraine was leaked –
https://ddosecrets[.]com/wiki/Russian_soldier_leak
All soldiers participating in the invasion of Ukraine should be subjected to a war crime tribunal.

Anonymous has carried out cyberattacks against Putin and the Kremlin since Russia invaded Ukraine back in February.

According to the Guardian, just days after Russian troops began targeting parts of Crimea, the group hacked into several Russian TV channels depicting the horrific attacks on Ukraine with soldiers talking about the conflict.

The video also began circulating on Twitter with the caption: “JUST IN: #Russian state TV channels have been hacked by #Anonymous to broadcast the truth about what happens in #Ukraine.”

The video has since amassed over 13 million views.

But with Anonymous being an informal collective, a consultant at US cybersecurity firm Mandiant Jamie Collie said it’s hard to confirm whether these cyber attacks are linked to the group.

“It can be difficult to directly tie this activity to Anonymous, as targeted entities will likely be reluctant to publish related technical data,” he said.

“However, the Anonymous collective has a track record of conducting this sort of activity and it is very much in line with their capabilities.”

They announced on Twitter last month: “We have been printing anti-propoganda [sic] and tor [browser] installation instructions to printers all over #Russia for 2 hours, and printed 100,000+ copies so far.

The hacktivist collective first emerged in 2003 through the website 4chan with the tagline ‘We are legion’, and the Guy Fawkes mask from V for Vendetta as their symbol.

The group reportedly has no leader and defines themselves as ‘working class people seeking a better future’ while targeting leaders and organisations misusing power.

The group has also initiated cyber attacks against the Syrian Defense Ministry by hacking into their website as well as breaking into 40 child pornography websites to publish more than 1,500 names of users on the sites.

Ruben Randall - October 27, 2022 0
Actress
*Warning: spoilers ahead for the House of the Dragon season one finale* Olivia Cooke appropriately celebrated the House of The Dragon finale with a bottle...