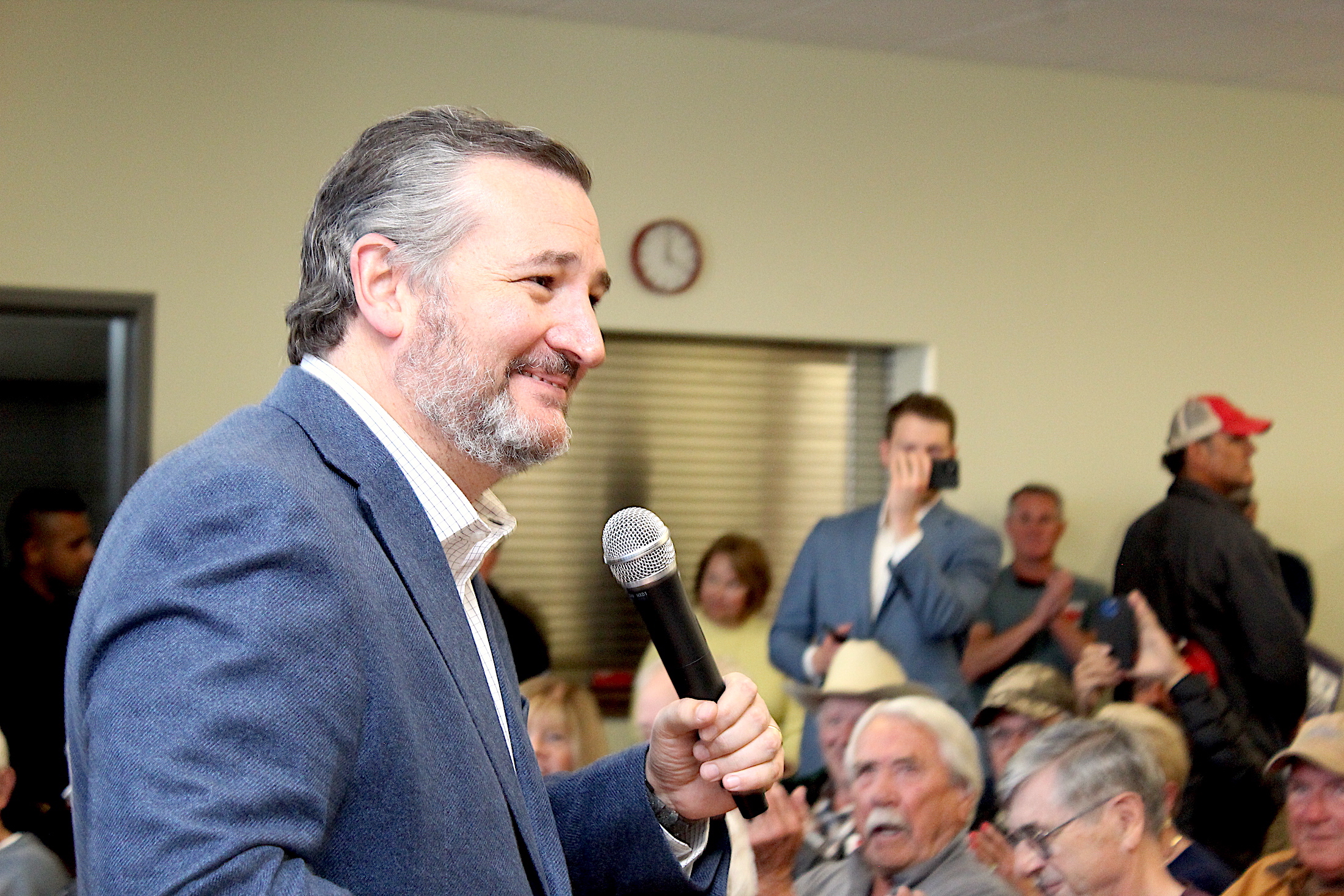 Sen. Ted Cruz addresses a crowd at the Douglas County Community & Senior Center on in April.
Photo by Kurt Hildebrand.

This year’s Basque Fry is featuring a number of prominent Republicans speakers on Saturday including South Dakota Gov. Kristi Noem and Texas U.S. Sen. Ted Cruz at the Corley Ranch south of Gardnerville.

The Morning in Nevada PAC announced the addition of Noem to the seventh annual Basque Fry last week. Hours for the Basque Fry are from 10 a.m. to 2 p.m.

“It is an absolute thrill to share the news that Gov. Kristi Noem is coming to this year’s Basque Fry,” said Robert Uithoven, chairman of Morning in Nevada PAC. “Governor Noem has been an exceptional leader and a tireless fighter for freedom and for conservative principles. As we continue to face relentless attacks on those principles from the radical left, the governor’s words of inspiration and insight will be a tremendous addition to this year’s event. We can’t wait to welcome her to Corley Ranch.”

Noem has been governor since 2018 after serving in both the U.S. House of Representatives and the South Dakota legislature.

During the coronavirus pandemic, Noem did not order closures or issue a statewide shelter-in-place order.

Noem is also a rancher, farmer, small business owner and author of “Not My First Rodeo: Lessons Learned From the Heartland.”

Cruz makes his second trip to Northern Nevada this year. He campaigned for Republican Senate candidate Adam Laxalt in Douglas County, Fallon and Sparks in April. Cruz, who has worked with Laxalt over the years, appeared at the first Basque Fry in 2015.

Laxalt began the annual Basque Fry in 2015 as a celebration of both conservative principles and the state’s rich Basque heritage. Since its inaugural event, the Basque Fry has become the single-largest annual political event in Nevada.

FreightWaves Classics/Pioneers: Women made their marks on aviation history (Part 5...