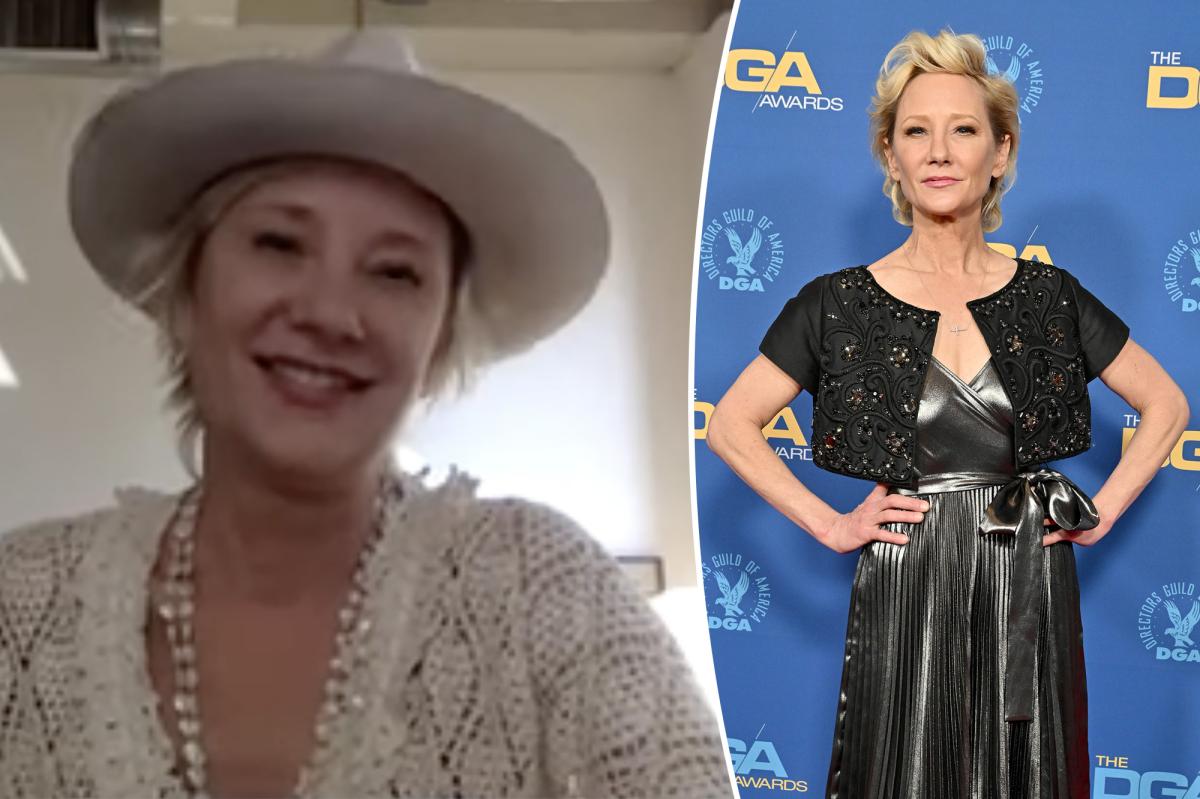 Seven months before her sudden death, Anne Heche spoke about which two celebrities she wanted to play a young version of her in a movie about her life.

“I’ve already thought about it. Miley Cyrus or Kristen Bell,” the late actress said in an episode of the “Behind the Velvet Rope with David Yontef” podcast, which was recorded in January and will be released on Tuesday.

In the episode, of which Page Six was given an exclusive sneak peek, Heche said she believed “those two girls” had the ability to “pull off the humor that I have” while also doing justice to “the journey that I’ve gone through.”

“The two of them share a personality ability to face the world the way that I would want, that I feel like I have and would want portrayed.”

Heche began her long acting career as a teenager on the soap opera, “Another World,” with the dual-role of twins Vicky Hudson and Marley Love. The portrayal earned her a Daytime Emmy Award for Outstanding Younger Actress in a Drama Series in 1991.

When asked what appealed to her about Cyrus, Heche pointed to the singer’s own child stardom with her dual-role in the Disney series, “Hannah Montana.”

She praised the 29-year-old “We Can’t Stop” singer for “the way she moves, the way she sings, her voice, her compassion, [the way] she f–king loves everyone, her ability to get out on stage and sing a cappella.”

“That would be the way that I would see a pure artist engaging with the world with the best time they could ever possibly have,” she added. “That’s why Miley. And I think she’s a f–king great actress.”

“Kristen Bell gave me my second Emmy nomination,” Heche told Yontef. “She and I played a mother and daughter in a Lifetime movie years ago.”

Heche gushed over the 42-year-old “Forgetting Sarah Marshall” star’s “ability to tell a story” and “do it through joy, do it with her personality, charm, gorgeous timing and humor.”

“I see myself a lot in her,” she went on. “I don’t think it was any mistake that I played her mom, and I want her to play me.”

Heche was declared brain dead on Aug. 12 at age 53 following an Aug. 5 car accident in which she drove into a Los Angeles home.

The Los Angeles Police Department reportedly determined that that she was under the influence of cocaine at the time of the crash, but the investigation has since been dismissed.

Heche’s rep told us she suffered a severe anoxic brain injury, a significant pulmonary injury that required mechanical ventilation and burns that required surgical intervention. The actress slipped into a coma and never regained consciousness.

On Sunday, she matched with an organ recipient and was taken off life support.

Ruben Randall - December 15, 2022 0
TV/Movies
Its been 20 years since Vivek Oberoi delivered a breakthrough performance as a gangster in Company and followed it up with the romantic Saathiya....