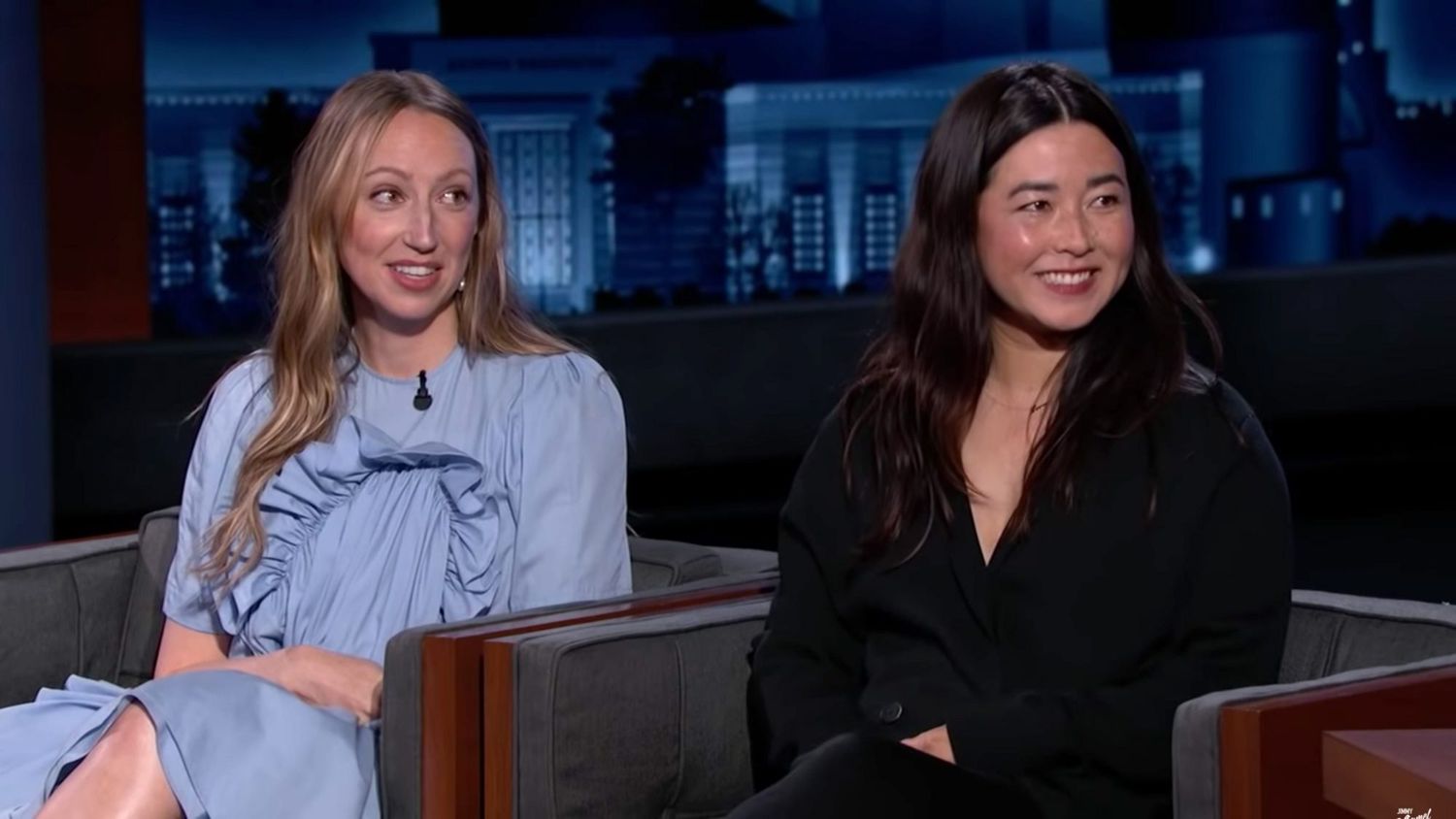 PEN15 costars and real-life BFFs Anna Konkle and Maya Erskine appeared on Tuesday’s episode of Jimmy Kimmel Live and discussed their recent overlapping pregnancies and the moment they introduced their babies to one another.

The actresses, both 34, revealed they welcomed their babies within two months of each other, which Konkle said was “surreal.”

Konkle shared that she and her fiancé Alex Anfanger welcomed daughter Essie Wunderle Anfanger earlier this year in a May interview with Vogue. In the profile, the outlet also reported that Erskine welcomed a baby boy named Leon Frederick with actor fiancé Michael Angarano not long after the interview.

“It actually is the best. To have a friend, a best friend, go through it at the same time,” Erskine told host Jimmy Kimmel of becoming a mom.

Konkle said that she and Erskine introduced their babies to one another “a few days ago for the first time” after both got vaccinated.

“It was really special,” Konkle said with a smile.

“It was a lot of inappropriate grabbing of face,” Konkle said, while Erskine added, “and licking.”

The stars went on to note that like their own relationship, they believe their kids will be lifelong friends.

In the May Vogue profile, Konkle shared the first photos of her daughter — who has matching strawberry blonde hair — and opened up about her pregnancy journey.

“Alex and I conceived in April and found out in May,” the Plus One star told the outlet. “I was in Lake Arrowhead for the week, concentrating on editing, and my partner was in Los Angeles. There was snow on the ground where I was, and an hour away he was in 90-degree heat.”

The new mom recalled, “I took the test on a whim, thinking I was paranoid. We celebrated through tears on FaceTime.”

Konkle surprised fans in January by revealing that she was nine months pregnant and due “any second now,” she wrote at the time alongside a gallery of snapshots showing off her baby bump.

On Erskine’s Instagram Story in January, she shared pics of her and Konkle’s baby bumps side by side, writing “two little potatoes” on one slide, and “BFFs making some future bffs” on another.