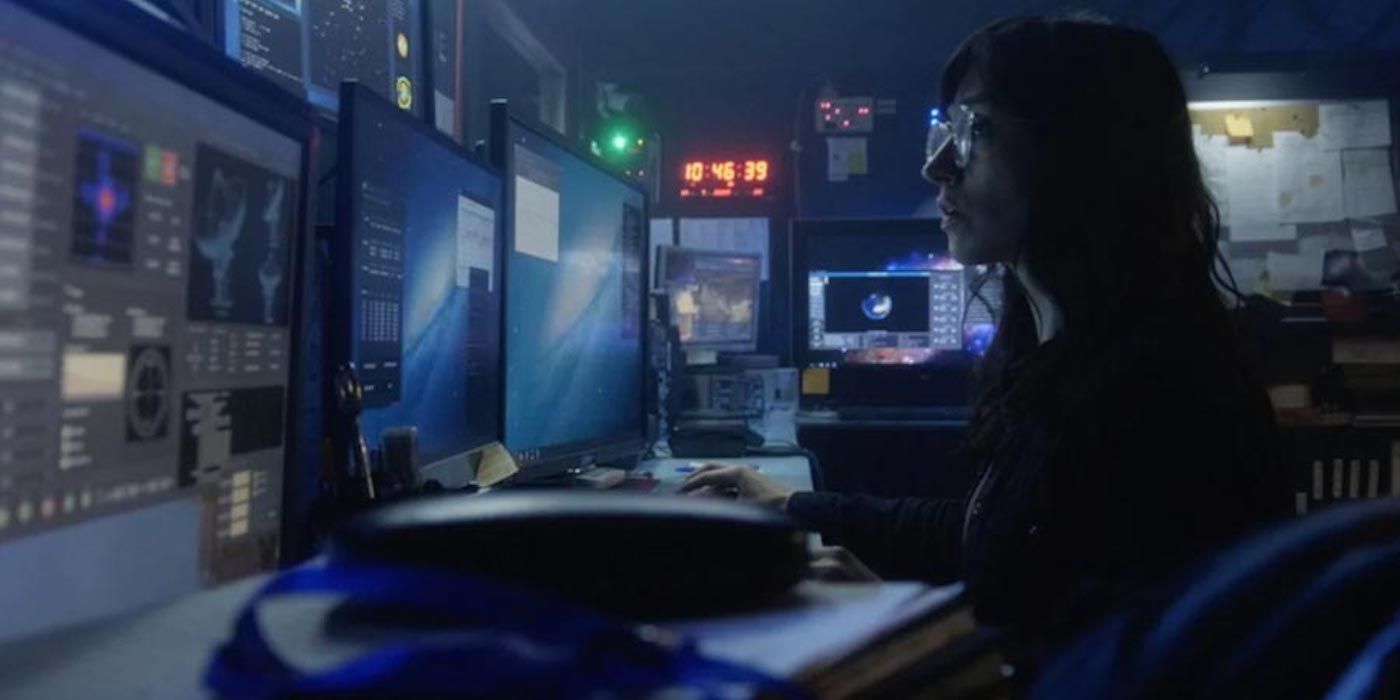 The Antares Paradox — the Spanish film (La Paradoja de Antares) written and directed by Luis Tinoco — searches for extraterrestrial life while examining how the possibilities of first contact measure up to the importance of being with loved ones. The film is less concerned with the aliens themselves so much as the potential discovery of them affects the protagonist, who has her heart set on learning of new life after searching for so long. The Antares Paradox, in its smooth 97-minute runtime, is intense, well-made, explores interesting themes, and is bolstered by a fabulous central performance from Andrea Trepat.

Alexandra Baeza (Andrea Trepat) has always been interested in space — specifically, she wants more than anything to discover extraterrestrial life. The scientist has dedicated her whole career to it. At the start of the film, Alex has just made her way back to SETI, a research facility that monitors for extraterrestrial life (SETI stands for the Search for Extraterrestrial Intelligence), settling in for the night. Outside, a storm is raging, and her coworker has just informed her that he is resigning before he is ultimately fired as SETI’s funding is being pulled. Meanwhile, Alex’s sister (Aleida Torrent) is urging her to go see their ailing father in the hospital; Alex has been too caught up in her job to visit him. While Alex believes the night will otherwise be a typical one, she is stunned when she receives a signal from the Antares binary system. With only an hour left before everything is shut down, Alex must verify the signal is not a fluke, risking everything to do so.

The sci-fi film is set in one location and, in another filmmaker’s hands, the story could have quickly and easily become tedious. After all, it can be difficult to maintain the drama — and even escalate it — without things growing quite stale after a while. However, such is not the case with The Antares Paradox. Tinoco masterfully builds the intensity, providing Alex with numerous obstacles along the way, none of which are contrived, to keep the momentum going and to ramp up the tension to a satisfying, and emotional, ending. The film shows how crucial this moment is to Alex and, even while her father’s health deteriorates and her sister becomes frustrated with her perceived selfishness, the audience can sympathize with Alex because the film doesn’t shy away from the reasons behind her actions.

Of course, The Antares Paradox would be nothing without Andrea Trepat’s portrayal of Alex, who has a lot of moxie as she pushes other characters and herself to ensure she maintains the signal coming from Antares. Trepat interacts with other actors throughout — over video chat or by phone — but she is alone for the majority of the film, and the actress really nails every emotion that Alex is feeling through every strenuous trial and moment of vulnerability. It’s a masterful performance that allows the audience to feel Alex’s desperation and conflicted emotions as she fights to be validated. It’s rare that an actor can carry an entire movie without anyone else to react to for the majority of the film, but Trepat does just that.

The Antares Paradox wrestles not with existentialism, but what is worthy of one’s time over the span of their life — the potential for extraterrestrial life in the film is more a point of conflict than a promise the audience will see aliens. Alex is so focused on discovering extraterrestrial life that she throws herself into her work, ignoring other aspects of her life that could lead to fulfillment. But as her father lay dying, Alex has to face what’s truly important and choose between them: Seeing her father before his passing or staying to confirm life from hundreds of light years away. It’s the cause of distress and the audience can see the conflict and guilt that rages within Alex, especially as her relationship with her sister begins to strain to the point of breaking.

Tinoco’s film, paired with a fabulous score by Arnau Bataller and engaging editing work from Tinoco and Frank Gutiérrez, is not one to be missed. The Antares Paradox has everything one might want from a sci-fi drama — it’s gripping, thoughtful, and compelling, its character development superb, and it has the right amount of conflict and humanity. That the film is so strong while maintaining a single-location setting is to be applauded. Ultimately, The Antares Paradox will keep audiences at the edge of their seat as they watch Alex fight to get the response she’s long hoped for. Here, the interpersonal drama is just as engrossing as the escalating possibility of extraterrestrial life. With a layered, thoughtful performance from Trepat, the sci-fi film is one of the best in recent memory.

The Antares Paradox had its premiere during the 2022 Fantastic Fest in September. The film is 97 minutes long and is not rated.