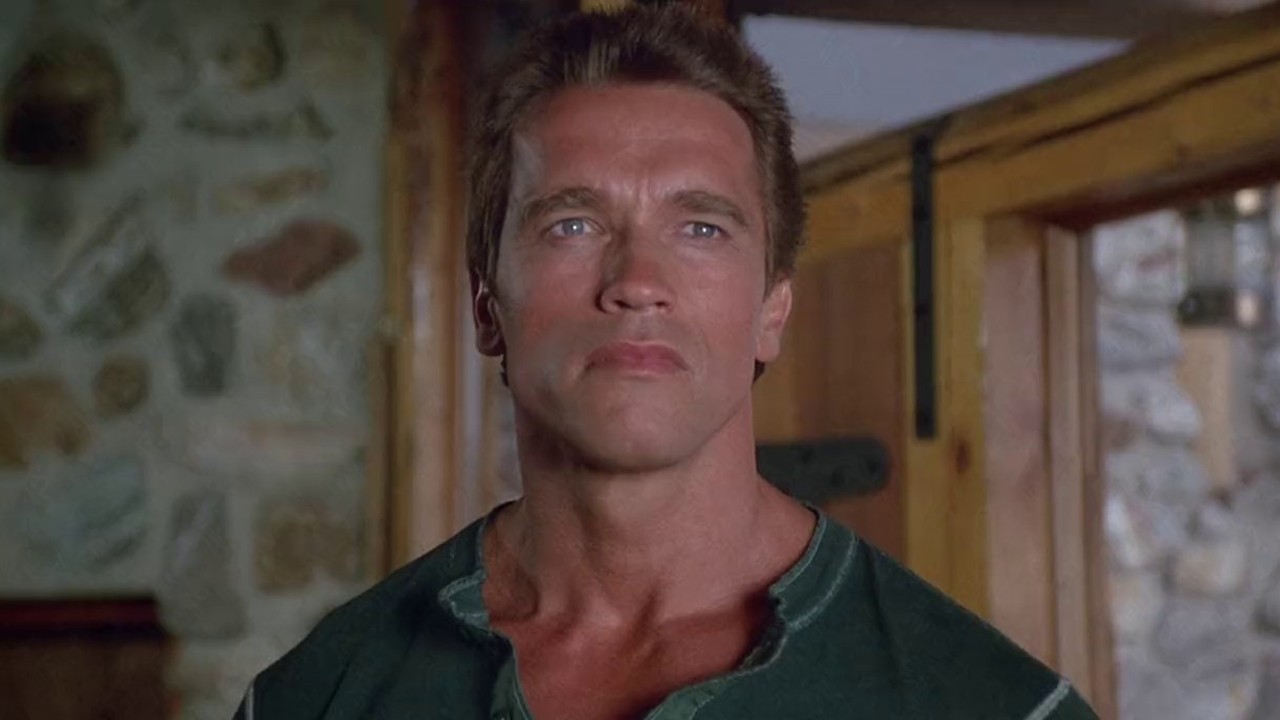 By Jennifer Asencio
| Published 4 hours ago

Just in time for the holidays, shoppers are preparing for the season with the Arnold Schwarzenegger romp Jingle All the Way. The tale of two dads on the hunt for their sons’ most-wanted gift is ranking at #7 on Hulu, according to Flix Patrol, and also spent this week in the top ten at Starz. The 1996 Christmas movie also stars Sinbad, Jake Lloyd, Phil Hartmann, and Rita Wilson.

The movie is about a common experience for all parents: the scramble to acquire a popular toy for their children at Christmas, only to find out the toy is sold out. Drawing upon the 1980s and 90s fervor over toys such as Cabbage Patch Kids and Mighty Morphin Power Rangers, the family film stars Arnold Schwarzenegger as a beleaguered and often absent father who promises his son a Turbo Man action figure as a way to make amends for missing out on a family event. However, it is Christmas Eve, and the toy is gone from the shelves, prompting him to go on a quest to every toy store in town.

Rivaling Arnold Schwarzenegger in the movie is Sinbad, who also wants to get a Turbo Man figure for his own son. The two engage in a lot of shenanigans against each other in their efforts to obtain the toy, even running across the police several times as they fight over their prize. This is also reminiscent of the demand for certain toys in the 1980s and 90s, as riots were known to break out in stores that had sold out of popular items.

Although the movie seems to have hit a note of sympathy for parents who can relate to it and kids who find it hilarious, it did not do as well with critics or audiences upon its initial release. It was co-written by producer Chris Columbus and directed by Brian Levant, and represents the fourth comedy movie that Arnold Schwarzenegger had starred in. It was criticized for being “formulaic” and has a 20% rating on Rotten Tomatoes.

However, it is one of many films that shows up around the festive season, and family films are a very powerful source of movie viewership. Jingle All the Way still has fans, in large part due to Arnold Schwarzenegger and his co-star Sinbad, both of whom have strong fanbases on their own. The two also were praised for their performances and for the family flavor of the movie.

Many of the people who were the recipients of gifts from harried parents like Arnold Schwarzenegger and Sinbad when the movie was new are now finding themselves Christmas shopping for their own children of the same age. This has re-introduced the movie to an entire demographic that can now relate to it differently than before. A child’s need for the latest toy is as inevitable as death or taxes.

Meanwhile, a new generation has been introduced to Jingle All the Way and can laugh at the follies Arnold Schwarzenegger gets into while desperately trying to get his son’s dream toy. The movie’s comedy and slapstick action are fun for the entire family on movie night as we get ready for the real holiday coming up. Catch Jingle All the Way on Hulu or on Amazon Prime with a Starz subscription.

‘They Have Changed Everything’ – Legendary Rock Band Singer Hails the...

Ruben Randall - June 13, 2022 0
Money
Venus Williams is one of the best female athletes in the world. The American broke into stardom with her eye-catching performance at an early...

“Mad Men” And “The Artist” Actress Adria Tennor Stars In “One...