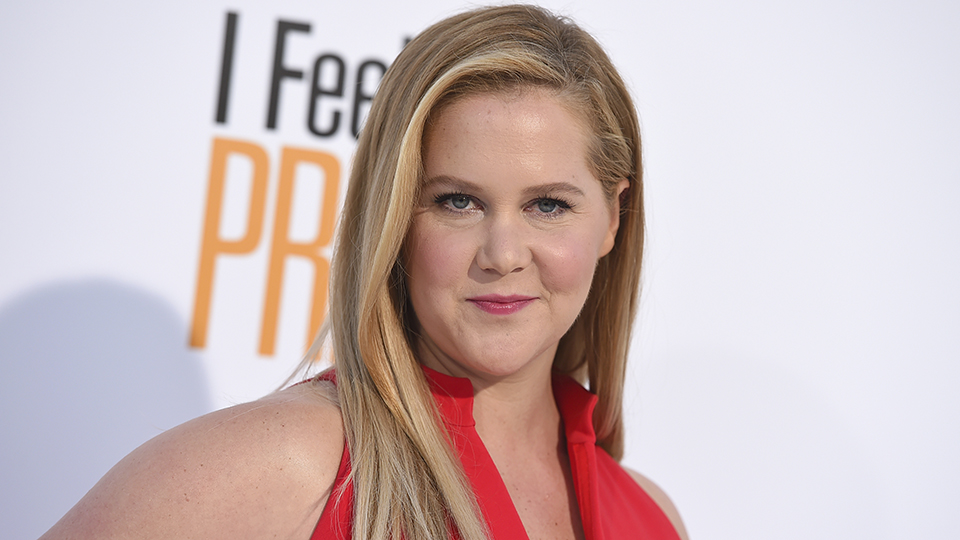 As one of the current queens of comedy, it’s understandable why fans want to know about Amy Schumer’s net worth and how much she made from Trainwreck, Snatched and other movies.

Schumer, whose full is Amy Beth Schumer, was born June 1, 1981, on the Upper East Side of Manhattan in New York City, New York. She moved to Long Island with her mother as a teenager after her parents’ divorce and attended South Side High School in Rockville Centre, New York, where she was voted “Class Clown” and “Teacher’s Worst Nightmare.”  Schumer went on to attend Towson University in Maryland, where she earned a bachelor’s degree in theater. After graduation, Schumer moved back to New York City, where she pursued a career as a stand-up comedian. In 2007, she came in fifth on the reality TV competition, Last Comic Standing, which launched her comedy career. “Last Comic was totally fun. I had a great time because there was no pressure on me; I had been doing stand-up around two years. I wasn’t supposed to do well. So every time I advanced it was a happy surprise. I kept it honest on the show and it served me well,” Schumer told Serial Optimist in 2011.

Her big break came in 2013 when she premiered her sketch comedy show, Inside Amy Schumer, with Comedy Central. The show, which aired for four seasons until its finale in 2016, led Schumer to eight Emmy nominations, including one win for Outstanding Variety Sketch Series in 2015, and kickstarted her on-screen career with movies like Trainwreck, Snatched and I Feel Pretty. “Most days it’s fine, and then some days it’s like that episode of Black Mirror where everybody’s filming on their cell phones,” Schumer told InStyle about fame in 2017. “It’s constant surveillance, and it feels like a violation. It is still new enough for me that I’m bothered by it. I never fantasized about the fame part of anything. I was only afraid of it.”

So what is Amy Schumer’s net worth? Read on for how much Schumer made from Trainwreck, Snatched and other projects and what she’s worth today.

How much did Amy Schumer make from Trainwreck?

How much did Amy Schumer make from Trainwreck? Schumer wrote and starred as the lead of 2015’s Trainwreck. The movie, which earned Schumer a Golden Globe nomination and a Critics’ Choice Award, grossed $110.2 million in North America and $30.6 million overseas for a total gross of $140.8 million, against a budget of $35 million. The film also grossed $30.1 million in its opening weekend, which made it director Judd Apatow’s second biggest-debut just behind 2007’s Knocked Up, which grossed $30.7 million its opening weekend. According to a report by The Hollywood Reporter in 2015, Schumer made $300,000 to write and star in Trainwreck, with backend bonuses based on the movie’s box office performance. The magazine also reported that Schumer’s backend bonuses likely paid her more than what she made for her salary as a star and writer.

How much did Amy Schumer make for Snatched? 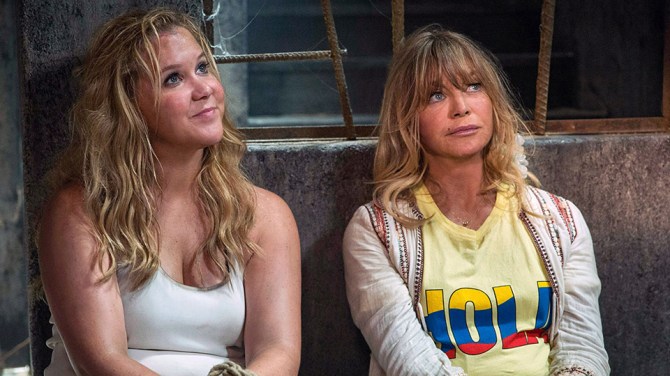 How much did Amy Schumer make for Snatched? Schumer starred as the lead of 2017’s Snatched, alongside Goldie Hawn. according to a 2015 report by The Hollywood Reporter, Schumer made between $4 million to $5 million for her role in the movie because of her success in Trainwreck, which premiered two years before. The magazine reported that Schumer asked 20th Century Fox for $10 million to star as the lead in Snatched before the studio negotiated her down to $4 million to $5 million. The magazine also reported at the time that Schumer also received a $1.2 million option for her next movie with NBC Universal due to her success in Trainwreck.

What did Amy Schumer get paid to host the Oscars in 2022?

“I was really excited about [hosting], but then I realized that out of all the jobs that I have, this one is actually gonna cost me money,” Sykes told Kimmel, who responded responded, “It is going to cost you money—will you say how much you get paid for this?” Sykes joked that she made the minimum SAG-AFTRA union members could get paid. “I don’t even know, it’s, like, scale probably,” she responded, to which Kimmel noted that he was paid “less than” scale when he hosted the Oscars. “It’s less than that,” he said. “I got paid $15,000 to host the Oscars. And there’s one of me! You guys will probably have to split that,” he said. Kimmel then told Sykes to renegotiate her deal. “You’re getting robbed, you know what? Hold out right now because they need hosts, you know?” he said, to which Sykes joked that her plan to make her money back was to “steal an Oscar.”

In an interview on the “Kevin & Bean” radio show in 2017, Kimmel revealed that his pay was so low to host the Oscars that year because he was one of the last choices. “I think it’s illegal to pay nothing,” he said. “I’m not sure I was supposed to reveal this. But nobody told me not to. I consider this their fault.” He continued, “They asked like 14 people and they all said no and then there was me. I absolutely was surprised.” Kimmel also revealed that Billy Crystal—who hosted the Oscars nine times in 1990, 1991, 1992, 1993, 1997, 1998, 2004 and 2012—and Chris Rock (who hosted the Oscars twice in 2005 and 2016) were also paid $15,000 for the gig. According to a 2013 report in The Hollywood Reporter, the average Oscars host salary is between $15,000 to $25,000. The magazine also reported that Seth McFarlane made more than $15,000 SAG-AFTRA minimum when he hosted the Oscars in 2013. In an interview with The Hollywood Reporter at the time, Alec Baldwin, who hosted the Oscars with Steve Martin in 2009, hinted that his pay was low and on par with other Oscars hosts. “They don’t pay you any money; the Oscars pay you like chicken feed,”he said. “It’s all about the honor of helping to extol film achievement.”

What is Amy Schumer’s net worth? 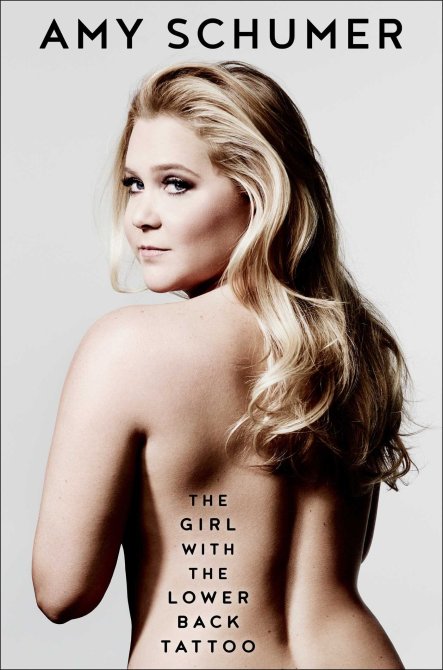 What is Amy Schumer’s net worth? Schumer is worth $25 million, according to Celebrity Net Worth. Along with what she made from Trainwreck, Snatched and as a 2022 Oscars host, Amy Schumer’s net worth also includes what she made from her 2016 book, The Girl With the Lower Back Tattoo
. According to a 2015 report by The Hollywood Reporter, Schumer signed a deal with HarpersCollins in 2013 for a $1 million advance for the book, but she ended up returning the advance after Simon & Schuster’s imprint, Gallery Books, beat several suitors in 2015 to buy the book of essays for $9 million. The magazine also reported that the United Kingdom rights to The Girl With the Lower Back Tattoo were also told to Harper in 2015 for six figures after an auction with other publishing houses.

Variety also reported in 2016 that Schumer signed an $11 million deal with Netflix for her 2017 Netflix stand-up comedy special, “The Leather Special.” However, when she learned that her fellow male comedians, Chris Rock and Dave Chappelle, made around $20 million per Netflix special, she went back to Netflix and asked for more money. Though Schumer’s salary for “The Leather Special” hasn’t been confirmed, Variety reported that she “received significantly more compensation” after she compared her offer to Rock and Chappelle. Schumer later confirmed in an Instagram post that she didn’t ask for $20 million like Rock and Chappelle because she acknowedged they had more experience.

“Thank you for chiming in on what you feel I deserve to be paid,” she wrote in a since-deleted post. She went on to note that “women deserve equal pay,” but she didn’t believe she should’ve received the same salary as Rock and Chappelle based on her work at that time. “However I don’t believe I deserve equal pay to Chris and Dave. They are legends and 2 of the greatest comics of all time,” she wrote.  She continued, “I didn’t ask for the same as my friends. I did ask for more than the initial offer. I will continue to work my ass off and be the best performer I can be. The reports of me ‘demanding’ or ‘insisting’ on equal pay to them aren’t true.”

Trainwreck is available to stream on Peacock Premium. Here’s how to watch it for free.

Ruben Randall - October 24, 2022 0
Celebrity
The injury bug is showing signs of its mid-season form, as the Las Vegas Raiders are challenged yet again with replacing a frequent...