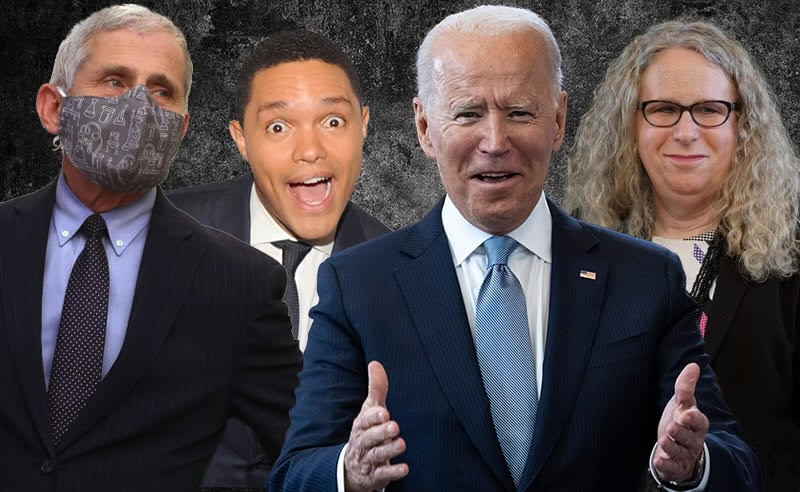 American society reads like satire. But don’t you dare laugh about it. Laughing about it is offensive.

“The Daily Show” has aired on Comedy Central for 27 seasons. Last week, Trevor Noah announced his departure from the show. Noah failed as host of the program. He lost over 76% of his predecessor Jon Stewart’s audience. His content was inherently unfunny.

But Noah’s hacky skills are hardly the story. The network chose him despite knowing he couldn’t make more than a niche subsection of the population pretend to laugh. In fact, that made him the ideal candidate for the role.

Trevor Noah is diverse, predictable, safe, and an ardent progressive. Those qualities matter more than humor and talent. They’ve come to define the state of satire.

Comedy is no longer creative or effective. “Saturday Night Live” subtly realized this over the weekend. On Saturday, the program returned for its 48th season. The show predictably opened with a skit parodying former President Donald Trump. Just as predictably, the sketch fell flat. But the bit didn’t only mock Trump. It also poked fun at itself. A character portraying Peyton Manning described the direction of the program as challenging.

“The show’s in a rebuilding year for sure. Fourteen attempted jokes this episode, only one mild laugh and three chuckles,” the character joked about the truth. “Thank God they’ve got Kendrick Lamar because that’s the only reason anyone is tuning in.”

The demise of comedy is partly due to an unhealthy infatuation with Trump. He’s such an overbearing figure that supposedly funny content creators feel obligated to repeat their lines about him to drum up retweets.

However, just as responsible for the fall of the genre is a culture fueled by outrage. “SNL,” “The Daily Show” and stand-up comedians are frightened shells of their former selves. The thought-police have clamped down the art of jokes.

If you think the mob has scared the cowardly press, look at what these unreasonable hemophiliacs have done to satire.

Performers used to clap themselves on the back for that killer joke that drew “oohs” from the crowd. Today, they just hope no one in the crowd calls them bigoted on social media.

The list of apologies from comedians is extensive and escalating. Did you know all jokes are either racist, homophobic, transphobic, dangerous, or threatening? Well, it turns out they are.

Comedy is predictable and repetitive. If you hadn’t heard, white women like coffee, Trump has small hands, and a man wore Viking horns to the Capitol.

That’s about the extent of the political derision from corporate “comedic” brands. And what a time to see such a historically significant part of American culture, comedy, wane.

Truthfully, never has there been more fodder for witty satire. The country deserves to look itself in the mirror with both laughter and humiliation. American culture is a bleeding parody of an Orwellian society.

Compromised dorks hold the most influential positions in the nation. They’ve tried to redefine the most basic words in the English language. Our wacky society is in an ongoing dispute over the term “woman.”

The United States Air Force mandates cadets undergo “gender-inclusive training” that shuns the words “mom” and “dad” on behalf of the idea that some parents are neither. The U.S. is prepared to fight the next war with pronouns.

Our President struggles to speak and hopes to soon receive assistance from Rep. Jackie Walorski, who died this past summer. And more powerful than he has been a little bureaucrat who likely helped fund the creation of the virus from which he doubled his net worth.

A term called “equity” is the leading political message from the White House. What is equity, for those still unsure of its importance? Vice President Kamala Harris explained last week it means withholding hurricane relief from white people until all communities of color are situated.

Yes, this would have been a hilarious bit. Unfortunately, it’s not. Harris actually argued in favor of this equitable idea.

These topics are off-limits to comedians at large. The few brave voices still practicing comedy — from the following names to Alex Stein — have been firmly warned there’s a price to pay for daring to publicize jokes that run afoul of the prevailing media narrative.

In March, The Babylon Bee lost access to its Twitter account for awarding a government official named Rachel Levine, a biological male who identifies as a woman, its “Man of the Year.” Twitter deemed the joke “hateful,” and demanded The Bee delete the post itself to admit wrongdoing.

The tweet was so hateful that its nod played out in reality when the NCAA nominated Lia Thomas, a biological male who competes against female swimmers, for Woman of the Year just months later.

Even recently-created parody accounts have struggled to stay afloat. For example, Meta deleted a popular Instagram page last year for its mockery of Dr. Fauci’s stumbling expertise. Its jokes were a form of “misinformation,” says Meta.

Bill Maher is “fatphobic” because he includes obesity rates in his “New Rules” segments. Being fatphobic is almost — but not quite — as bad as being racist, Hollywood journalists say.

We haven’t checked in a bit, though last we knew, Netflix staffers were still staging walkouts demanding Dave Chappelle’s cancellation for including both straight and trans people in his monologue last fall.

Political satire had great importance to the discourse of the conversation. An effective joke not only makes you laugh but also think. It makes you realize the wackiness of your own staunch ideology — this includes topics of sensitivity.

“SNL” and “The Daily Show” and political comedians once existed to look at society through a humorous lens. That is the case no more.

If Donald Trump or white supremacy aren’t the subjects of the joke, it comes with severe risk. The tone might hurt the wrong social media user’s feelings.

The backlash is too grave. Performers and their brand partners don’t have the backbone to withstand the heat.

American culture is satire and we aren’t allowed to laugh.

Emma Watson Didn’t Know What to Say After Daniel Radcliffe Called Her an ‘Animal’...

How The Kardashian-Jenner Family Stays Rich