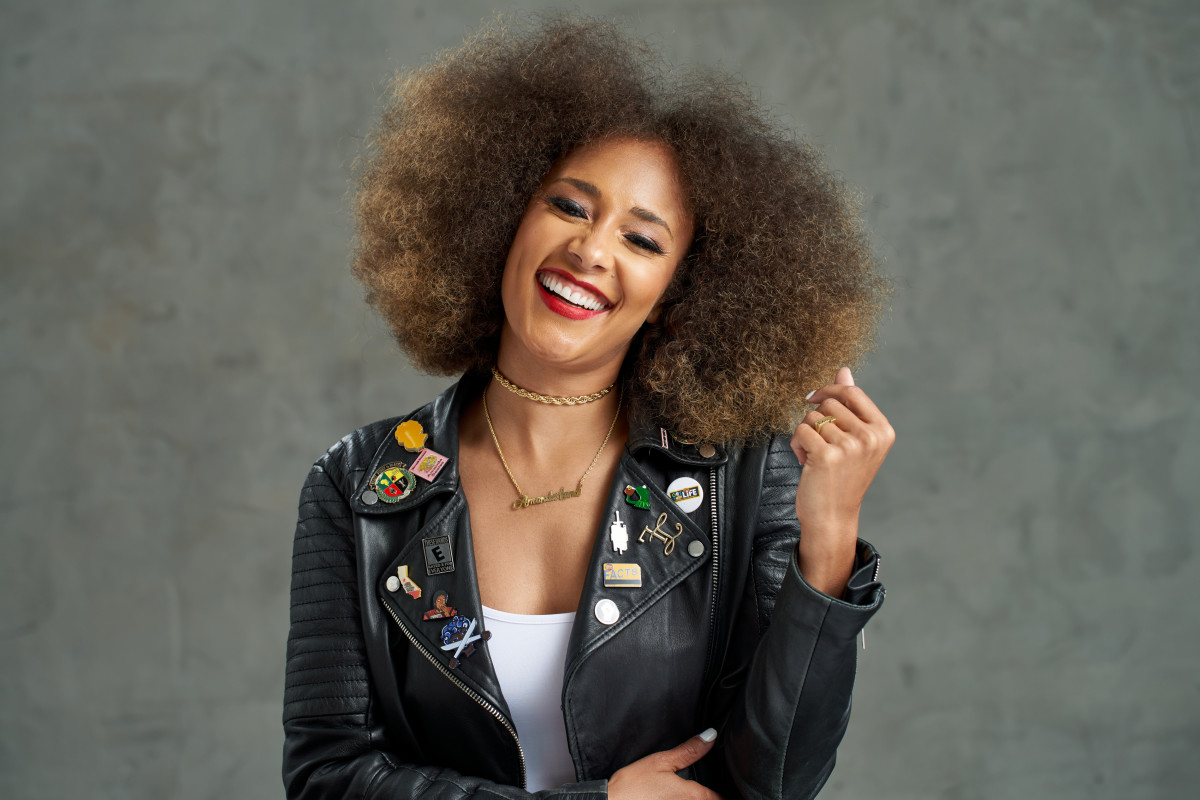 Amanda Seales is one of the most revered voices of our generation, and while it may not be a scientific fact, Seales’s comedy tour proves such. Whether she uses her wide-ranging acting abilities to bring dynamic characters like Insecure’s Tiffany DuBois to life or employs her comedic talents to discuss social justice issues, Seales’s voice is not only powerful but necessary. As the California native continues to make her rounds on her “Black Outside Again Tour,” Seales reminds us just how skilled she is in using humor to dissect current events and how they affect the Black community. The tour kicked off earlier this year in California and is set to conclude in early December in Chicago.

While the year itself may be winding down, there’s still time to grab tickets for the comedy tour. For Seales, she’s most excited for attendees to not only feel seen and represented but also rejuvenated.

“What people can expect on this tour is, basically, just full-frontal Amanda. A lot of folks have only been watching me on Instagram for the past few years because we’ve been stuck inside, and I’m not an Instagram talent. I’m an actual comedian and a stage performer, so y’all get to see me in my natural habitat doing all the things I do,” Seales told UPTOWN. “That includes having opinions and jokes about what’s going on in this world and this nation and also about the experience of being a Black woman, and of being a Black person in this world, and in this nation. I think for a lot of us, we may not get to really see our experiences or hear about our experiences being told in front of us, and it makes us feel lonely. I hope that when people come to my show, they feel seen and they feel revitalized.”

As dazzling as Seales’s comedic persona is, it’s not the only way that she’s connecting with her audiences in the multiple cities on the tour. During each show, Seales has a segment dedicated to a local community organizer to bring awareness to issues affecting their respective communities. Seales believes bringing this work to the forefront aligns with her action-oriented and politically-minded audiences.

“I’m just really trying to be about the community in any way I can, and doing so with audiences who are already in the room just felt like a natural fit. Being able to bring the work that people are doing in front of people who I know are interested in helping, I feel like I have an action-oriented audience that is politically minded and that is socially aware but sometimes may not have the insight on to how to connect to the work that they would love to see done,” Seales said to UPTOWN. “I think a lot of people also don’t realize that what they may be identifying something that needs to be improved, there are people already on the ground who have been working on that. So you don’t have to start from scratch, you can get on the ground with those people as support, and lift up and build up what they’ve already been at, and that’s really just the bottom line. I’ve also partnered with HeadCount to register voters at my show, so I’ve been really excited about being able to implement these two things in my shows.”

It’s not surprising that her track record of bringing attention to the various issues that Black people face might garner her the title of an “organizer,” but the comedian rejects that term.

Seales may be a global phenomenon and household name when it comes to encouraging her supporters to create change, but according to the actress, she’s always been that way.

“I would say I’ve always been that way. I feel like it’s very much about just fairness, and that’s what I was raised on, not letting injustice, unfairness, or shadiness just go unchecked,” Seales explained. “I feel like I live in that space on a micro level, like when I see something in front of me, which is why I would get into fights on the train in New York. But, also on a macro level, when we’re looking at just the myriad of ways globally that regular people are taken advantage of. I feel that was always a part of my household.”

NY AG Letitia James is cooking up a lawsuit that could bring down Trump’s...

4 Stars You Forgot Appeared in the Teen Soap