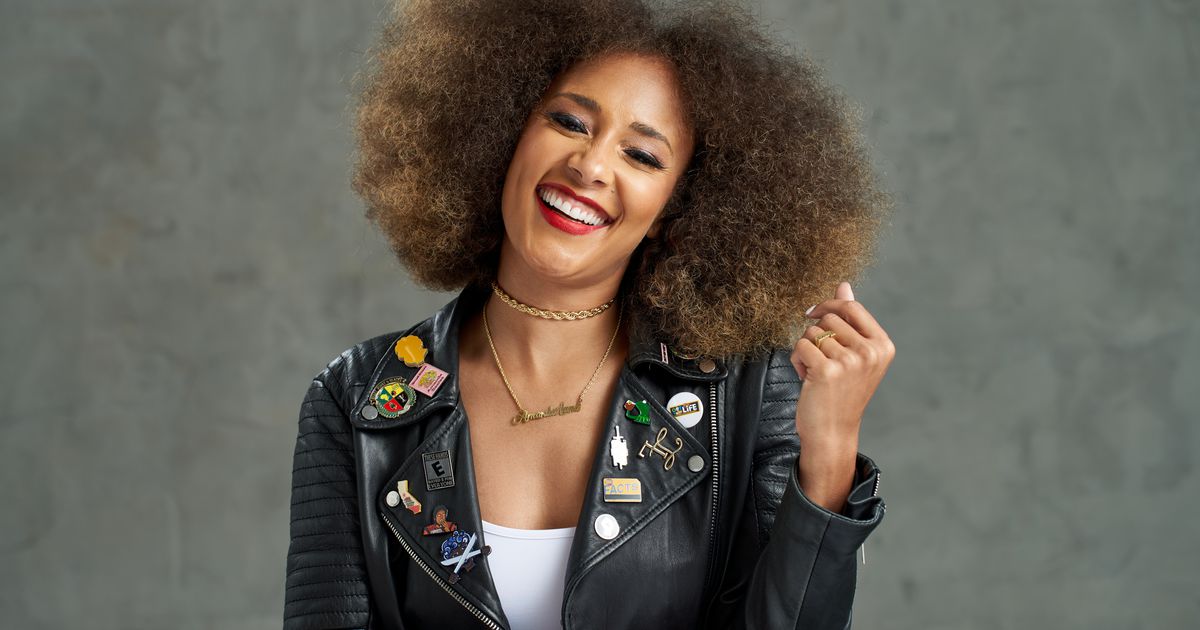 For the ATL stop, Grammy-nominated rapper and radio host Da Brat and television personality and LGBTQ+ activist Ts Madison will wear the title and duke it out. They could be thrown a trivia question about Donny Hathaway’s “This Christmas,” a holiday song firmly planted in the Black lexicon. Or they could be asked to deliver a fiery debate on the Los Angeles Lakers basketball squad that repped the franchise better: the 80s era featuring Kareem Abdul-Jabbar and Earvin “Magic” Johnson or the 2000s era with Kobe Bryant and Shaquille O’Neal.

“When I reached out on Instagram, Pinky Cole [the owner] called me immediately and said, ‘Girl, what we got to do?’” Seales laughed. “It really says a lot about how Black business owners and innovators have to support one another.”

With a master’s degree in African-American studies with a concentration in hip-hop from Columbia University – a major that she created – Seales is well-equipped to curate the one-of-a-kind experience that “Smart Funny & Black” provides.

Since its inception in 2016, she has written the show herself. From the jokes to the music selection to the games to the visual choices, Seales, with the help of her production crew, has created a well-oiled machine. In fact, she treats each of her trades with the same mastery.

Last year, “Insecure” fans said goodbye to her character Tiffany DuBois when the beloved HBO series ended. In 2019, her stand-up comedy special “I Be Knowin’ ” debuted on HBO. She’s had stints as a host on the Daytime Emmy Award-winning talk show “The Real” and NBC’s “Bring the Funny.” Every week, she tackles topics including racism, sexism, classism and other isms on her podcast “Small Doses.” Her book of essays, axioms and photos shares the same name. She drops daily gems to her 2 million Instagram followers, and visual art, deejaying and singing are also a part of her list of expertise.

“For a long time, people were like, ‘You do all these things. Sounds like you do nothing. You need to pick one thing that you do,’” she said. “Luckily, the world opened up and this concept of being a multi-hyphenate became a real thing. I’ve mastered a bunch of different things.”

Seales is synonymous with Black culture for many. She’s been intentional about her brand and her art. It centers on “edu-tainment,” community building and advocacy for Black voices, and her “Smart Funny & Black” show checks all those boxes. It’s an example of the type of work she’s always wanted to do.

“When I went to Columbia University, I literally put in my admission essay that I wanted to create art and be able to speak for the betterment and empowerment of Black folks,” she said. “The fact that I get to live my life doing that is my greatest accomplishment.”

Stuff to Watch: Your guide to the week’s best on Sky...